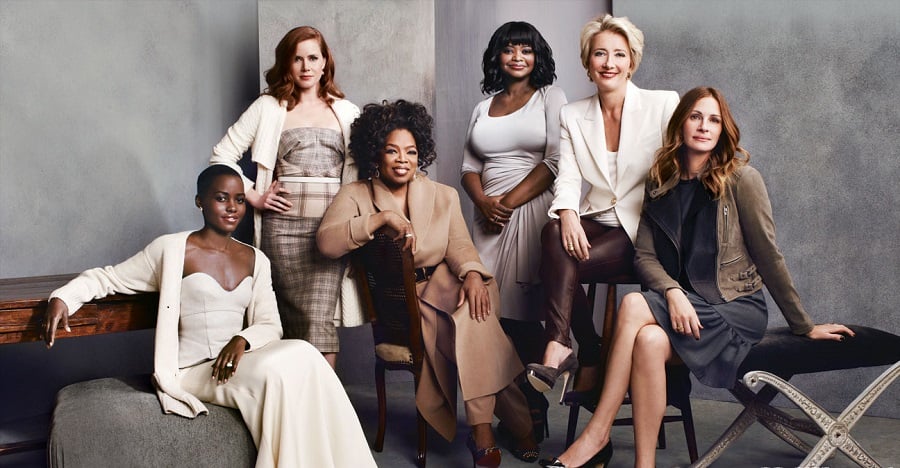 While the entire world along-with Google is celebrating the International Women’s Day, I couldn’t find a better topic than Lupita Nyong’o to write upon this special day. The name which has now become commonplace echoing at every part of the globe, is nothing but a strong source of inspiration to many, especially our black sisters.

I had goosebumps when I heard her speech, as she accepted an award for Best Breakthrough Performance at the seventh annual Black Women in Hollywood Luncheon hosted by Essence magazine. And then when I saw the girl so confidently receiving her golden statuette for Best Supporting Actress award with her emotional speech, I understood Lupita Nyong’o is not the name of the night. She has a long way to go for sure.

A few days before her historic Oscar win for her debut role in 12 Years a Slave, Lupita had also accepted an award for Best Breakthrough Performance at the seventh Annual Black Women in Hollywood Luncheon. It was there that she delivered a historic speech on beauty that every girl should hear, who isn’t happy with her complexion.

Here is the transcript of her speech, which I wanted you to go through it apart from watching the video. Her every word she spelled came out as a powerful weapon against racism, motivating every women in the world to thank God for the color they’ve been blessed with.

Do have a read!

I received a letter from a girl and I’d like to share just a small part of it with you:

“Dear Lupita,” it reads, “I think you’re really lucky to be this Black but yet this successful in Hollywood overnight. I was just about to buy Dencia’s Whitenicious cream to lighten my skin when you appeared on the world map and saved me.“ My heart bled a little when I read those words. I could never have guessed that my first job out of school would be so powerful in and of itself and that it would propel me to be such an image of hope in the same way that the women of The Color Purple were to me.

I remember a time when I too felt unbeautiful. I put on the TV and only saw pale skin, I got teased and taunted about my night-shaded skin. And my one prayer to God, the miracle worker, was that I would wake up lighter-skinned. The morning would come and I would be so excited about seeing my new skin that I would refuse to look down at myself until I was in front of a mirror because I wanted to see my fair face first.

And every day I experienced the same disappointment of being just as dark as I had been the day before. I tried to negotiate with God: I told him I would stop stealing sugar cubes at night if he gave me what I wanted; I would listen to my mother’s every word and never lose my school sweater again if he just made me a little lighter. But I guess God was unimpressed with my bargaining chips because He never listened. And when I was a teenager my self-hate grew worse, as you can imagine happens with adolescence. My mother reminded me often that she thought that I was beautiful but that was no consolation: She’s my mother, of course she’s supposed to think I am beautiful. And then Alek Wek came on the international scene. A celebrated model, she was dark as night, she was on all of the runways and in every magazine and everyone was talking about how beautiful she was.

Even Oprah called her beautiful and that made it a fact. I couldn’t believe that people were embracing a woman who looked so much like me as beautiful. My complexion had always been an obstacle to overcome and all of a sudden, Oprah was telling me it wasn’t. It was perplexing and I wanted to reject it because I had begun to enjoy the seduction of inadequacy. But a flower couldn’t help but bloom inside of me.

When I saw Alek I inadvertently saw a reflection of myself that I could not deny. Now, I had a spring in my step because I felt more seen, more appreciated by the far away gatekeepers of beauty, but around me the preference for light skin prevailed. To the beholders that I thought mattered, I was still unbeautiful. And my mother again would say to me, “You can’t eat beauty. It doesn’t feed you.” And these words plagued and bothered me; I didn’t really understand them until finally I realized that beauty was not a thing that I could acquire or consume, it was something that I just had to be. And what my mother meant when she said you can’t eat beauty was that you can’t rely on how you look to sustain you. What is fundamentally beautiful is compassion for yourself and for those around you. That kind of beauty enflames the heart and enchants the soul. It is what got Patsey in so much trouble with her master, but it is also what has kept her story alive to this day. We remember the beauty of her spirit even after the beauty of her body has faded away. When Lupita took over the stage to accept her Oscar trophy, it was indeed one of the golden moments of the Oscars 2014. Skeptics and pessimists believe that her movie’s adaptation of Solomon Northup’s memoir enslavement was nothing but a pure awards bait and even Ellen at the event summed up saying, “there are two possibilities for Best Picture: Either 12 Years wins, or “you’re all racist.”

It was only when Nyong’o took the mike to give a ‘thank you’ speech, the perception towards the movie changed for sure by many.

Here is an excerpt from her Oscar speech,

“It doesn’t escape me for one moment that so much joy in my life is thanks to so much pain in someone else’s,” she said after quickly thanking the academy. “And so I want to salute the spirit of Patsey for her guidance. And for Solomon, thank you for telling her story and your own.” While there is no doubt, Lupita’s debut performance as a brutalized supporting hand in 12 Years a Slave has been recognized by the world; her fashion statement has also been getting rave reviews lately. She has now explicitly turned into a ‘global fashion icon’ overnight. Whether it’s her Ralph Lauren dress for Golden Globes or custom-fit Prada gown that she wore to Oscars; she has been under the spotlight since then.

It’s indeed thrilling to see how a dark undertoned girl has now become the epitome of glamor, especially in a culture where beauty has always been measured by whiteness.

With all the post-awards interviews, that Twitter’s record-breaking selfie and those endless media headlines rolling out after the Oscars, these are a few moments you’d be forgiven for overlooking. This is the reason I came up with this special edition on Women’s Day gathering everything Lupita had to say. And I strongly believe her inspiring speech will touch your heart, making you more compassion than ever.

Lupita, thanks for being an Inspiration for this generation and for the generations to come…Way to go girl!!

Cheers to the womanhood!!

Eyeliner Tips and Tricks for Every Event