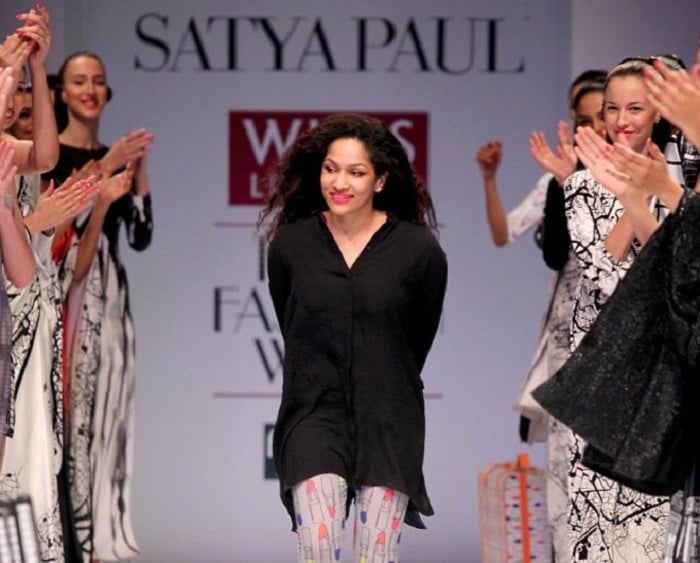 When it comes to designer sarees, there is only one name impersonating in the Indian fashion domain and i.e. Masaba Gupta. Masaba’s debut in Wills Lifestyle Fashion Week caught up the the entire nation’s attention because of her breathtaking collections.

Ever since she has stepped into the fashion industry, her career has been on a roller coaster ride not only making her parents proud of her but the entire nation. She has undoubtedly caught up all the style-conscious and fashion-centric enthusiasts by their nerves.

She is the one women from all generations going head over heels for her designs, whether be it her own mother, Neena Gupta, Mandira Bedi or Sonam Kapoor. Atleast fashionista from three generations are hugely baiting on her and with her recent collaboration with Satya Paul, her demand has manifolded than ever and she is now counted among the most sought-after fashion designers in India.

I have already written about this designer in length. Let me just have a quick sneak pick on her profile. Continue reading!

This young talent is extremely talented and multifaceted, even having a knack for dancing and classical music to name a few. She is the talented daughter of cricketer Vivian Richards and Neena Gupta, who neither chose sports nor theater rather decided to set her own benchmark in fashion.

This budding power house was once schooled under Shamak Davar in dancing and had also flown to London to study classical music. However, there was something else waiting for her in her destiny. And when she got enrolled into Anupam Kher’s school, she then discovered what was exactly in store for her. Finally, she joined SNDT and there was never looking back. Under the label ‘Masaba’ she had exhibited first collection ‘Kattran’ at Lakme Fashion Week Spring/Summer in 2010 under the Gen Next category. She was also awarded ‘Most promising Designer of the Year’ award for her quirky designs. Besides, she is also the youngest designer to have ever showcased at WILLS LIFESTYLE INDIA FASHION WEEK 2010.

In order to restore their position and brand value, Satya Paul roped in Masaba anointing her as Director of Fashion Designer in their company. She not only stood up to their expectations, but has given the brand a new leap by giving the world a new definition to our traditional 6 yard drape. Masaba’s designer sarees have now become a huge, especially the neon printed and the ones worn by Sonam Kapoor. Sonam can be hugely credited for popularizing her saree designs.

The Autumn/Winter Collection 2013 from the house of Satya Paul was a huge hit this year.

Her designs were appreciated even by the most rigid fashion analysts. The lipstick prints, the ink blot on garments, the abstract designs and the telephone booth imprints to name a few have become quite popular with almost every other celeb seen donning her numbers. Because of the huge demand, even we have some of her fabulous collections in our catalog. Scroll on to check them out! 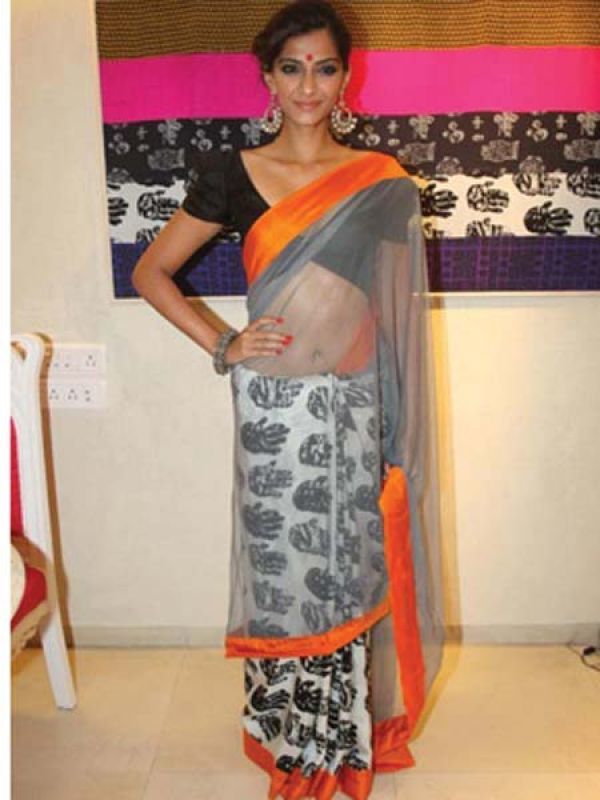 I hope you enjoyed this post! Do let me know which one you liked!

Why Use Organic Beauty Products?

Everything That You Need To Know About Yoga For Thyroid

Top 21 Home Remedies To Get Rid Of Swollen Lips