Life is about having fun and making it big, whether you are in personal or professional zones. But, off and on, many of us come a bit under the weather, either through pain or fever. 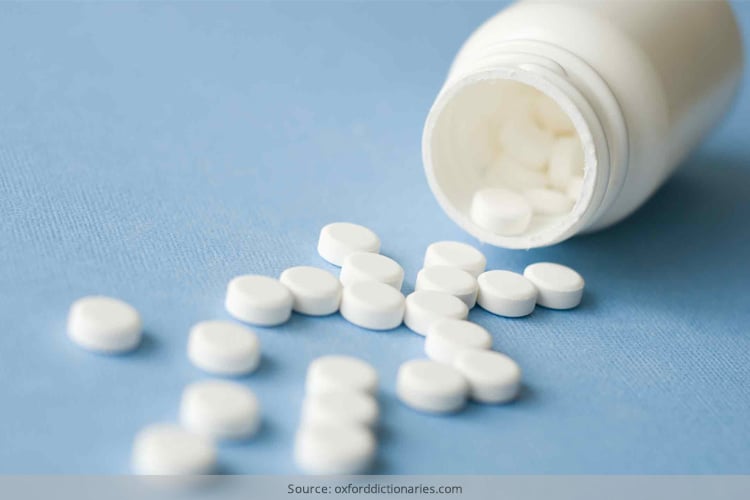 No doubt, the doctor will prescribe to us a battery of pain relievers and fever fighters (which makes us sulk and very rightly so). But there is one such OTC drug you need to know – Tylenol which provides relief when it comes to treating common colds, fevers, headache, muscle aches, to even arthritis, backache and toothaches. Sounds like a multi-talented drug, right? We will find out more.

Tylenol is not a small drug, but a successful one sold in different formulations. And the list includes Tylenol Childrens, Tylenol Sinus, Tylenol Cold, Tylenol Extra Strength etc.

What Does Tylenol Do?

Tylenol, scientifically known as Acetaminophen (or APAP), is the most popular painkiller in the United States. Did you know that Americans take over 8 billion pills of Tylenol each year in the form of tablets or capsules?

Acetaminophen happens to be the general (or generic) name for Tylenol (which is a brand name). Although200 medications have acetaminophen, most of them do not have “Tylenol” name on their labels.

When it comes to causing relief from headaches, and common aches and pains, Tylenol (or Acetaminophen) can be a good choice, and universal too. In fact, it can be taken on a long-term basis by most people suffering from arthritis and other chronic painful conditions.

What Is The Active Ingredient In Tylenol?

The active ingredient in Tylenol is paracetamol. This ingredient is a popular over-the-counter drug used to treat various fevers and pains. (1)

How Does Tylenol Work?

Okay, we will study a bit – the chemistry part – of the workings of the analgesic Tylenol (the brand name of Acetaminophen).

Acetaminophen slows down the creation of chemical messengers called prostaglandins, which the body produces in response to an injury or illness. You can say that by blocking the prostaglandin functions (while not affecting others), Acetaminophen reduces the pain. Prostaglandins, by the way, are known to trigger inflammation and swelling of body tissues.

[Also Read: How Long Does Ibuprofen Take To Work]

It is safe as long as the doses are taken in limits, without crossing the excessive dosage limit. Excessive alcohol may convert Tylenol into toxic products in your liver, so got to be cautious there. (2)

How Long Does Acetaminophen Take To Work?

It all depends on your body condition and health. Tylenol is not a magical medicine straight out of Grandma’s kitchen that will show results immediately after its intake. It has to first dissolve in the digestive tract, and enter the blood stream. Once the content enters the brain, acetaminophen or APAP starts blocking all the pain signals, giving you relief.

Tylenol, when taken on an empty stomach, will start its working in 15-20 minutes. But, if you have had a meal and then taken Tylenol, it will take between half an hour to sixty minutes to show its working.

Just like any medicine, do not expect Tylenol to work wonders. Wait and watch, as the healing process takes some time. But do not make the mistake of taking an overdose of Tylenol, if you want immediate results.

How Long Does Acetaminophen Last?

How Often Can You Take Acetaminophen ?

Tylenol is usually taken to get relief from fever, pain, and aches that happen as a result of cold or flu. The manufacturers have cut down on the dosage in order to prevent casualties.

Bear in mind that you should not take Tylenol on your own.You need to follow the dosage as suggested by the doctor. When taken in excess, tylenol can end up damaging your liver and cause death. Rush to the doctor immediately,if you feel the following symptoms of stomach pain, nausea, appetite loss, itching, clay-colored stools, etc. after taking Tylenol.

Should You Take Acetaminophen With Or Without Food?

It is not any rule to take Tylenol with or without food, it entirely depends on you. So, regardless of meals, Tylenol can be consumed.

What Happens If You Miss A Acetaminophen Dose?

There’s nothing to worry if you’ve missed a dose of Tylenol. Firstly, Tylenol doesn’t need to be taken in doses and could be taken only when required. So even if you miss a dose, take it as soon as you remember.

Two things are what you need to do immediately when you take an overdose of Tylenol. Call for medical help without waiting much. Because an overdose of Acetaminophen is not only fatal, it can lead to nausea, vomiting, loss of appetite, pain in stomach, sweating, confusion and weakness. Later symptoms of an overdose of Tylenol include pain in your upper stomach, passing of dark urine, and yellowing of your skin or the whites of your eyes.

But yes, do not make this mistake of taking an extra dose just to make up for the missed one. Just skip the dose when the time of taking the next dose is near.

What Can Acetaminophen Cure?

Side Effects Of Acetaminophen:

There are two kinds of side effects that you can experience on taking Tylenol – a/ common ones and b/ serious.

While the common side effects include constipation, headaches, vomiting, insomnia, the side effects on a serious scale include development of red or blistering skin, skin rashes, hives, itching, swelling of the face, throat, tongue, lips, eyes, hands, feet, ankles, or lower legs, difficulty while breathing or swallowing food, upper abdomen pain, appetite loss, passing of dark urine, jaundice (yellowing of the skin or eyes), sweating, and unusual bleeding. (3)

When you develop any of the serious side effects after consumption of Tylenol or Acetaminophen, then immediately stop its further intake and consult your doctor immediately.

Symptoms such as hives, difficulty in breathing or swelling of the face, lips, tongue, and throat give out a strong indication of an allergic reaction.

Every medicine has its share of side effects. So, if you experience the following symptoms after taking tylenol, then discontinue its use immediately:

What not to take with Acetaminophen?

There are things which you need to avoid while taking Tylenol. First of all, avoid drinking alcohol, as it can up the risk of liver damage. Secondly, before taking any medication for cold, allergy, pain, or sleep, consult your doctor or pharmacist for advice.

Acetaminophen (also known as APAP in abbreviated form) is found in many combination medicines. When you are taking certain products together, they can get you an excess of acetaminophen, which in all probability can turn fatal.

Also, whenever you are buying an OTC drug, check the label to find out if a medicine has acetaminophen or APAP.

When To Stop Using Acetaminophen?

Tylenol can help when needed, but sometimes the problem might be much more serious than the use of this drug.

It’s best to stop the usage of Tylenol when :

Stop the intake of Tylenol and go see a doctor instead.

Refrain from taking Tylenol (or Acetaminophen) when you are down with either of these health problems:

At the annual meeting of the American Public Health Association, a study was presented in 2013 in which it was found that upon combining acetaminophen-based pain relievers like Tylenol with small amounts of alcohol makes you prone to the risk of kidney disease twice.

One more piece of advice. Pregnant women should take doctor’s opinion before taking Tylenol. After all, it is the question of safety of the foetus and of the pregnant mom too. Also, acetaminophen has the ability to pass into the breast milk. This can harm a nursing baby. So, do tell your consulting doctor if you are in the breast-feeding stage.

Now that you know the points to consider when taking Tylenol, follow them religiously. Refrain from giving Tylenol to children who are below two years. It is always better to consult a doctor before you take this extreme step.

How To Store Acetaminophen?

Be sure to store tylenol at room temperature. It should be stored in a place that doesn’t have contact with moisture, light or heat. The perfect room temperature setting to store is in between 68 to 77 degrees Fahrenheit.

Can You Take Tylenol (Acetaminophen) During Pregnancy?

It is often prescribed to pregnant women during labour pain to ease out the pain. Although, pregnancy is a sensitive issue and your doctors advice to take Tylenol or not is your final call.

Save Your Money, Christian Louboutin Will Be Launching 36 Lipsticks!!!

The Best Handmade Soaps In India Suitable For All Skin Types

Heard Of Paleo Diet Plan? It Is High Time You Knew...

Fashionlady - December 2, 2018 0
Imagine following a diet of our ‘hunter-gatherer’ ancestors. Imagine eating whole and ‘unprocessed’ foods that were identical to what they looked like in nature. Does...