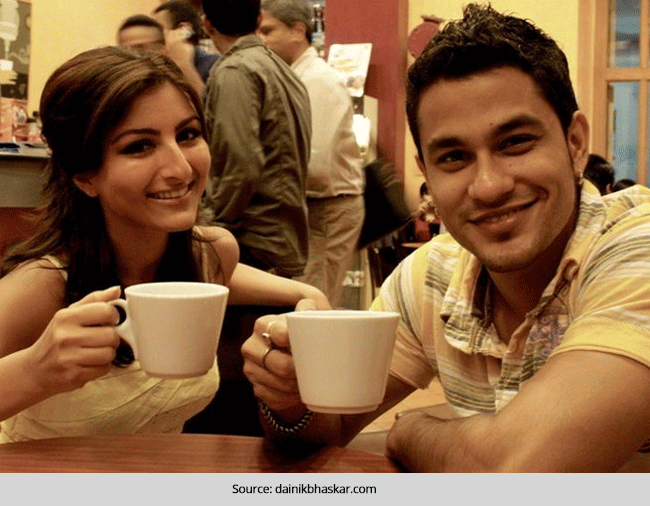 Bollywood industry has always been in the news with secret love affairs, break-ups and A-list weddings. After Dabangg actor Salman Khan’s sister Arpita’s recently concluded lavish wedding in Falaknuma Place in Hyderabad, get prepared to witness the next happening Bollywood shaadi that is almost like a fairy tale story in the making.

Actress Soha Ali Khan, after five years of live-in relationship with actor Kunal Khemu shall be officially tying the knot with him next year on January 25, 2015. This is subsequent to their engagement that happened in July this year.

Only close friends and the couple’s illustrious family comprising of mother Sharmila Tagore, brother Saif Ali Khan and sister-in-law-cum-actress Kareena Kapoor Khan will be in attendance.

The Lovey-Dovey Proposal and Preparation

Love knows no boundaries. The super-romantic proposal made by Kunal happened in none other than Paris, one of the most romantic destinations in the world that is known for its bubbling wines, croissants, muffins, perfumes, luxury and fine hospitality.
All glowing with happiness, Soha made an official statement on her Twitter profile, “It gives me great happiness to share with you all that Kunal proposed to me in Paris with the most perfect ring in the world and I said yes.”

The mother of the bride, Sharmila Tagore has been extremely joyous ever since and has made no bones about expressing her heart-felt happiness. After the engagement went formal and viral too, the renowned actress of Pather Panchali fame said, “Everyone in the family loves Kunal. We are all very happy that he and Soha have finally decided to get married. Kunal is a very nice person. He will keep my daughter immensely happy.”

Preparations are now in full swing so much so that the future mom-in-law Sharmila has started planning the basic essentials such as venue and menu for 25th January. Says Soha about her mother, “She is a wonderful events planner. She had been planning my marriage for a long time. Now that there’s a name for the groom on the invitation card, she’s all set. Now we need to think about what kind of a wedding it is going to be…”

Love Birds and their Live-In Saga

The love episode between the beautiful Soha and dashing Kunal started in 2009. This was the year when they started working together in many films such as Dhoondte Reh Jaaoge and 99. Cupid struck and they decided to take their relationship to the next level, of live-in.

Live-In relationships have been around for quite some time. A look at the hot and sexylicious couples such as Katrina Kaif & Ranbir Kapoor, Aamir Khan & Kiran Rao, Sushant Singh & Ankita Lokhande, John Abraham & Bipasha Basu to even Saif Ali Khan & Kareena Kapoor is enough proof of the fact that live-in brings as much happiness and bliss than being officially married.

Flash back in time and one will find that the to-be couple Soha and Kunal have been as much loved for their off-screen pairing as much as on-screen. In fact, they haven’t been shy from admitting their relationship status. Such has been the level of bonding between them that Soha happily opened out by saying “We have taken a big step together where we are living together, which is equivalent to being married. For me, that’s the biggest step…. For me, this is the biggest commitment and we have made this commitment to make things work. The formality is just associated with signing paper, but the value and commitment is more important to me.”

Royal Gifting from the Family

Talk of motherly love and you would be happily surprised to hear about the wedding gift in Tagore household. Of course, the darling mom Sharmila couldn’t give her daughter and would-be son-in-law a better gift than a plush Rs 9 crore flat. Located in the upmarket suburban area Khar in Mumbai, it is heard that each floor of the 9-storey building would have just one occupant per floor along with exclusive car parking. The flat has been jointly registered in the mother and daughter’s name. Apparently, both Soha and Kunal would stay on the topmost floor. Never knew the bird’s nest could be so elite, cosy and private.

While gorgeous Soha was in the news in 2008 for her affair with Rang De Basanti co-star Siddharth, she was also in the fashion radar for walking the ramp for reputed fashion designers. Soha is today very much a regular sight on the various Indian red carpet events where she looks awesome in designer outfits. In the 2014 Filmfare Awards function, she could barely be missed in a stunning Ken Ferns gown. Whatever the case maybe, street fashion appeals to her more as that according to her offers a broader range of exciting choices.

Her ramp walks have always looked splendid and superb. In fact, she stunned the ramp and the glitterati dressed in a bridal wear for ace designer Vikram Phadnis at the Day 5 of Aamby Valley India Bridal Fashion Week 2012.

In an interview given to a Hyderabad-based tabloid, The Siasat Daily, Soha admitted saying, “I am in love with fashion. I am a big fan of trends and style but at the same time, I am terrified of it. Fashion can be a very tricky thing to deal with at times. So, you have to be very careful.”

Left to her own, Soha would prefer to wear sporty and casual, such as urban leisure lounge wear.

That is Soha Ali Khan – the stunning diva and the bride-to-be.

Jacqueline Fernandez Is Our New Ethnic Pin Up Girl

The Best Types Of Waxing To Choose From