The most anxious period for a woman: Am I having a boy or a girl? Your husband must be saying ‘I hope it’s a girl, I hope it’s a girl’, while you’re neutral, maybe. But that curiosity can be put to rest without the medical equipment. Parents are eager to know the sex of the baby during pregnancy itself and are not interested in waiting for the big surprise.

We have a few signs that could help you figure out what you need, and you’d be thankful!

Relate to each sign and you might arrive at the right answer by the end of this article.

The Chinese gender charts are the oldest ways to predict the sex of a baby, and mothers have said that it was accurate in most cases. How it works is by tallying the month of conception to the mother’s birthday, which will both be expressed as dates in the Chinese charts. This helps in knowing whether it’s a boy or girl that is to be conceived.

The wedding ring test is the cutest and easiest test, although the accuracy is unknown. The test is to tie the wedding ring to a piece of thread or strand of hair and to let it dangle over the mother’s stomach. If the ring moves in a strong circular motion, a girl is to be expected. Whereas, if the ring swings back and forth, a boy baby is a result as they say. 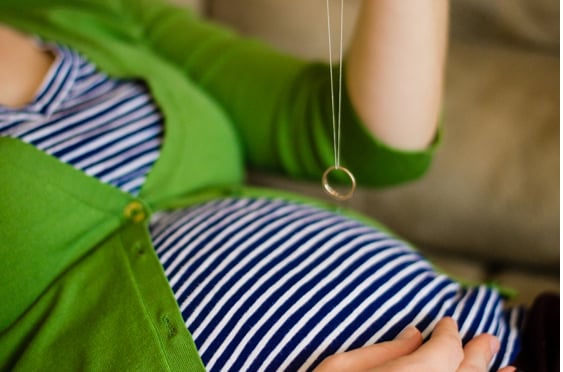 This can be noticed while just taking a look at the stomach. The mother needs to stand upright, and if the bump is mostly on the upper part of the stomach, it is supposed to be a girl. If the stomach bump is more towards the lower stomach, it is a boy. Also, this theory is sometimes baseless as it isn’t backed by any proof, and the baby bump could also depend on the build of the mother.

According to gender prediction theories, the heartbeat of a boy baby would vary from that of a girl baby significantly. This theory could help identify the sex of the baby. If the heartbeat of the baby is less than 140 beats per minute, it is said to be a boy, and anything above 140 per minute is a girl.

The frequency of morning sickness is excessively more when you are expecting a girl child. So the prediction is based on the theory that if it is a girl child, the mother’s body is loaded with too many girl hormones that find it difficult for the body to adjust, causing sickness.

Skin breakouts are common during pregnancy, but there’s a belief that if you are pregnant with a girl child, the breakouts tend to be much more throughout the period. This is because the baby is stealing the mother’s beauty. In most cases, the predictions based on this have turned out to be right too!

The Ultrasound test involves a screening of the baby’s body while inside the stomach. It is best to get an Ultrasound Test between 18-24 weeks and it mostly gives reliable information. While the requirement for the test is the proper scan of genitals with a gel put on. 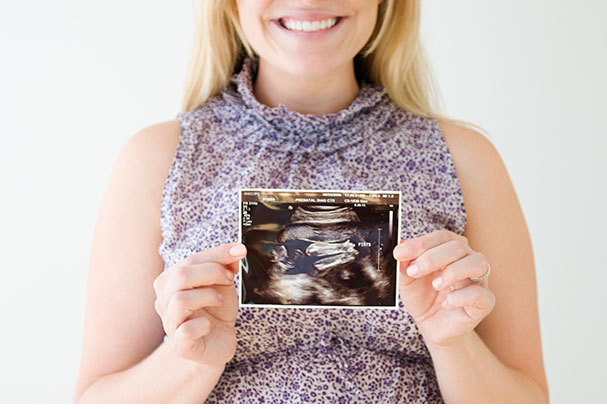 The Drano test is supposed to be one of the simplest tests. The mother-to-be has to collect a bit of urine in a cup. Now to this sample of urine, add a spoon of drano into it. It might fume a little, but what’s important here is the colour that forms as a result of mixing both. If the colour is more towards the green side, then it’s a girl. Else if the colour formed is blue, be sure that it’s a boy.

These 10 ways are fun and easy ways to keep an idea of the sex of the baby! The surprise when conceived might not be a surprise anymore!

Congratulations to all mothers!

Things You Must Invest In As You Reach Early 20’s

7 Stars That Studded the Golden Globes 2016