As the 17th International Indian Film Academy Awards rolled out its green carpet to welcome the brightest stars from Bollywood, we witnessed glamour that was unparalleled and the style quotient unquestionable.

With Bollywood stars frequenting the Hollywood studios, we couldn’t have expected anything lesser than spectacular from the myriad celebs assembled at the capital city of Spain.

[Also Read: The Trend of IIFA 2016 Fashion Was Designed to Appeal to the Global Audience]

After Priyanka Chopra, if any Bollywood actress has that kind of an International appeal, honest to God, it is Deepika Padukone. Her presence at the IIFA this year had every bit of that international vibe and I won’t be surprised if she bags a few roles in the near future. Her black gown by Swapnil Shinde with its plunging neckline was styled by the super talented Shaleen Nathani. The impressive look was accessorized with a long pearl neckpiece and the unconventional hair style was a fresh change. She looked much like a black swan who could give Natalie Portman a run for her money. 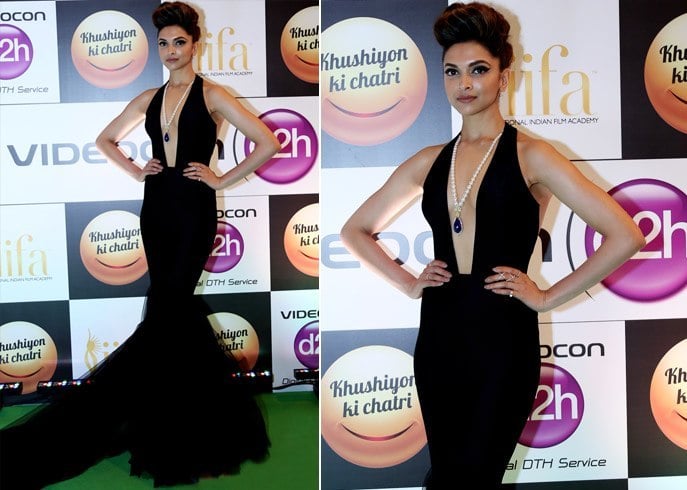 It was quite expected that the newly married bong bombshell would favor a more traditional look versus a western one, given this was her first major appearance after the wedding. She was blooming in bliss as she walked the carpet along with husband Karan Singh Grover draped in an elegant Sabyasachi sari. To complete the look she carried a matching pink purse to match the pale pink saree, traditional bangles and a pair of kohl smudged smokey eyes. 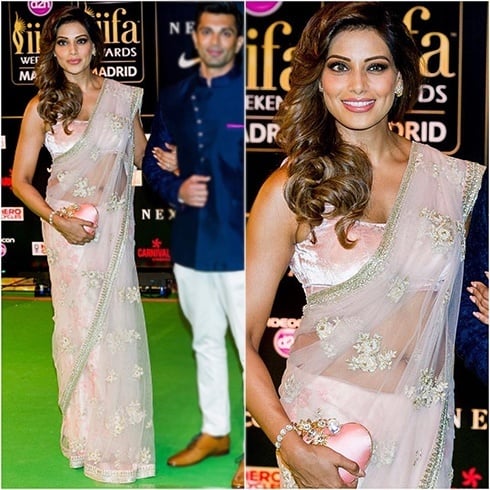 Actress Sonakshi Sinha has come up a long way since her debut in Dabangg, though she never lacked acting skill. But through the years she has become a fashionista in her own right and her arrival at the 17th IIFA was another manifestation of the same. She was a pleasant vision in a Zara Umrigar olive green gown detailed with metallic beads all over. With one hell of a slit, she kept the look otherwise simple so all the focus was on her leg. 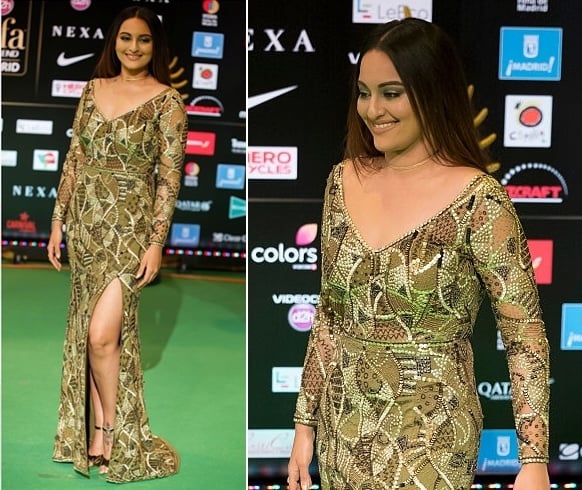 I ogle at the actress wondering how hard she must have worked to get into this shape. The actress drew attention as she entered the venue dressed in a Geisha Designs gown. The ivory number comprised an embellished skirt and the deep neckline of the bodice was defined by the same intricacy. We see a bright future ahead for the actress. Sunil Shetty’s little daughter might be just one film old in Bollywood, but Athiya Shetty sure knows a thing or two about fashion. She showed up in an elegant blue jumpsuit by Rayane Bacha was just another example of her strong penchant for keeping up with the most updated fashion trends. We are totally feeling that lace bodice extended to a generous cape-style train. 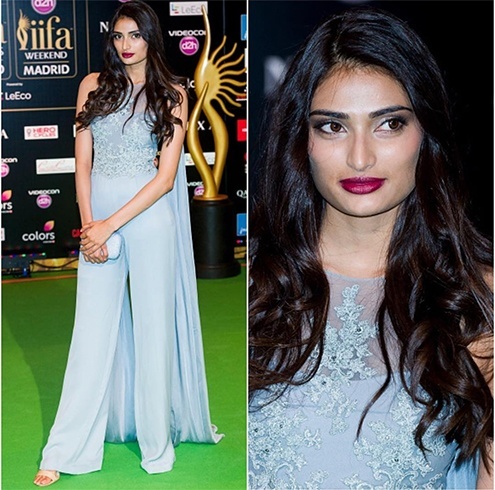 We are not totally digging this Balmain dress the actress picked. May be she plainly underrated her killer looks that was obscure in the mesh-paneled embellished piece. Our firm believe is that she would have looked a million bucks had she picked a different jumpsuit or gown. 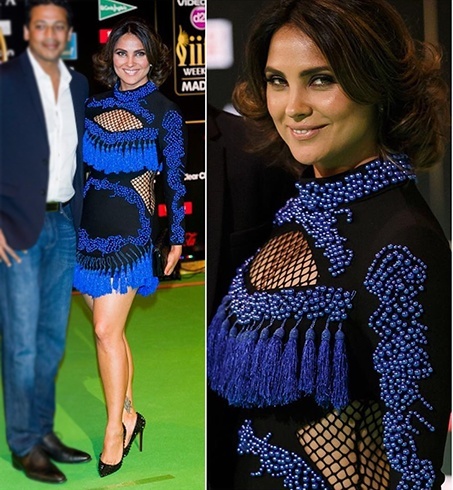 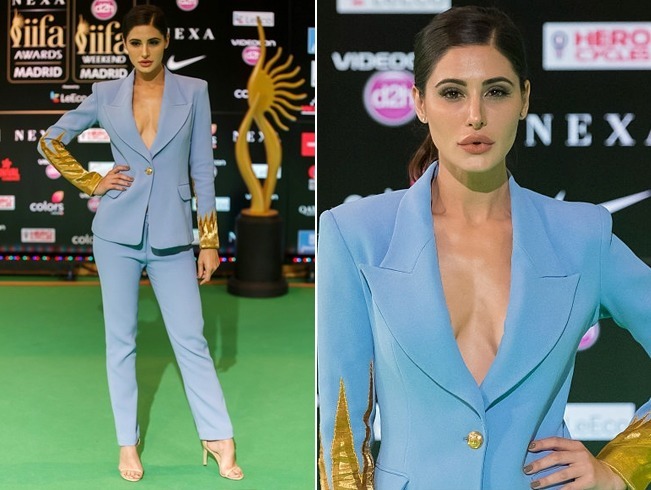 At first look it appeared to be a saree, but only when your gaze settles on the actress do you realize that she is showing off some unique fashion sense in her single shoulder gown by designer Gaurav Gupta. The otherwise opaque gown featured a little lace bodice and the ‘little’ certainly created some huge drama. We are loving it, Sayani. The first impression of Aditi Rao’s look would take you a month back, and land you into the red carpet of Cannes Film Festival, that one time Blake Lively’s Cinderella gown became the talk of town. Yes, Aditi’s powder blue gown is a screaming reminiscent of the ‘Gossip Girl’ actress’s wardrobe, but because she pulled it off so brilliantly, we give her the props. 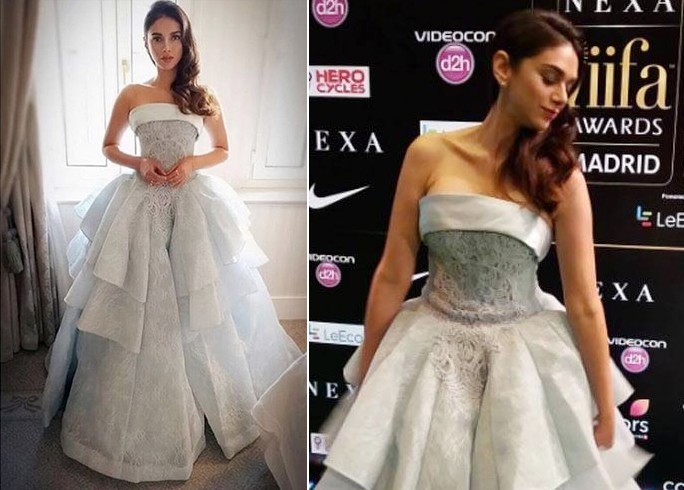 The empress of T-Series never fails to stun the spectators. The trend continues as she arrives at the Green carpet looking majestic in a fabulous Manish Malhotra creation. Well, she got the best designer in the industry, so rest assured she had to dazzle the way she did. There was an era when awards in Bollywood were only accepted by actresses draped in sarees, the trend is visibly changing. It is certainly a welcome change as we are now at par with our Hollywood counterpart.

15 Greek Hairstyles You Must Try Today To Channel Your Inner...

Fashionlady - August 27, 2015 0
The Day 1 of Lakme Fashion Week Winter/Festive 2015 was a roller coaster ride. Everyone was running around, trying to get things done. While...