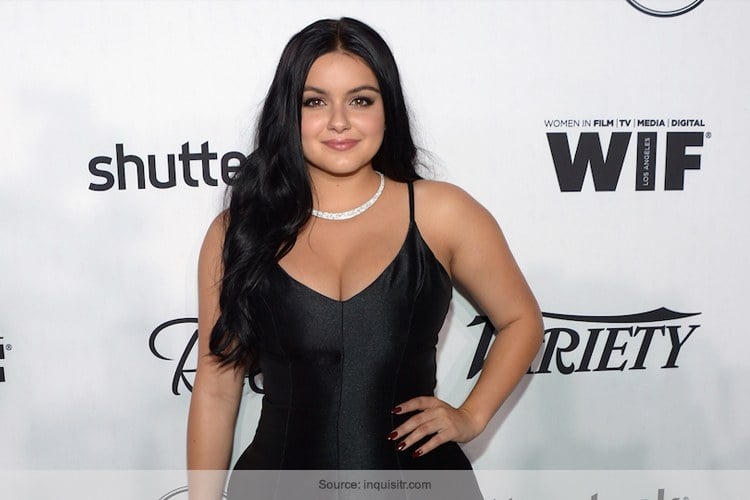 Being in headlines recently for making a bold statement in showing her cleavage while wearing a dress created positive response. She has made fashion statements and is bound to make more soon. Her body positivity is so contagious and inspirational!

Though she started her career in the entertainment industry at a very young age with Cool Whip commercial, she has managed to take time out of her busy schedule to complete her higher studies.

However, her Hollywood journey has never been smooth. As a teenager she had to deal with many struggles, body shaming being the beginning of it all. But there is more to this charming woman in the making, so let’s go ahead and learn more about her.

The 18 year old has had her share of flings, and why not?

When Ariel Winter stepped out without makeup, all we could see was a glowing face. Her natural skin has such an ever lasting glow that keeps her face fresh at all given times. Her pretty and petite features were clear as she was heading with a bag on the streets. Ariel is rarely seen without makeup, and this was a fresh side to her that didn’t disappoint. Brand Endorsements: Cool Whip commercial at the age of 6. Ariel has also been associated with Nintendo and Charter commercials

Carrier Achievements: She won 4 Screen Actors Guild Awards for her outstanding performance as a part of the Ensemble in a Comedy Series.

Ariel has come a long way from the days of being bullied by internet trolls for being a little bulkier than they would want a celeb to look like. The aerial we see today has a perfect body with a booty that would give Kardashians a run for their money.

But the shocker is Ariel doesn’t just go to the Gym. She enjoys biking and hiking and other outdoor activities that doubles as cardio for her.

However, she religiously does her squats to keep that perky booty in shape.

Ariel Winter adheres to a very healthy lifestyle staying conscious about her consumption. She practices the famous strategy of portion control for every meal that she enjoys and takes only those food item which will benefit her in one way or another. She steers clear from junk food and is not a big fan of processed food either. She knows as how low in nutrient content they are.

Ariel has many dreams, few she had turned true, few she is working on. Hope you have found out every single detail about your favorite star in our sum up!

Bollywood Moms Who Truly Inspire Us

Androgyny Fashion For Women In India