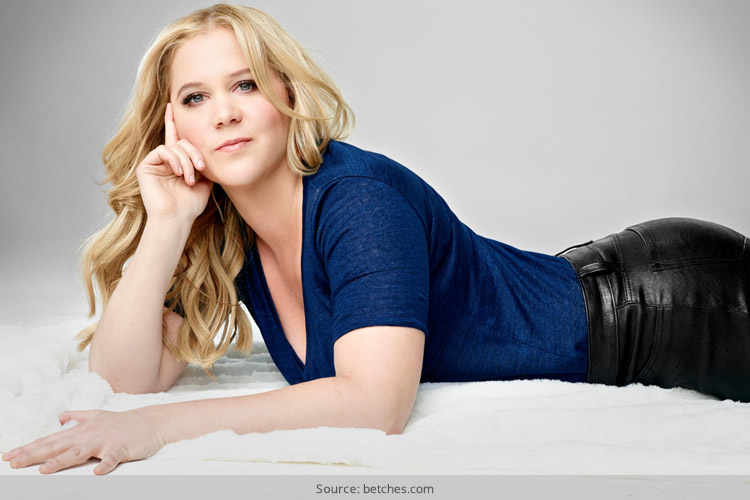 Amy Schumer, a true promoter of going makeup-free challenging women to walk free without makeup. A boy band encouraged Amy to go without makeup and instead show her inner glow, and looks like Amy is in total love with the idea. The modern beauty standards are a total misconception of beauty and Amy encourages her fans to not get in the loophole of the modern standards too.

How many of you think you want to take part of the Amy Schumer campaign? You definitely should. 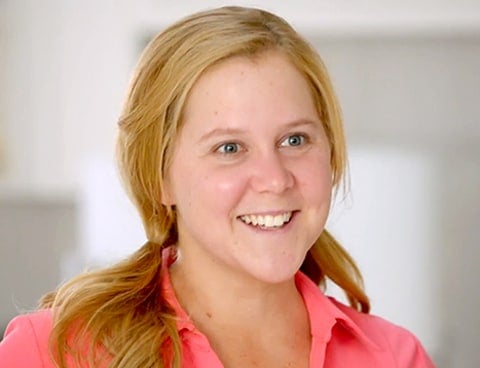 Amy has always been candid about the fact that she is a big girl and perhaps not the kind of woman Hollywood might like to associate itself with. But she has never allowed that to hold her down; in fact she turned it into her strength and based her jokes on it that eventually took her to the zenith she has reached today. However, when she signed up for the main lead’s role in Trainwreck, she decided on losing some weight to further her already rocking appeal. The actress had to lose 3 pounds and that was no cakewalk.

Diet Plan – The trainer who had trained the likes of Megan Fox and Liam Hemsworth wasn’t really impressed by the first look of the stand-up comedian and her eating habits. She crafted a diet plan exclusively for Amy starting with a much healthy and trimmed down breakfast routine – a smoothie – yes, that’s it and it was not followed by several light meals through the day, which to the food lover Amy is, appeared to be next to nothing. “That’s the Hollywood secret: Don’t put food in your dumb mouth.” says the funny lady.

Workout Plan – First thing Amy did was to hire a trainer who could get her to work. Her trainer, Harley Pasternak, though not impressed by her at first, later went on to confess, “I’m very, very proud of her, Amy lives by the idea ‘strong in the gym, lean in life,” said the celeb trainer. “She keeps her workout with us super brief and stays active through the rest of the day.” he added. Running formed a major part of her workout. In fact, she let go her private car service and walked everywhere she could which included traveling to the studio too.

How Long Does Tylenol(Pain Reliever And Fever Reducer) Take To Work?

How to Do Basic Makeup for Different Eye Shapes

A Sneak Peek Of What You Can Expect At The Haute...

Fashionlady - August 24, 2018 0
Jessica Alba is a gifted actress who has played versatile roles from light comedy to fascinating drama since the beginning of her career. Being...