She started acting in TV serials when she was all of 11. That’s quite a tender age! She got recognition with ad commercials. During an ad shoot, she was found perfect by one of the film writers involved in the shoot for the role of main actress for an upcoming film directed by Shoojit Sircar released in April 2018. She is Indo-British model and social media personality. To drop a cue – Banita Sandhu Fashion Profile is young, peppy, glam and worth checking out. 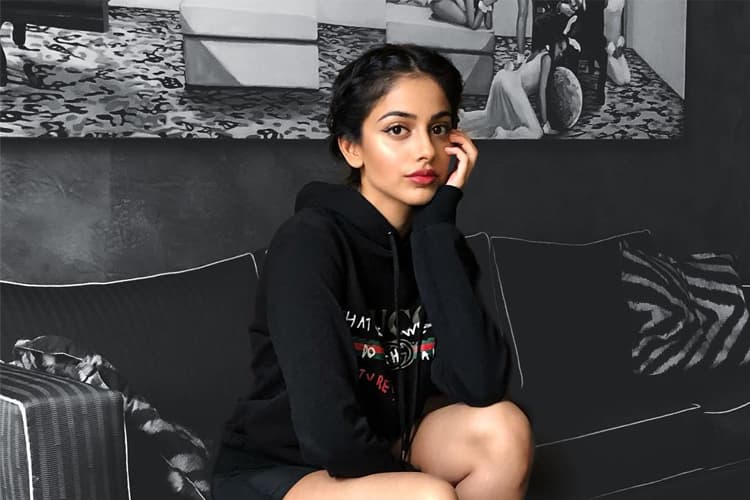 What does Banita Sandhu Biography read like? Her family details are not known. However, Banita told BBC “My grandparents came to Britain from the Punjab, northern India, shortly after World War Two. Both my parents were born here and my sister and I were raised in a middle-class existence in Caerleon.” 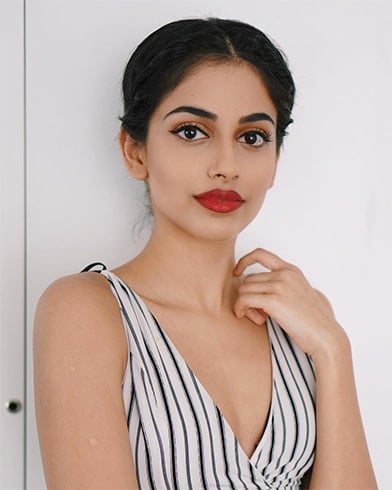 By now, what would be Banita Sandhu Age? Read below.

Prior to that, Banita Sandhu rose to fame with the song “Ek Ajnabee Haseena Se” in the Doublemint Ad starring alongside Shubham. 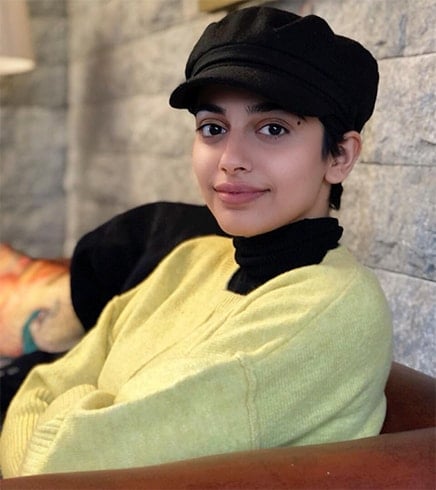 Do you know how Banita got her first Bollywood offer? She was in second year at King’s College, London when she got a phone call from Shoojit Sircar, the director of the film October. The role was interesting which Banita couldn’t say no to. She commented “I could not have asked for a better debut than October. Having worked with him in an ad before, Shoojit Sir is par excellence. Shoojit Sir wanted raw emotions, hence there were no workshops held for us. This helped us to explore ourselves and bring out our emotions in the most natural manner,” she said.

To get the language part right, Banita had to hire a tutor for Hindi lessons. Sircar had also helped her to pick the right Indian accent. Born and brought up in Britain, learning Hindi was not an easy task for Banita.

Says she “Language was definitely tough but as you must have seen in the film my dialogues are very limited so we kinda got around that very well, and both Shoojit Sir and I were very stubborn that this character will have my voice because there’s so much more to the performance than my dialogue. A lot of people commented on what I did with my eyes, the frustration and all the emotions, so the languages was tough but I think honestly the hardest part was not doing anything on the screen, for 10 to 12 hours a day. I used to get frustrated as everyone around me was ACTING. I used to get jealous.” 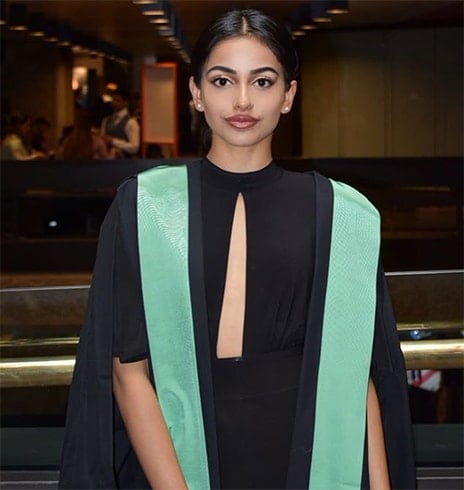 Banita Sandhu is a model-turned-actress. She worked as a child artist in various TV shows at the baby age of 11. Wait and watch. She could be the next big-time star and director’s delight.

Just one film old, Banita Sandhu is creating the right feelers in Bollywood. Her style statements might not be too much, but they are impressive. Let’s check out Banita Sandhu Fashion Profile.

If one were to sum up Banita Sandhu’s style quotient, she might not have a go-to signature look but she wonderfully portrays “comfort” and “daring” fashion. Bold prints, bright colors (red is her ‘black’) are Banita’s strong points that help her pull off a hot look.

The young actress in Galia Lahav at the Vogue Beauty Awards 2018 in Mumbai. 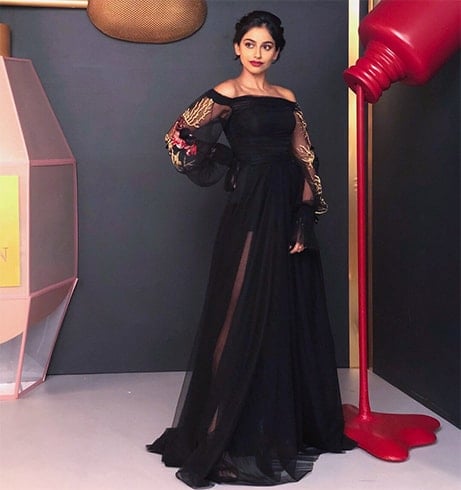 How does Banita prepare for winters? Superhot, like always! And she ain’t just a summer child, but winter-gal too. In fact, all season lass! 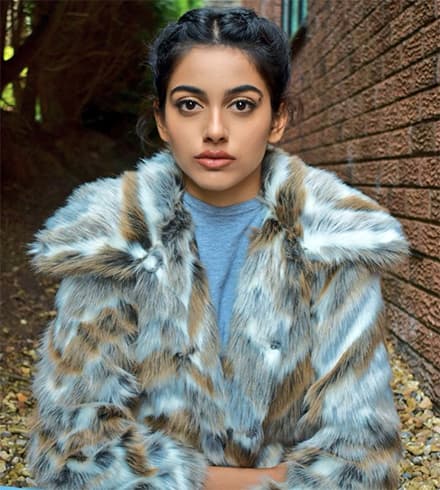 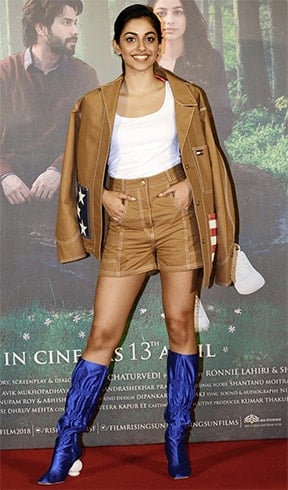 Summer vibes for Banita were bang-on as she looked simple and chic in Payal Pratap’s pink and white checkered dress with floral embroidery and asymmetrical hem. Dangling earrings from Mulberry and matching pink sandals from Blumarine styled her look to perfection. 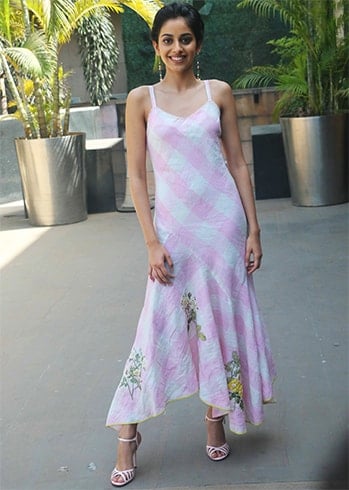 A white lace-up top paired with high-waist jeans. Banita has perfectly pulled it together with this basic combo of jeans-top. 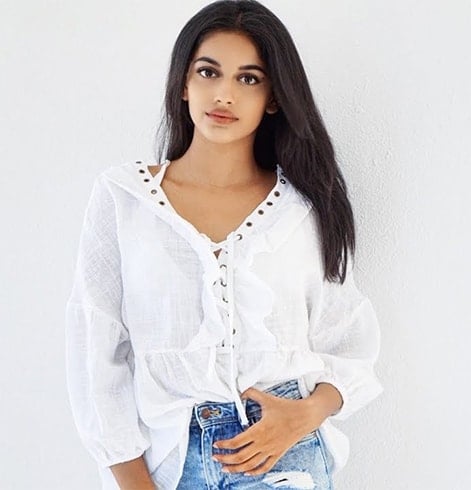 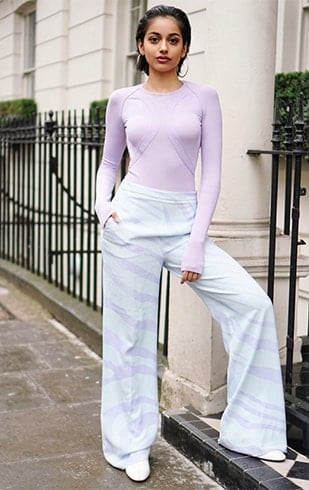 Banita in a high-neck black floral dress. She topped off the look with black pumps, winged eyes, side-parted sleek hair and bright lips. 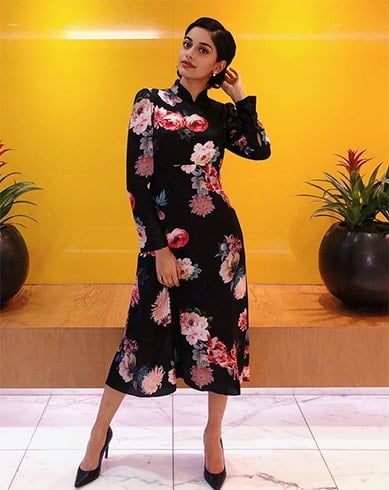 Talking about Banita Sandhu Makeup Tips, the lovely looking London girl has never shied away from adopting beauty products and techniques. To start with, a steadfast CC cream has helped keep the stress factor off Banita’s face. Says Banita “I go through a bottle of Bourjois 123 Perfect CC Cream SPF 15 every other week. I use it instead of foundation because it’s lighter on the skin.”

Adds Sandhu “My mum taught me that less is more; makeup is meant to enhance your natural features, not hide them. I do remember learning most of my tricks—like baking and fibre lashes—from YouTube tutorials as well.”

Any product preferences for her? Yes. According to Banita “I love a ’60s cat-eye and overlined lips, the kind worn by Marilyn Monroe, Audrey Hepburn and Twiggy…. I always carry concealer to touch up and brighten my skin, my Camex Classic Lip Balm and a M.A.C. Lip Pencil.”

Her skin saviour?? For Banita: “I bought a Panasonic Facial Steamer recently and it has changed my life. Not only does it deeply moisturise my skin, it also cleans out my pores.” 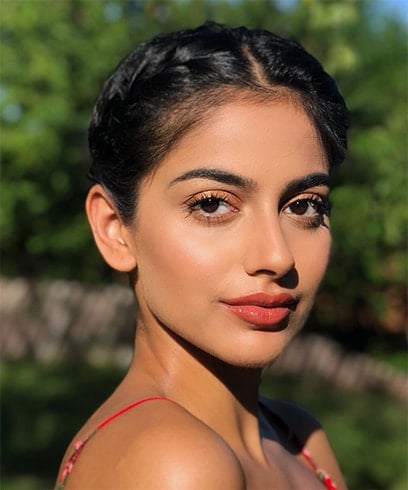 “Since I was 16, I’ve religiously worn Roberto Cavalli’s Signature Eau De Parfum. It’s one scent I’ll always get complimented on.”

While Banita sports some of the most urban hairstyles, one such hairdo which left her teary-eyed was when she had to get her hair chopped off for the debut movie October. 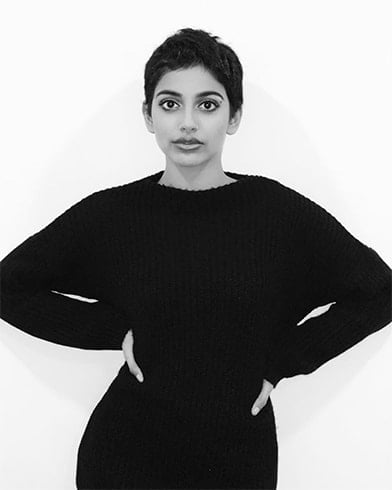 Well, Banita is blessed with an hourglass figure. She weighs all of 50 kg and her height is 5 ft 6 inches. Details on Banita Sandhu Diet Plan and Banita Sandhu Fitness Secrets unavailable.

The young starlet Banita Sandhu was noticed in her TV commercials done for the following brands:

What made Banita say yes to the ad films at a young age? Says Sandhu “My parents were 100% supportive of my acting on the condition that I got an education. I figured if I study in London, I can also go to castings. At first I was reluctant to do the advert because I wanted to be a serious actor, but when you’re a student and you see the pay and travel, I couldn’t say no.” Jot down Banita Sandhu Social Profiles or save them on your mobile:

So how did you find the fashion profile of the gorgeous Banita Sandhu? Let us know what are your thoughts and how inspired you are! Write in to us.

Images Source: Official social profiles of the celeb mentioned with in the article.

Top Valentine Gift Ideas that will Amuse Your Valentine this Year

Deepika Padukone Fashion Profile Is As Beautiful As Her Aura!

Fashionlady - November 27, 2018 0
She is Mrs. Ranveer Singh now. Hearty congratulations to her. At the same time, her new marital status is not going to change her...