Priya Prakash Varrier, the woman who became an overnight internet sensation has been arousing curiosity about her professional and personal life with each passing day. But who is this breathless beauty? What do we know about Priya Prakash Varrier’s fashion profile? What about her family and birthday? Well, these questions must be popping among her fans but we have the answers right here. Have a look! 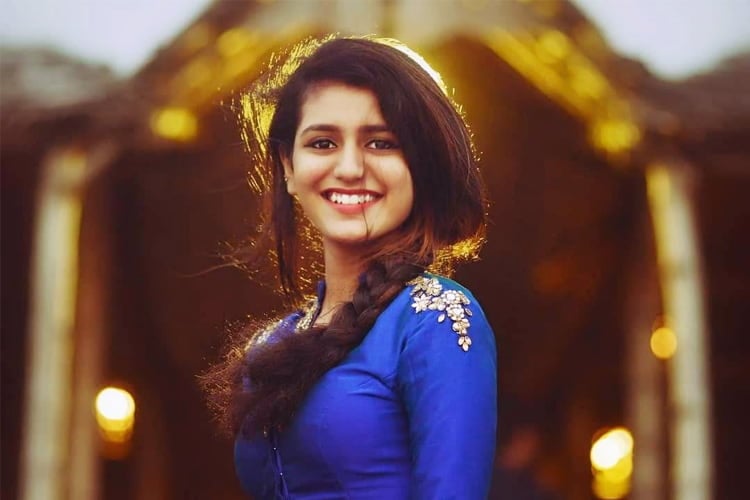 Her claim to fame came through a song from her first film. As part of its promotional gig, the first song of the film Manikya Malaraya Poovi, was uploaded on February 9, 2018 and this is when the world became fixated with Priya. In the video, Priya engages in an innocent flirtatious rendezvous with the male lead of the film. The adorable wink charmed everyone and led to her being known as the “Wink Girl”. Since then, the online community has been fixated with its latest muse. This is evident by the fact that within 20 hours of uploading the song, it got more than one million views and 50,000 likes on Youtube. It has been composed by Shaan Rahman. 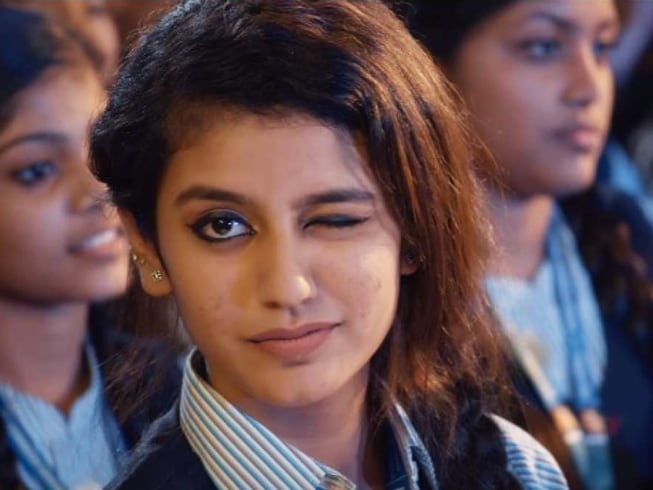 Priya has been pursuing modelling since 2017 at the age of 17. Besides, she has also participated in a number of beauty pageants. Due to her extreme number of followers, most of whom being the youth, her fashion profile is a matter of interest on social media. In her everyday life, she has this simple and elegant fashion sense which goes perfect with her girl-next-door image. Her million-dollar smile clubbed with her bubbly personality makes her a stunner in whatever she wears. Her looks have been setting trends online. Her are some glimpse from her fashion shoots. The teenage heartthrob is simultaneously handling stardom and her education. Priya is currently pursuing her graduation degree (BCom) from Vimala College, Thrissur, Kerala. 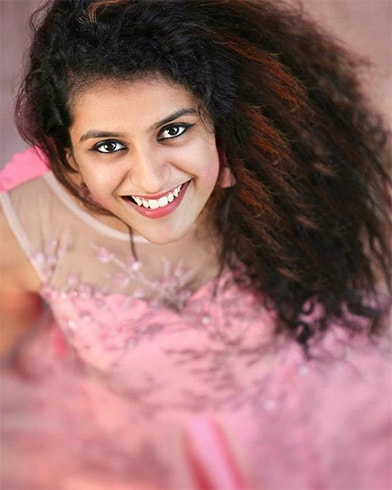 One of the biggest news about her is that she has recently signed an advertisement commercial for a whopping Rs. 1 crore. That is quite a lot for someone whose debut work is yet to come out. This is indeed a sign of what big of a star she is about to become in the future. 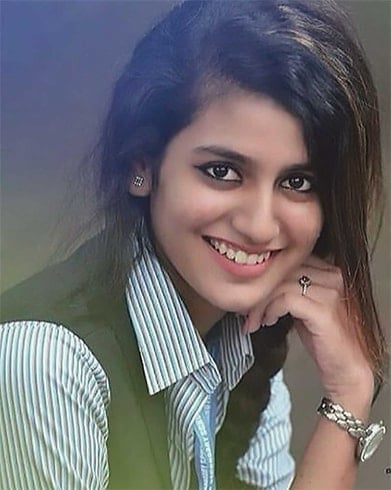 Belonging to an Ambavalasi non-Brahmin family, Varrier is Hindu by religion.

Moving on to her family, Varrier’s father Prakash Varrier works in the Central Excise department whereas her mother Preetha Varrier is a homemaker. She also has a younger brother named Prasiddh Varrier. She is currently residing with her family in Thrissur, Kerala, India.

Her Sun Sign is Scorpio. Malayalam and English are the only two languages that she can speak fluently. Although she has been linked to actor Rishikesh Saji, it is reported that she is currently single. Her close friends address her as Riya. 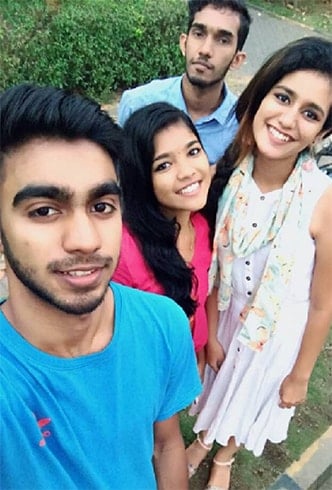 Besides pursuing acting, Varrier has keen interest in dancing, singing and modelling and is formally trained in the former two. A trained Mohiniyattam dancer, she is also learning classical music.

She is very active on all her social media platforms which she uses to connect with her fans.

Coming to modelling, she has graced the ramps for Kochi Fashion Show 2017 and Aiswaryarani 2017. 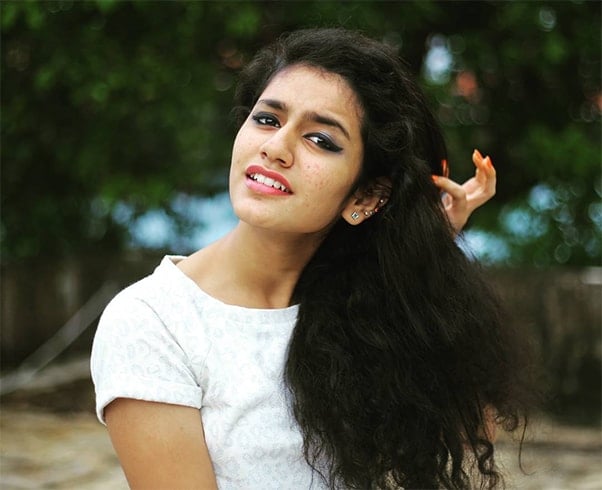 Generally carrying a girl next door vibe, Varrier is setting trends with every look she comes up with. Flaunting elegance, this teenage sensation is a perfect example of simplicity at it’s best thus making her the nation’s heartthrob. From traditional ethnic to couture chic, this girl knows how to rock them with her million-dollar smile.

She even knows how to lit up a room without makeup. Such is her natural beauty that she will charm you with her doe-eyed beauty. 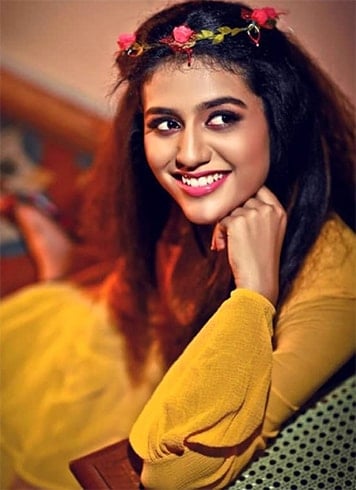 Varrier is an avid Yoga practitioner and always makes it a point to practice it every day. She believes in healthy eating and doesn’t starve herself on a strict diet. 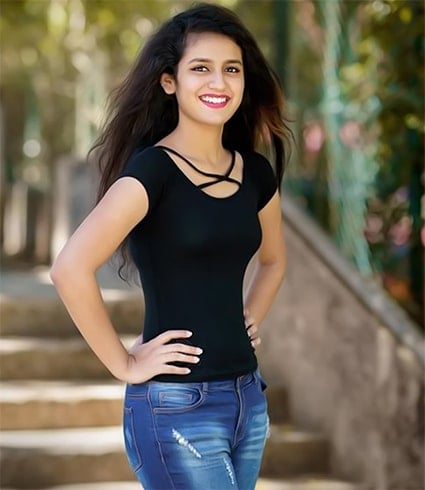 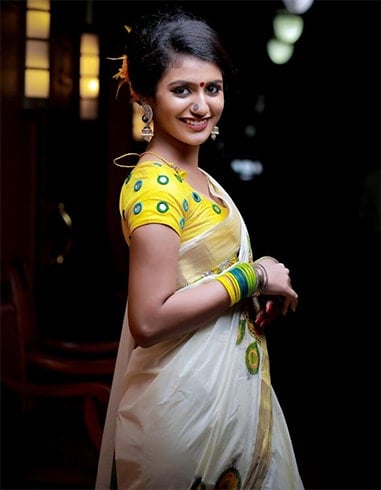 With her charming smile and drop dread gorgeous eyes, Priya is among the few fresh faces that remain in the minds for long. We wish her a long and fruitful career and hope to see more of this pretty woman.

Images Source: Official instagram profiles of the celebs mentioned with in the article.