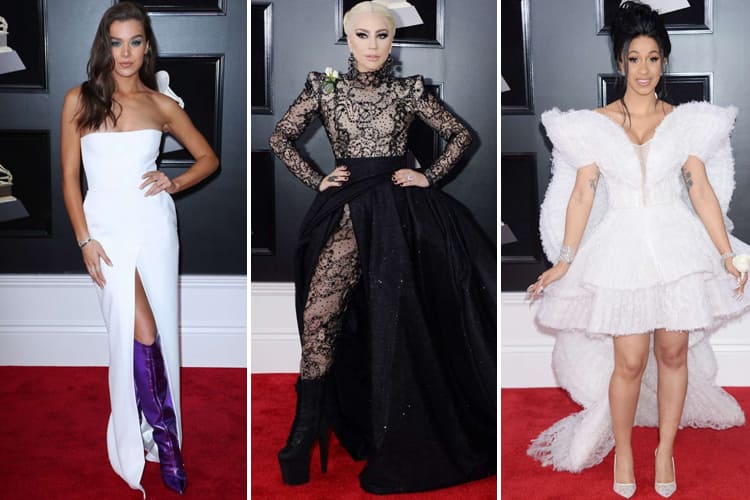 The biggest night in the world of music rolled out its red carpet to welcome all of the biggest artists in Hollywood and boy was that a spectacle out of heaven. The stars marched across the carpet, all of them holding a white rose in support of the #MeToo movement and dressed in outfits that dreams are made out of. It’s always a tough job to list down 10 of the best dressed celebs in an ocean of gorgeous Hollywood divas, but like we always do it for you, here we bring our list of 10 best dressed celebs at the red carpet of the 60th Annual Grammy Awards held at the Madison Square Garden in New York City.

The 25 year old songstress has clearly distanced herself from her wildness and her sober and subtle side shows though her wardrobe choices these days. She kept it understated again while getting dressed for Grammys this year and we can’t thank God enough for it. The black jean jumpsuit by Paul Gaultier alone is enough to complete an entire look. The cut out at the bodice offers a hint of sexuality. Hair and make-up were fresh and undramatic and the rose was enough to complete the look. 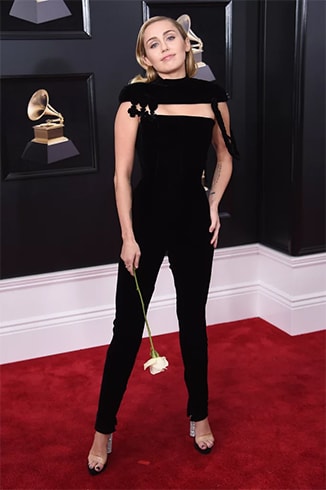 The teen star has grown up to be quite the classic actress that reminds us of Old Hollywood with her glam. For this evening she reached for a sophisticated number from Alexandre Vauthier’s spring collection. As much as we dig the beachy waves and mermaid-eqsue eye make-up, it were the purple boots certainly stole the show. 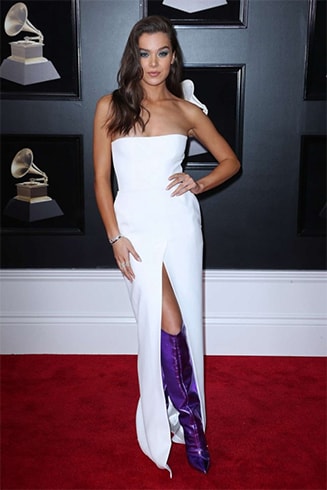 OMG they are expecting their second child and never has pregnancy looked so stylish (We aren’t considering Queen Bey, because she isn’t even human, she is from a different planet). Proud wife of John legend showed off her blooming baby bump in silvery sequin ankle-length dress by Yanina Couture. She matched her attire with barely there strappy heels in silver and chandelier earrings. 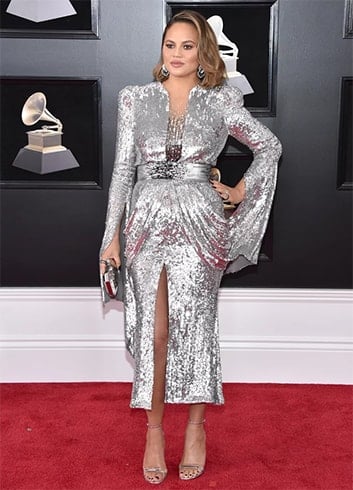 Girlfriend has come a long way since her days as a Fifth Harmony member and we can see it not only her exceptionally well-chiseled music but her fashion choices to. Now that she can wear her individuality, all her appearances are a treat to the eyes. This red rouched by Vivienne Westwood takes her elegance to a whole new level. It’s a very mature look that she completed with Bulgari jewels, a Judith Leiber shiny disco purse and the Time’s up white rose. 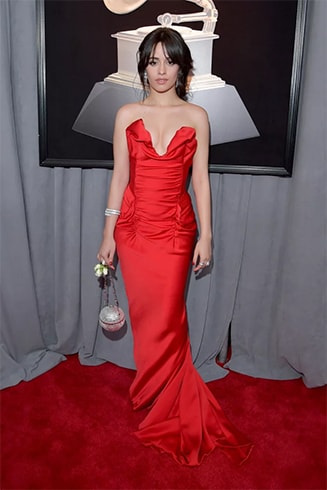 Nominated for best pop solo performance and best pop vocal album, Lady Gaga picked a decadent Armani Prive number. The outfit comprised sheer lacy underlay that appeared more like a second skin to us, and a flared skirt with a tall slit and a huge trail trailing behind. Subtle make-up, bleach blonde hair tied behind and ankle length boots rounded her look for the evening. 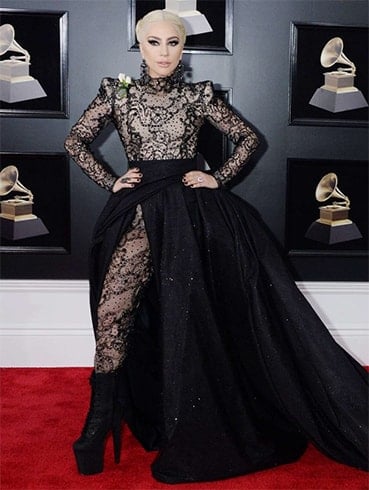 The Pitch perfect actress brought in a slither of seduction to her checkered Balmain power suit by pairing it up with a sexy lace bustier in black. The retro shoulder pads were teased with beachy waves worn down. With brown smokey eyes and nude lips, a pop of bright color was added by the candy-floss stilettos. 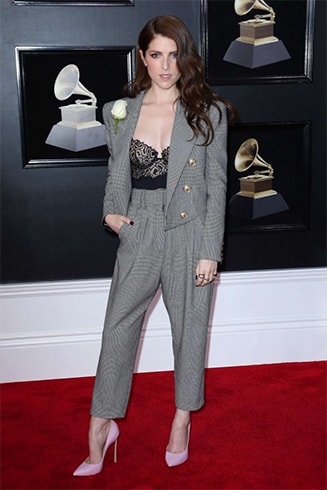 Ahead of her much anticipated performance, the ‘Praying’ singer settled for a navy blue suit embellished with dainty silver adornments, along with embroidered white rose that took the #TimesUp movement to a whole new level. Kesha paired her Nudie Cohn attire with glittery silver boots, left her mile long tresses open in lose waves, and wore a dewy face of make up getting a nod from the fashion police. 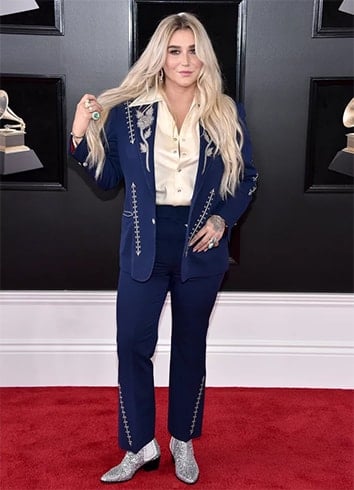 The British singer pulled an Angelina Jolie at the Grammys red carpet, but who is even complaining? The opulent black velvet grown straight from the Spring 2017 couture collection by Ralph & Russo hugged her curves at all the right places, leaving a huge slit for those sexy legs to flash. The single shoulder dress featured metallic adornment and looked majestic with black stilettoes, blond waves and a dark berry mouth. 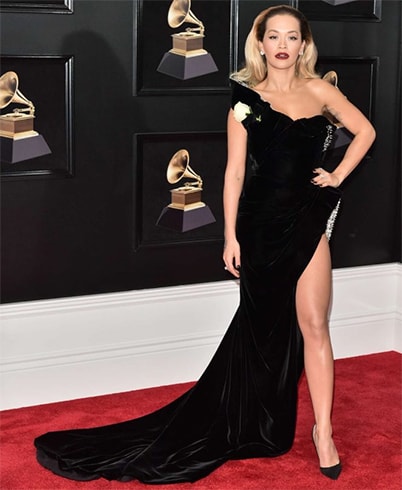 The rapper who owned the billboard last year made a stunning entry to the 60th Grammy awards. She was an angel descending right from the heavens in this structured mini frock by Ashi Studio’s couture collection. An adorable pair of Christian Louboutin shoes and striking Messika jewelry complemented the artist’s beauty flawlessly. 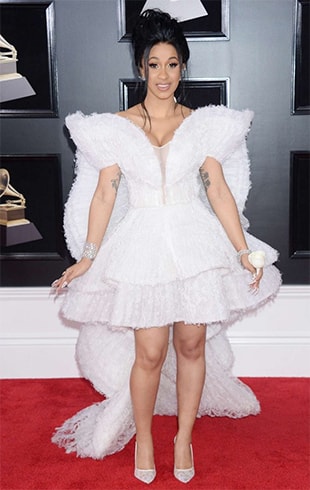 It was a pleasant surprise to see Katie at the event. She was dressed in a strapless gown by Zac Posen, was immaculately styled with T-bar block heels. The make-up was nude with smokey eyes but what caught our attention was her slick hair do. 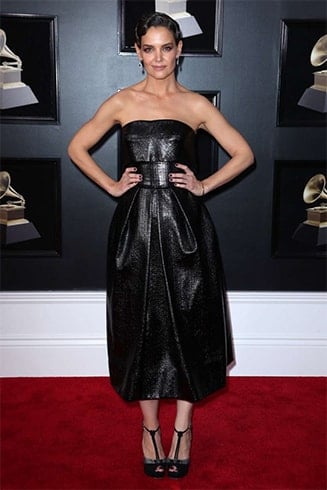 And though this rounds up the red carpet best dressed for the evening, we leave you with a special gift – Beyoncé and Jay-Z who didn’t walk the carpet but were every bit worth the mention.

10 Healthy Issues And A List Of Winter Fruits To Cure...