Indian Fashion Blog
Home Events Bollywood Gets Inked: Have You Exercised Your Right to Vote 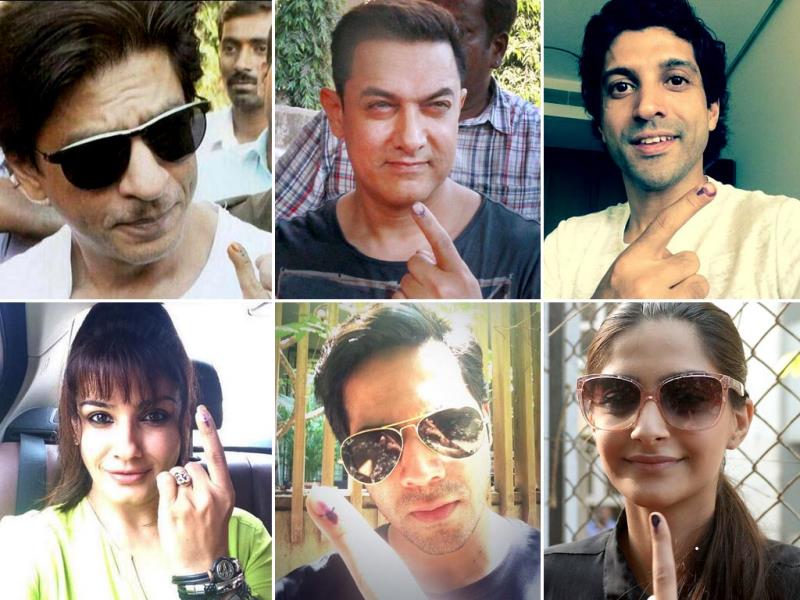 Firstly, Fashionlady’s entire team is all set to cast their vote on 30th April. Have all you exercised your right just as Bollywood did?

Once popular as a feckless industry, where celebs hardly rarely turned out every 5 year to exercise their right to vote, this year the Bollywood fraternity seems to have taken their political views quite seriously. This is the reason; the responsible Bollywood now stands divided as A-list Bollywood stars are having to choose between the IIFA 2014 celebrations in Tampa, Florida and voting for their political preferences in Mumbai.

There were some prior commitments towards contracts due to which some Bollywood celebs had to forcibly quit voting and head for US. However, it was pretty impressive to see most of the film fraternities turned up to cast their vote in Mumbai on April 24. 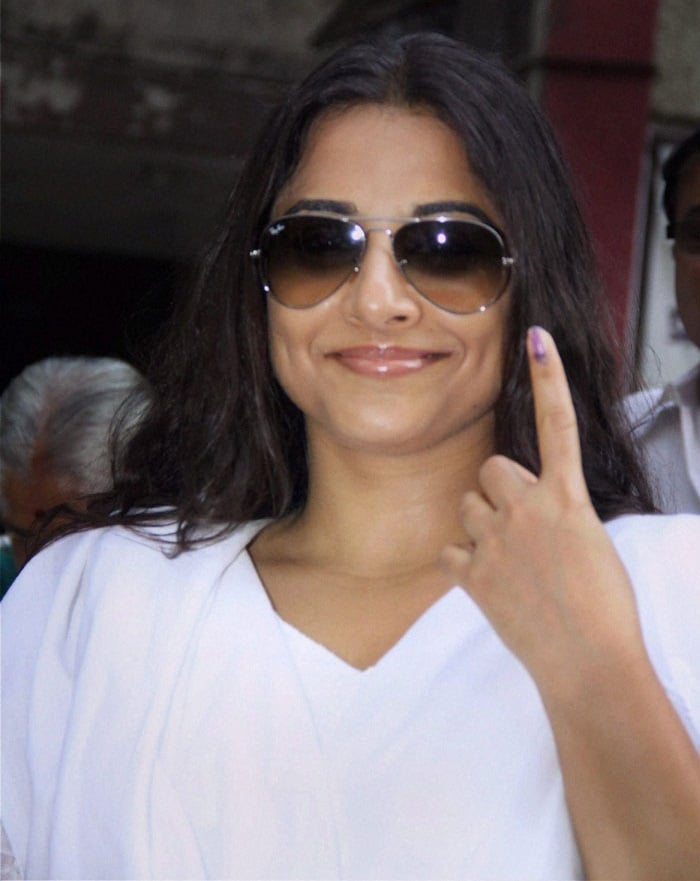 Actress Vidya Balan was one of the first Bollywood celebrities to cast her vote. Vidya, who has shifted to suburban Juhu after her marriage with UTV head Siddharth Roy Kapur, cast her vote at a Chembur booth. When asked about voting in Chembur, the , “Why not? this gives me a chance to come to Chembur… I do come often.” “It’s my responsibility to vote… To point fingers at others and (if) I face a problem, I need to have this on my finger,” she said while displaying her inked finger.

Vidya, who’s supposed to host a workshop in Florida had delayed her trip for the ballot. Shahrukh Khan – Bollywood Badshah decided to stay back and vote and take a next day flight to Tampa for IIFA, while his co-stars such as Hritik Roshan and Anil Kapoor had already left. He tweeted, “Most times I don’t even get to choose the channel I want to watch on TV. Today I have an opportunity to choose my country’s future. Awesome!” 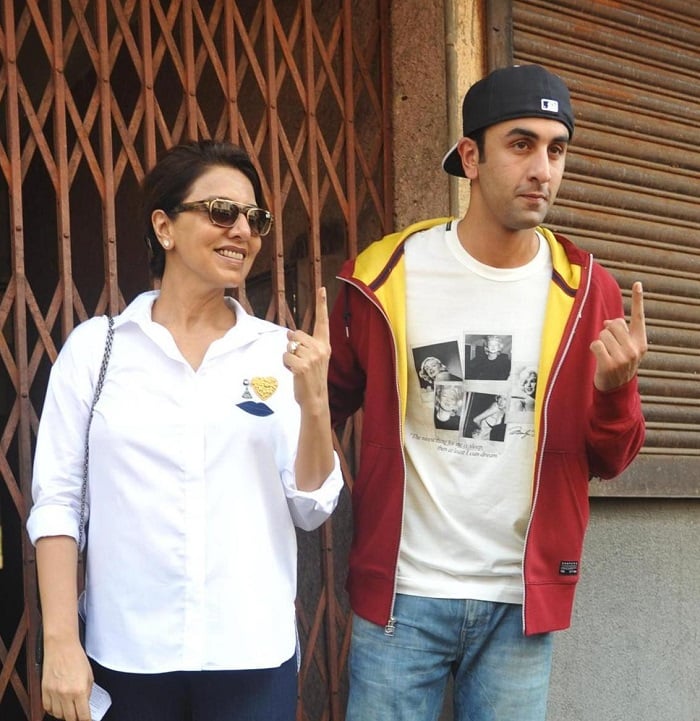 Ranbir Kapoor – Even Ranbir has shown his responsibility towards his country by delaying his IIFA trip to vote. He showed up with his mother Neetu Singh Amitabh Bachchan – Even Big B, who is supposed to attend the IIFA made sure to exercise his rights first before the award function. Earlier that day, Big B had urged everyone in his blog stating,

Jaya Bachchan – The actor-politician who has been extensively campaigning in UP flew down to cast her vote with husband Amitabh Bachchan, son Abhishek and daughter-in-law Aishwarya Rai. 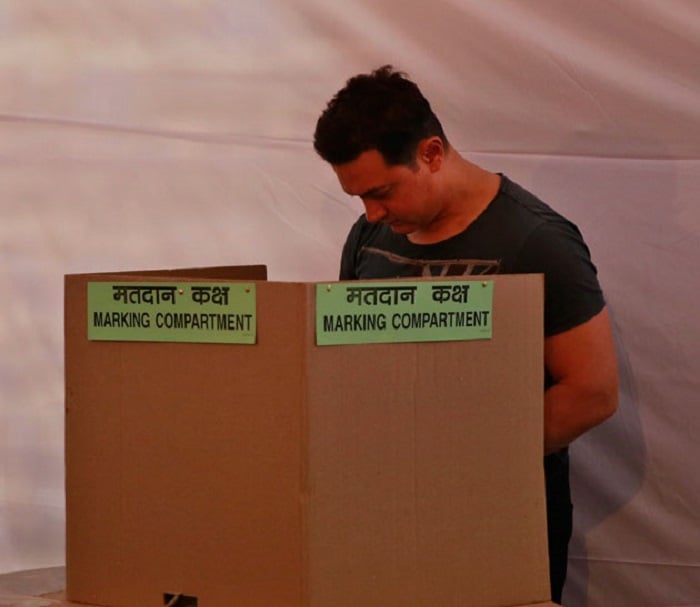 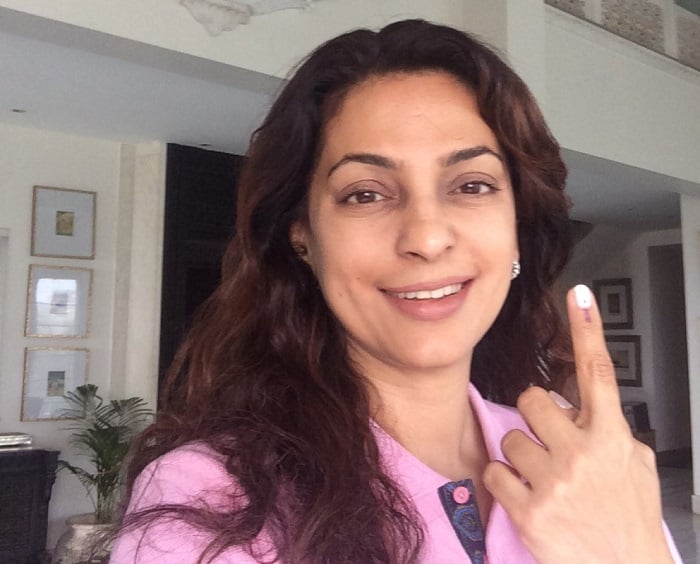 Kiron Kher – The actress-turned politician, who is contesting the election from Chandigarh, drove straight to the polling booth from the airport. She was accompanied by son Sikander. However, husband Anupam Kher had to give voting a miss as he is in Florida, where his short film I Went Shopping for Robert De Niro is being premiered. “I don’t blame the ones at Florida as the award date was confirmed well before the election dates were announced so they were contractually bound,” she reasoned. Sonam Kapoor – Even Sonam preferred voting over IIFA, which could wait for the politically-aware fashionista. Ranveer Singh – The actor was shooting at Film City for an upcoming film till 2 a.m. on Wednesday. As per the actor, after returning hoome he stayed up watching a movie and was one of the first voters to turn up at Bandra’s polling booth at 7 a.m. Only then did he catch up on his sleep.

Esha Deol – The actress and her husband had been busy campaigning for her mother Hema Malini in Mathura, made sure to flow down with her husband Bharat Takhtani to vote. Rekha – Actress and Rajya Sabha member (nominated) Rekha came in a track suit to exercise her right to franchise, giving IIFA a miss.

We couldn’t miss him – Sachin Tendulkar – Birthday boy Sachin Tendulkar posted this pic on Twitter after casting his vote and tweeted, “I have voted, have you? A wonderful start to my birthday, as a responsible citizen of our great nation.”

Fashionlady urges every eligible voter to cast their vote for a better India for the next 5 years!!

Fashionlady - August 19, 2021 0
Onam, the festival of harvest, brings with it truck loads of good cheer and prosperity. Besides being the biggest shopping season in Kerala, bonding...