Dedicated to the AIDS awareness ad research, the amfaAR (American Foundation for AIDS research) is a charitable organization that has its wing across the globe. The foundation stone for this charitable trust was laid this month in India followed by a glamorous event hosted by Abhishek Bachchan and Aishwarya Rai.

The amfAR’s annual Cinema Against AIDS gala, which was initiated in 1993, has been a potential fund-raising event over the years, raising more than $22 million for AIDS research.

While past annual events have been hosted by legends like Sir Elton John, Elizabeth Taylor, Demi Moore and Sharon Stone, this year the Abhi-Ash couple got the honor to host this noble event at the Taj Mahal Palace Mumbai on November 17 in Mumbai, India.

The event has already witnessed some impromptu performances by Lionel Richie, Robin Williams, Sir Elton John and Sheryl Crow, this year the Bollywood celebs added Indian flavors to this gala.

It won’t be wrong to say that almost the entire Hollywood industry is associated with this trust to help fight this deadly disease. While Aishwarya Rai is already active being the India’s brand ambassador for UNAIDS, other Bollywood celebs are also showing dedication towards this charity. As Brangelina is among the glamorous couples in Hollywood, back in India Abhi Ash have earned this tag, who had recently hosted this party, which also witnessed some Hollywood greats including Sharon Stone, Hillary Swank and singer Kesha.

While Sharon Stone had this to say about Aishwarya Rai,

“Aishwarya had come to Cannes as she is the L’Oreal girl. It is very gracious of her to come here. I am looking forward to seeing them at Sunday’ evening. They are generous people.”

Aish had this to respond,

“It’s very generous of her. We salute her passion to drive so passionately towards this cause. She is worthy of salutation.” 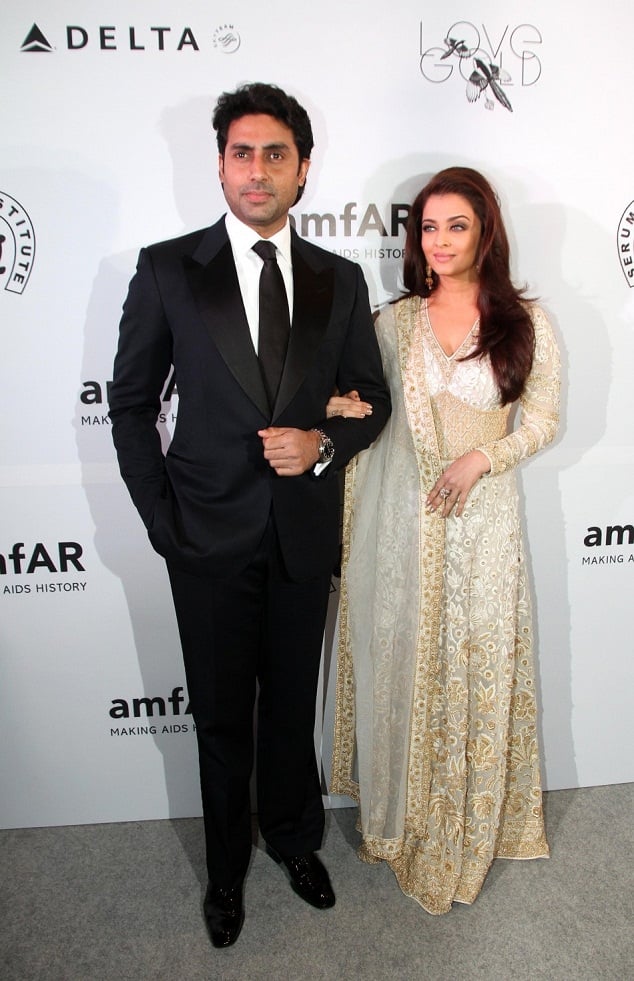 No matter how many times Aish shows up in typical Abu Jani Sandeep Khosla anarkali creation, she just looks ravishing and enchanting as ever. This time she had worn a winter white floor-length anarkali adorned with elaborate embroidery with golden floral motifs against sheer fabric. Her look was complemented by her husband’s get up, as Abhi showed up in a classic black tuxedo.

The Hollywood actress attended the inaugural party in a sleek black Gorgio Armani gown. the dress was accentuated with geometric crystals in the same shade. Sharon Stone, who is the chairman of this trust showed up in a traditional one-shouldered LBD. The 55 year old actress looked stunning as usual with a to-die-for figure. The Basic Instinct actress had paired up her dress with golden sandals and accessories from Azva.

It seems this young actress is slowly turning up to Bollywood’s next best dressed celeb, as every time she shows up in public, she makes sure to give her best shot when it comes to fashion. Recently the Rockstar actress had shown up in a dazzling silver Rohit Gandhi and Rahul Khanna creation during the launch of Savoy watch. 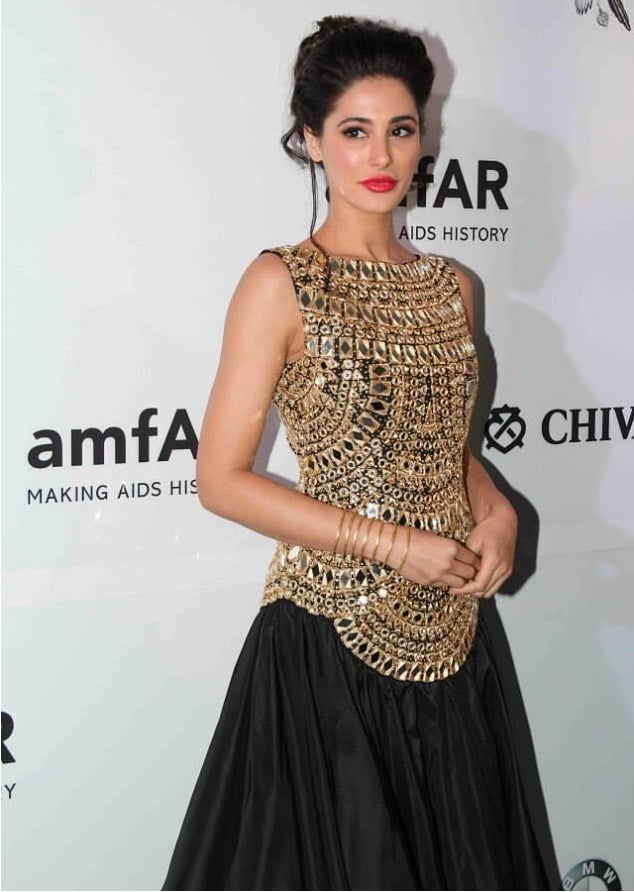 This time the 34 year old actress showed up in an Abu Jani and Sandeep Khosla black dress with tons of golden embellishments to go with the theme, which was gold-based. 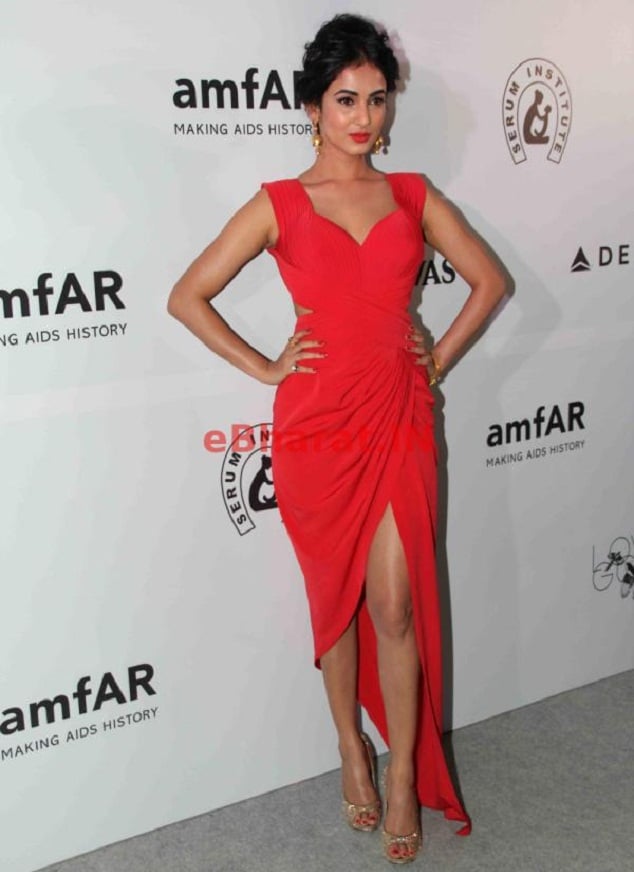 Apart from the starry presence, the major highlight of the event was the ‘Gold Fashion Show’, which showcased some jaw-dropping creations by Abu Jani and Sandeep Khsola, Rohit Bal and the couture king Tarun Tahiliani, showcasing splendid outfits with gold jewelries from Azva, Amrapalli and Symetree.

Here is a sneak peak from the fashion show and other celebs who had attended this event! 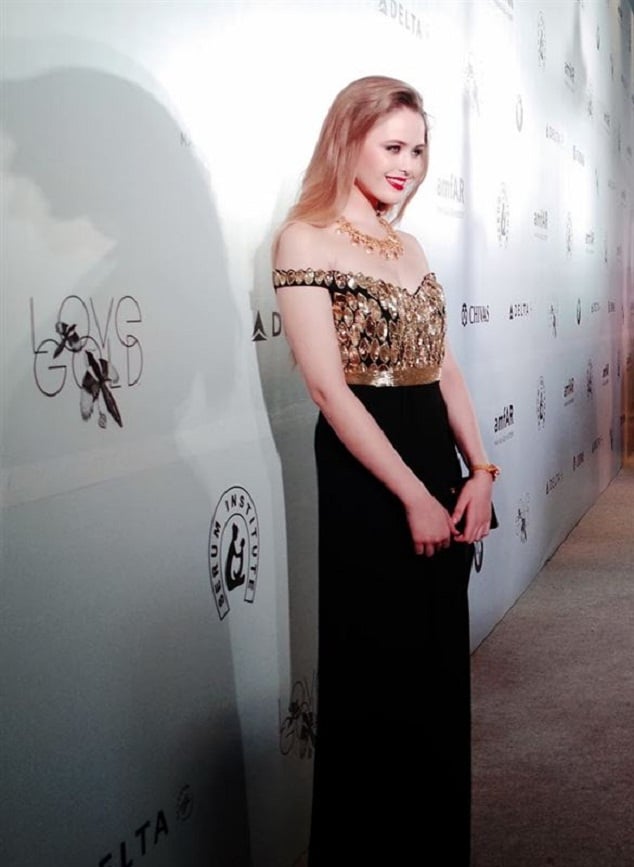 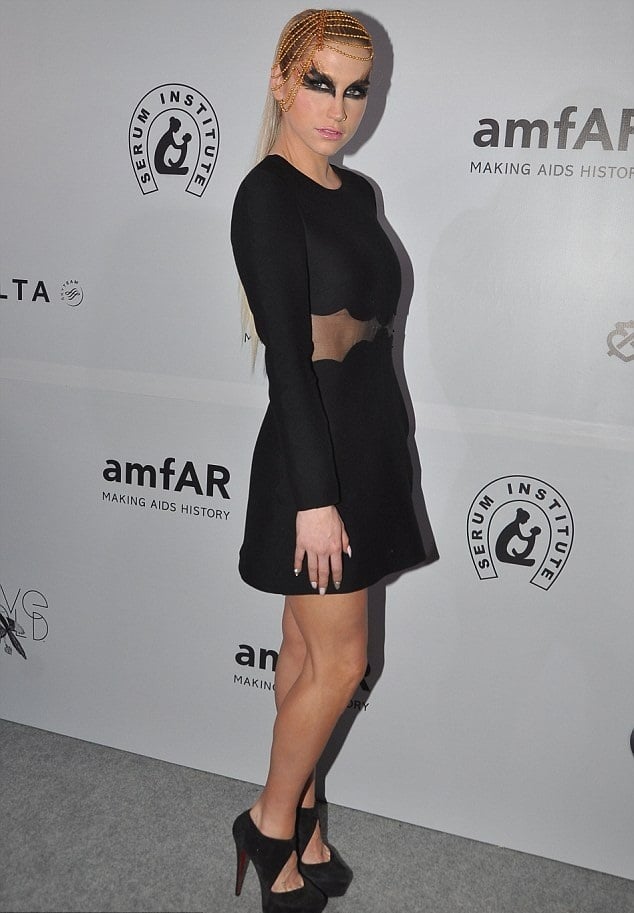 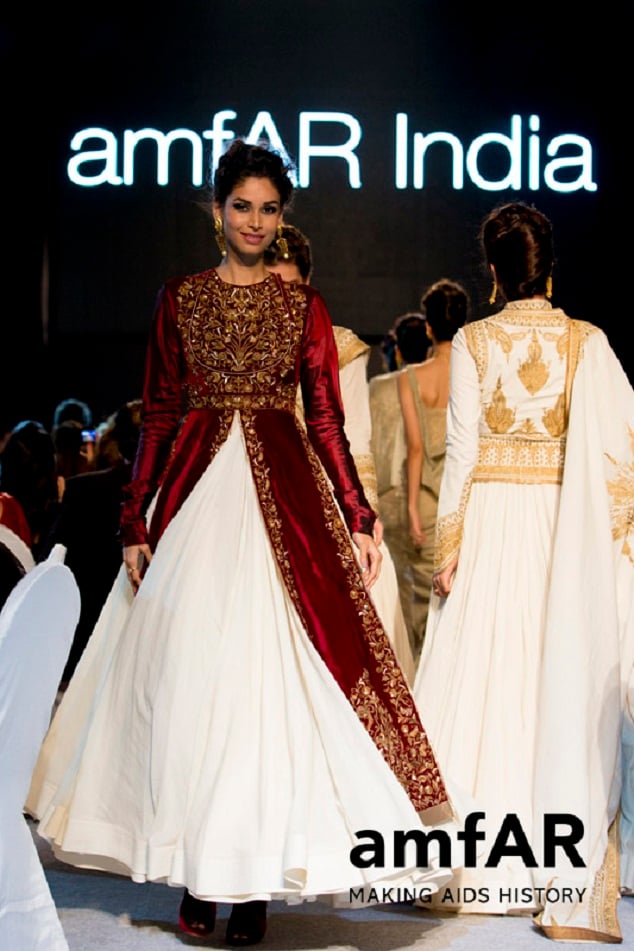 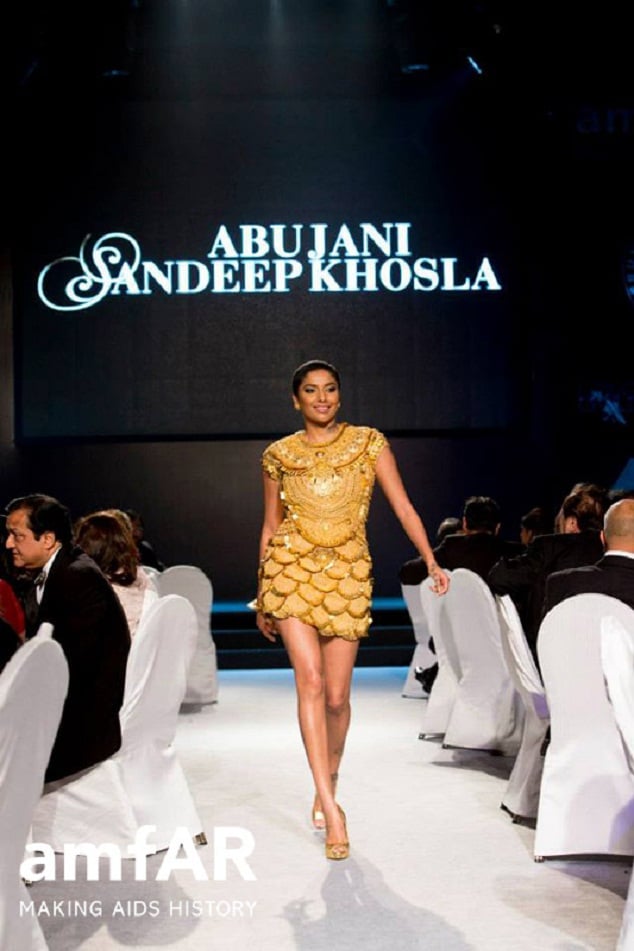 Gifts you can Give your Best Friend on Her Bachelorette Party

This Chocolate Day, Create Melting Moments With Your Valentine

Fashionlady - June 26, 2018 0
The 19th IIFA Awards that took place at Siam Niramit theater, Bangkok, spread its charm across the weekend and kept us busy with the...