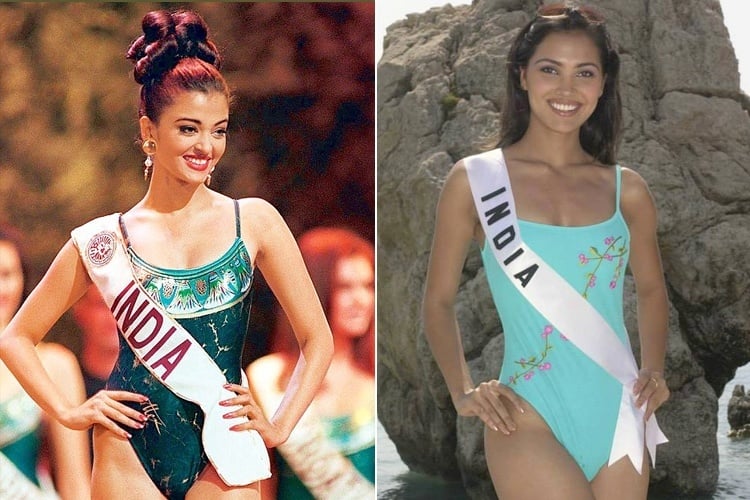 Bollywood has been setting trends in the fashion industry ever since it’s beginning. B-town divas have always been known to influence trends for entire nation. Ask any youngster who their fashion icon is and the most probable and popular answer would be a Bollywood celebrity. Bollywood fashion has evolved from being conservative to rather bold, reflecting the change in our society as well.

Nowadays, an actress wearing a bikini onscreen is a very common sight. But there was a time when Bollywood swimwear was very conservative, even the boldest actresses never dared to don the two-piece because showing off your skin was a taboo. Well, we have come a long way since then, and it’s interesting to see how much Bollywood fashion has changed over the decades.

This was the time when many actresses went bold, and for the first time wore one-piece swimming costumes on the silver screen leaving the audience gaped. This created uproar and drastically changed the perception of women. Perhaps, this was the decade that revolutionized Bollywood swimwear fashion forever.

Previously, the filmmakers used to show actresses fully clothed, covered in saris even at a beach or near a swimming pool! But then came the 60s and many of them started showing realistic scenes with actresses wearing swimsuits. Yet, the swimming costumes weren’t nearly as bold as they are today.

1970’s- The Most Fashionable Decade

Some risk-taking actresses like Zeenat Aman set the screen ablaze in two-piece swimming costumes. This also paved the way for other feisty Bollywood actresses to flaunt their bodies.
A time when fashion trends were changing fast, 70’s was the time for everyone to experiment with their looks without being conscious. This was also the time when the hippie culture emerged.

Many more actresses started to take pride in showing off their toned physique, and that in turn changed the way women everywhere used to dress. Uninhibited and free-spirited women changed the fashion rules that had been holding them back for centuries, thus broadening the public tolerance threshold and increasing the freedom for women.

Continuing with the trend, Dimple Kapadia, one of the most iconic actresses of all time, wore a red bikini in Bobby that proved that this trend was here to stay. People were raving over her bold and super-hot character in the movie. Millions of young girls wanted to be like her and dress like her, and the taboo of westernization was ripped apart. She wore it with such confidence and comfort that everyone stood amazed.

The 80s saw even the other Bollywood divas singing and dancing, sporting bold costumes and flaunting their curves unabashedly. Madhuri Dixit also shed her good-girl image with the blue swimsuit in Tezaab.

Seeing the Bollywood beauties break free, the Indian women began to idolize them and their sense of pride and body-consciousness were renewed too.

With the western influence taking over, Bollywood celebrities began to dance to non-classical tunes wearing gutsy costumes. Whether it was Urmila Matondkar or Kajol, all of them were embracing their beauty fearlessly.

Outside of Bollywood, Indian beauties were creating headlines in various international pageants. Miss Universe Sushmita Sen and Miss World Aishwarya Rai were taking over the world with their charisma and confidence. They were the front-runners, even in the swimsuit round, proving that the time has come for women to become free and independent, dress as they please without being daunted by the society and it’s norms.

This helped build a strong and positive image for the modern women- ready to take on anything.

Swimming costume fashion in Bollywood saw many changes in leaps and bounds in this decade. Starting from when Lara Dutta was crowned the Miss Universe in 2000, there was no stopping.

Lara Dutta was the highest scorer in the swimsuit round in the history of the pageant! She charmed the judges not just with her looks, but her wit, intelligence and calmness apart from confidence. Later, she went on to make waves in Bollywood too with her sequined bikini in Blue- a game changer for Bollywood.

Followed by that was Kareena Kapoor’s size-zero look in Tashan. While she looked gorgeous and perfect in the sea-blue bikini, this trend put pressure on the everyday girl.

All You Need To Know About Dry Haircut

Beautiful Curvy Celebrities Who Brought The Booty Back

30 Home Remedies For Open Pores On Face, Nose, Cheeks And...