Indian Fashion Blog
Home Celebrity Celebrities and their Smartphones: Check out What Gadgets They Use 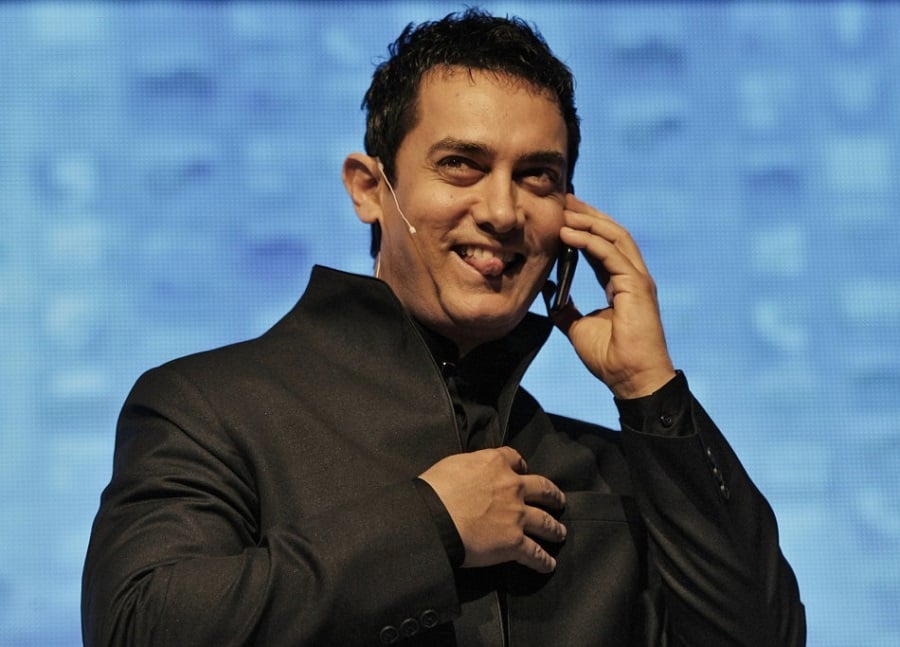 By now I have discussed on how Smartphones and gadgets have become style statements in length. Click here to read the full story. In this post, I’m going to disclose what Smartphones celebrities use and why. Hunt for your fav celebs’ gadgets have finally ended.

Do have a read to find out how celebs are completely hooked up with Smartphones!

I had mentioned in my previous post how owning a Smartphone signifies about the class – A Smartphone in your hand shows how much financially you’re sound i.e. as per today’s mentality of people, those who don’t own a Smartphone are looked upon as unfashionable and lower class.

Assuming this theory to be true, it’s obvious to see the opulent class people to use the most high end lavish mobile phones and celebrities are no exception. But the million dollar question for fans is which brand or series do they have for their personal uses? Are celebs paid to use even their personal Smartphones?

We’ll surely go through their personal gadgets, but let’s debunk some popular notions at first. While it’s a known fact that endorsements highly rely on celebrities for their face value, it’s not completely true that brands pay the A- listers to use their Smartphones even for their personal usage.

While it’s a still debated topic whether Ellen and Shahid are using these publicized widgets for their personal usage or they’re paid for it, the truth is celebrities are hooked up with Smartphones for sure.

And the world could only get to know about their personal devices through social media, especially Twitter & Facebook, thanks to the ‘selfie’ trend. 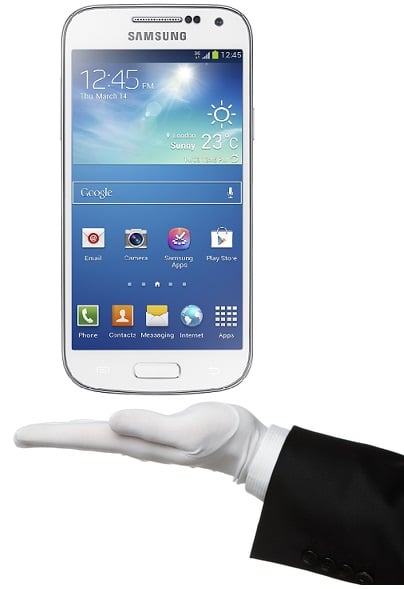 The celebrities, who end up liking the product, are asked to host similar promotional parties of their own, during which Samsung will give free handsets to new guests, also celebrities themselves.

Fast Company had this to report,

“The White Glove program is a cross between the social marketing of Tupperware parties (minus the pressure to buy something), the house calls of Mormon missionaries (minus the pressure to give up smoking), and the persistence of Green Eggs and Ham–but for gadgets. A friendly, clean-cut rep shows up to dinner at your friend’s house one night, teaches you all about the “product,” and lets you take it home and decide for yourself. At no cost.” 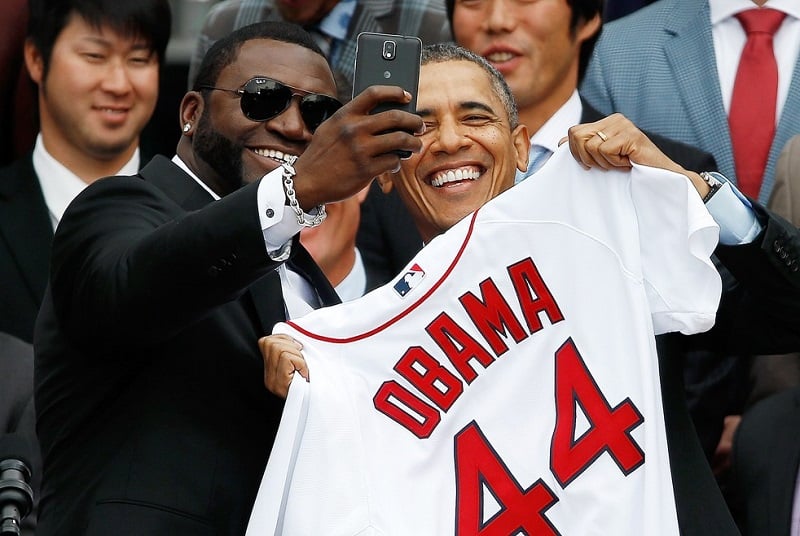 In one such program, Dana Brunetti, who had produced The Social Network movie and the much popular House of Cards Netflix series, was offered a free Galaxy S3. Dana politely accepted the gift but said, “Yeah, I’m going back to the iPhone as soon as dinner’s over.”

He however agreed to use the Galaxy S3 along-with his iPhone for a month.

A month later, he switched his iPad for a Galaxy Tab and even hosted his own Samsung party, where other celebrities were converted to Samsung. Brunetti said, “People love things that are free, particularly celebrities.” He further added, “They’re the last people that need something free, but it’s smart. They wouldn’t buy it otherwise.”

He was not paid for it, but he was motivated only after he came across the features that aptly suited his lifestyle.

Jay Z is another talked about celebrity who converted into a Samsung user and ended p releasing his Magna Carta Holy Grail album to Samsung device owners, including Martha Stewart.

As Fast Company puts it this way,

“When Beyoncé whips out her phone on the street in Brooklyn, Korea’s largest business conglomerate wants the paparazzi to see that she’s playing Words With Friends on a Samsung.”

White Glove’s marketing strategy is apparently aimed at enabling the celebs with the Samsung experience, hoping they’ll end up using those devices instead of the iPhone.

Samsung’s spokeswoman Ashley Lane had this to say,

“We recognize that celebrities are influencers, and the best way to endear them to our products is to get the product into their hands to try for themselves. From that point on the buzz build becomes organic through press and word of mouth.”

The selfie art emergence and celebs’ obsession with Smartphones Quite recently we have witnessed the emergence of the ‘selfie art’ that is hugely dominating the social media and celebrities should be blamed for it. From RiRi and Miley Cyrus to our PC and Deepika, all are responsible for the decade’s biggest online trend.

Did you know more than 31 million Instagram photos have been hashtagged #selfie?

The trend has become so influential that the term ‘selfie’ has also made its way into the Oxford Dictionary. 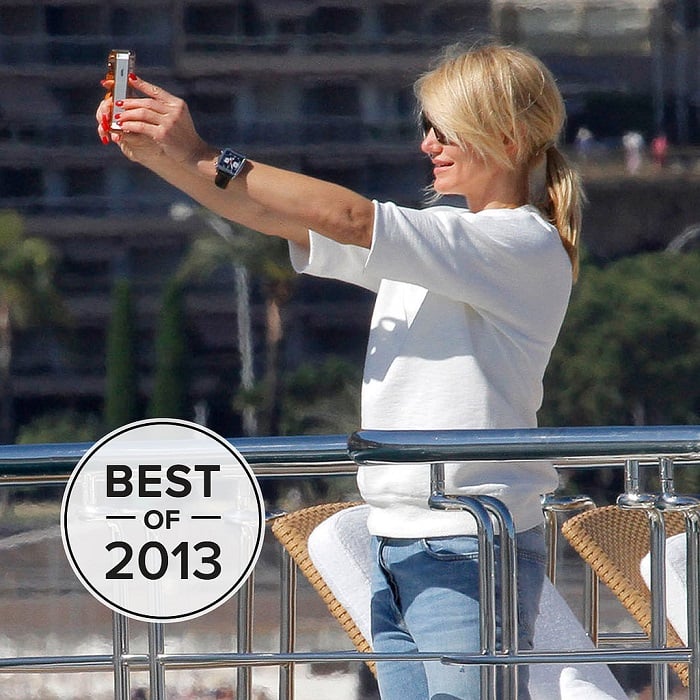 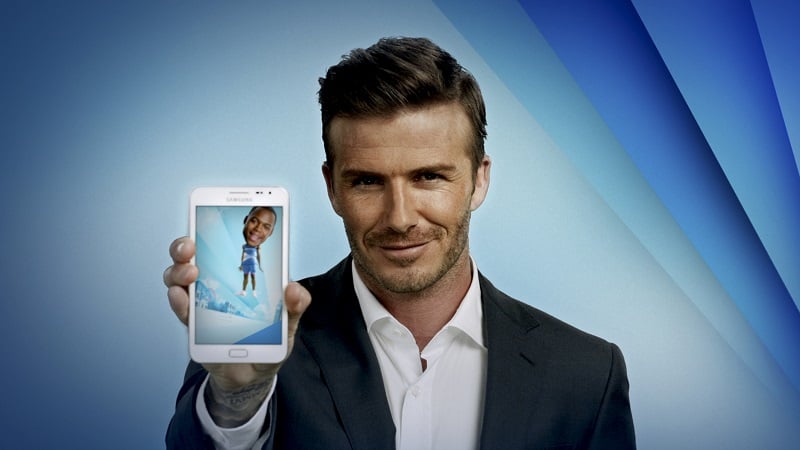 Apart from Jay Z and Dana Brunetti, superstars like Nicole Scherzinger and The Saturdays have also been pepped sporting a Samsung Galaxy S3 on social media channels.

This ultimate jack of all trades Smartphone is the super hardened device which is water and dust resistant, is ideal for multiple outdoor adventures. The Galaxy S4 Active even has an Aqua camera mode, meaning Bear could take snapshots in the harshest of conditions.

The world’s most popular novelist among children, J.K Rowling uses Samsung Galaxy Note 3. The writer needs a Smartphone that can keep up with her imaginative plots and characters. The Note 3 comes equipped with the innovative S Pen stylus so she can quickly jot down those magical ideas. Even Blackberry has a long list of elite clientele. Alicia Keys, who is hugely endorsing this brand, has asked her fans to share their selfies taken from BB handsets, which will be included in her on-tour music videos. Even Hollywood hotties such as Christina Ricci, Rachel Bilson and Chloë Moretz were seen hanging at the Blackberry Z10 launch earlier this year. Lady Gaga’s current choice is Blackberry.

And how could we not mention US President Obama’s name, who is an avid Blackberry user. Back in India, Sachin Tendulkar is frequently seen tweeting via  UberSocial application of Twitter. Even his admirer M.S.Dhoni is also an honest consumer of this brand.

And Bollywood Badshah SRK also is a Blackberry fan. A self-confessed gadget freak, Shahrukh frequently sends out tweets and shares pictures via his Blackberry.

Irrespective of the reason of celebs’ obsession for their Smartphones, they have however contributed hugely in making gadgets and Smartphones as compelling fashion accessories of this era.  Plus, with the prevailing ‘selfie’ trend, the Smartphones have ultimately become style statements for fashion enthusiasts across the globe.

Hope you enjoyed reading this post! Do let us know who you favorite celebs are and we’ll let you know their personal Smartphones and gadgets!!

Beat The Winter Chill With Home Remedies For Skin Rejuvenation

Tips on Dressing Up For A Blind Date