French luxury label, Louis Vuitton, has strengthened its foothold in the country, by adding additional store space at the Delhi store. To celebrate this expansion, the label played host to a fitting store launch event which spelled glamour and opulence. 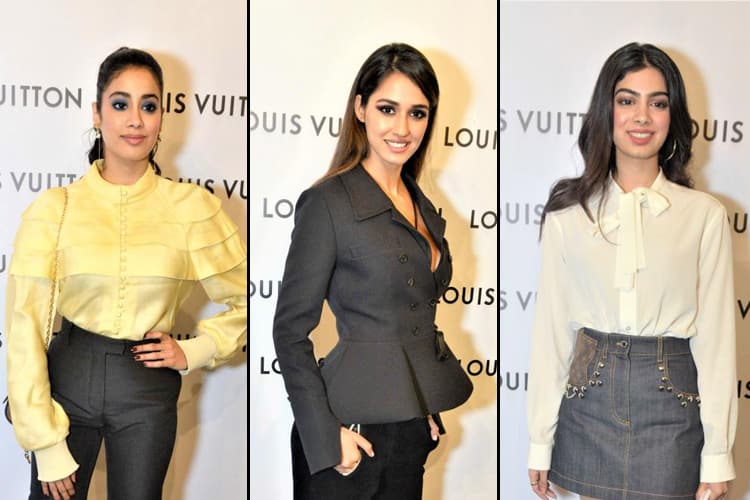 Introducing it’s ready to wear collection in India, the brand is all set to take over the segment. To emulate the young, fresh and dynamic vibe of the collection, invites were sent across to all the new faces of fashion in the country.

From Bollywood divas to stylists to bloggers, the event was graced by the future patrons of fashion.

3 newbies from B-town who are known to create ripples with their fashion picks, Khushi Kapoor, Janhvi Kapoor and Disha Patani, graced the LV store launch event dressed up most fashionably and immaculately.

With outfits picked out from the brand itself, the Kapoor sisters and Disha slayed playing fitting ambassadors to the premium ready to wear line. Power packed, strong and high on chic quotient, all the three ladies made for ravishing mascots.

Scroll down to see what our tinsel town divas picked from LV’s latest pret collection.

With rumors of the younger Kapoor sibling entering Bollywood going strong, Khushi Kapoor has absorbed much limelight. With shutterbugs waiting to capture her looks, the woman is ensuring she makes their wait worthwhile. Spotted along with sister Janhvi, Khushi opted to slay in a studded denim mini flashing the LV monogram paired with a white blouse, both picked out Louis Vuitton’s latest ready to wear collection. The pale pink LV handbag played eye candy. Rosy cheeks and a pink pout lifted the look further. With smoothened out hair and a pair of black ankle length boots, Khushi finished up her store launch look. 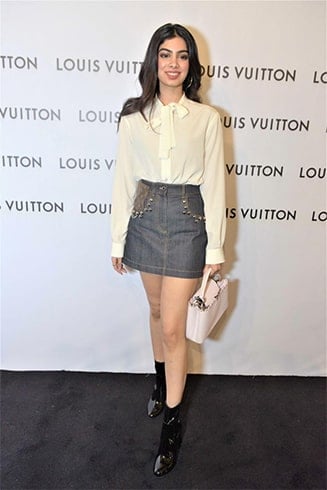 Janhvi may have just debuted in the world of movies, but her tryst with fashion is prolonged. The woman is blessed with both her mother’s looks and style aesthetics. The one movie old star has added the super stardom initial to her name courtesy her larger than life style. At the LV store launch event in Delhi, Janhvi chose to ape the enigma and magnetism of the legendary style icon, Audrey Hepburn. Janhvi dressed up the poised way in a ruffled silk top and fitted black pants. Adding a striking contrast was her striking blue eyelid. Janhvi finished her look with a sleek sling and a neat ponytail. For some standout touches the lady wore a pair of monochrome bellies. 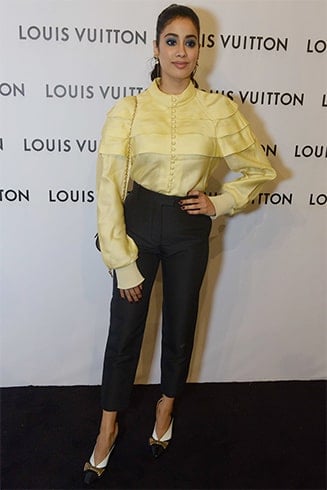 Disha opted to suit up for the store launch of one of world’s most coveted luxury brand. Going all black in a casual suit picked out from LV itself, Disha raised the power bar at the event. The jogger ankle length trouser suit complemented Disha’s athletic and toned frame. Adding to her suited look was her lace up stilettos. Sealing her look with smoky eyes, Disha had us gazing at her smoothened straight tresses. All in all, this look was a perfect melange of power and chic. 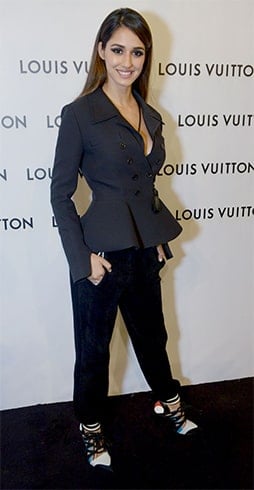 With these future flag bearers of fashion taking charge, the LV store launch event in Delhi was indeed a success story.

Benefits Of Glycerin For Skin

Inspire, Interact and Get Entertained At The 67th Milestone’17