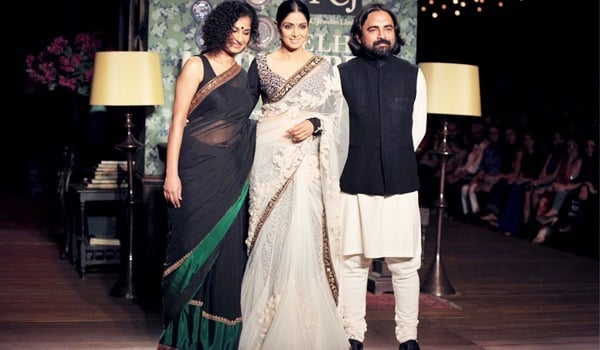 Geisha Designs by Paras and Shalini: A Language of Threads and Beads

Home » Fashion Designers » Geisha Designs by Paras and Shalini: A Language of Threads and Beads 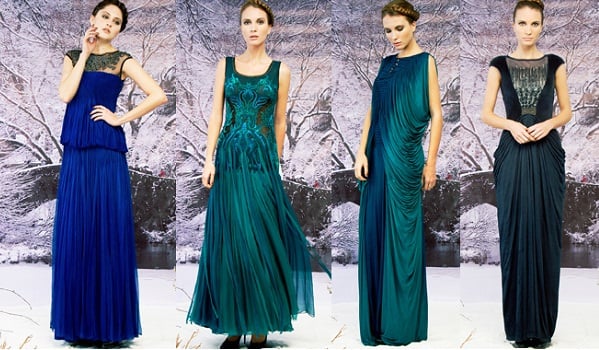 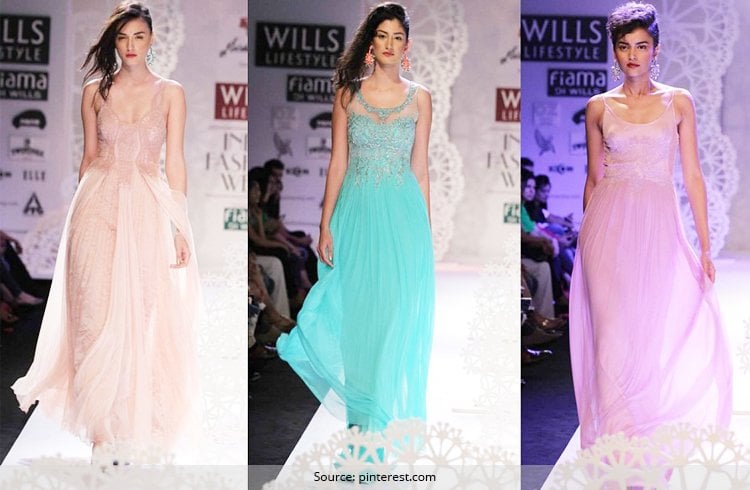 Let me refer the Paras and Shalini fashion house as sheer poetry conceived in the verses of intricate embroidery, embellished detailing and seasoned craftsmanship that dare the au fait of the fashion circuit. Geisha design – the brainchild of Paras & Shalini has become one of the major landmarks in the history of new age fashion.

This Indian based luxury brand transforms the bygone trends into a whole new range that aptly suits the taste of modern fashionista who doesn’t mind spending in the name of fashion. This design philosophy is hugely inspired by the nature’s pride including flowers, heritage art and mystique elements, thereby epitomizing style in true facets. 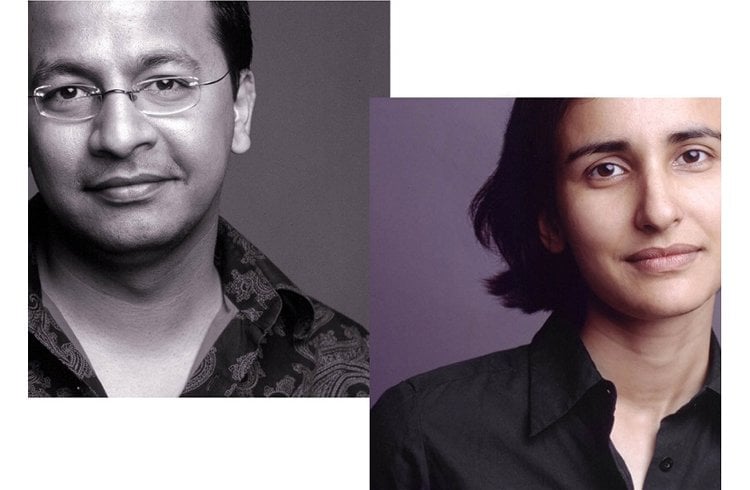 The designer duo mainly focuses on the high end craftsmanship and refinement for their creation. Launched in 2001, this luxe label screams out beauty personified with sheer elegance and ultra-feminine traits.

Next to the Shehlaa by Shehla Khan, the Geisha Designs by Paras & Shalini has become the second most celebrated label in the Indian fashion domain because of its exposure to sheer beauty and romanticism.

Right from their NIFT days, Shalini Jaikaria and Paras Bairoliya had envisioned fashion from the same viewpoint. Having complete faith on each other, they always knew they would rock if worked together. Finally the duo came forward to conceive this luxury lifestyle brand.

They re-create traditional Indian silhouettes by fusing some western elements into them in order to create unique styles, which can even please the most rigid fashion aficionados. 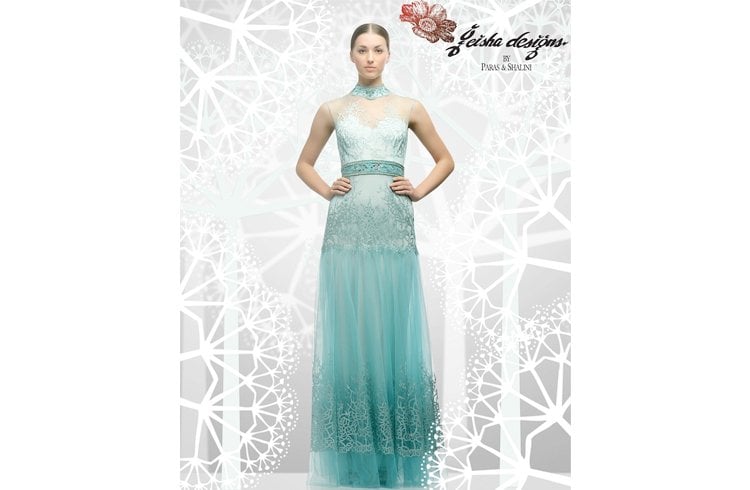 Their elaborate use of intricate embroidery enables romantic look to the wearer. Both these designers are famed to use traditional materials such as sequins, delicate threads and beads along-with 3D textures and motifs, thereby adding an edge to their creations.

Hand crafted designs are given much emphasis, which is the major reason their pieces are confined to the expensive clothing.

How did this designer duo meet?

Even though Shalini had medicine background, she decided to do a career shift and enrolled into NIFT to earn a degree for her dream job. This is where she met Paras in 1995. Since their working style and approach towards life and mostly in fashion was same, they quickly decided to join hands. But initially the story was different. Both were strong contenders of each others, when they used to work for same projects. That was the time, when they got to sense the potential of each other. The designers had great camaraderie. While Paras won the Ritu Kumar Award for the ‘Best Design Collection’ and Uma Nath Award for ‘Best Academic Student’, Shalini received the award for ‘Best Use of Traditional Textiles’.

While Shalini is more nimble-fingered towards soft fluid textures and techniques, Paras is more involved in the structure thing. Their individual skills when blend together nonetheless bring out the seasonal yet elusive whims of the ancient fashion which they have fondly christened as ‘Geisha deigns’.

As per the designers, the romance they visualize in their items is pretty soft and extremely sensual, which justifies the femininity to the core.

Here is an excerpt from an interview given to Klick,

“We have always believed in ‘Happy Endings’, and through a soft, subtle play of design, we try to bring out the personality of the individual, especially while doing bespoke tailoring. It was never a conscious approach, but has gradually become our signature style and definition.” 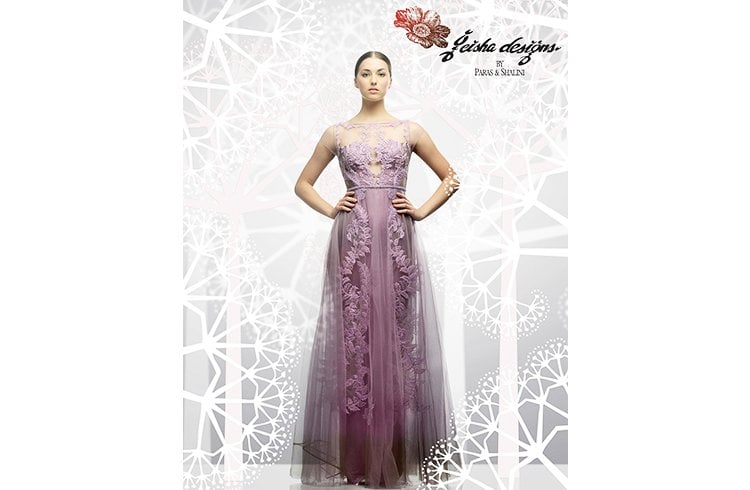 Every creation a form of art –

Each and every outfit they have conceived so far is a piece of art. You’ll have to step into their world to realize how their collection recreates the lost flavor of Indian rich heritage of hand embroidery and exquisite textiles.

From yarn and patterns to embellishment and finesse tailoring; their every effort screams out their passion for fashion and Indian elements. Their creations clearly reveal that the artists have left no stone unturned in making their collections compelling and worth-buying.

Use of color palette-

‘Old Rose’ is the designers’ favorite color palette, which they refer it as their interpretation of love, which is serene and romantic at the same time. This is the reason their tonal gowns embedded in silk tulle drapes were a huge hit early this month of Valentine.

When asked who epitomizes their Geisha design, they instantly referred their favorite muse Audrey Hepburn. As I mention this, I am visualizing Audrey’s Oscar white dress which is considered among the Oscar best dresses till date. Perhaps her personality aptly suited the designers’ fashion elements.