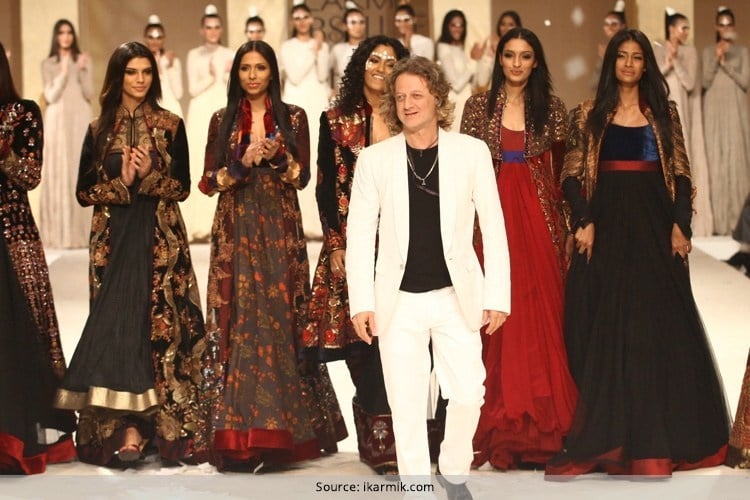 Lights, Camera, Action. He is all about spectacular set up, awesome soundtrack and clothes do die for. In 2001, he won the ‘Designer of the Year’ at the Kingfisher Fashion Achievement Awards and in 2006, he won the ‘Designer of the Year’ award at the Indian Fashion Awards. He is the one to have designed clothes for Amitabh Bachchan for Kaun Banega Crorepati 5th and 6th seasons. He has ventured into designing jewelery. Inspite of having tons of friends in Bollywood, he doesn’t design for them in films as he thinks he cannot follow a schedule.

Fondly called ‘Gudda’, Rohit Bal has had some of the hottest Bollywood faces walk his ramp – Sonam Kapoor being one of them. But if you take a look at Rohit Bal bridal collection, you will be stunned without doubt. The Grooming Years, Partnerships And Celeb Associations Of Rohit Bal

Fiercely intelligent, imaginative and innovative, the celebrated designer Rohit Bal, a native of Kashmir, graduated from none other than St. Stephens College, Delhi in History (Hons).

Thereafter he joined his family’s export business where he started learning the ropes. It was in 1990 that Rohit Bal launched his own label and designer line. Since then, there was no looking back. From the village crafts to the urban landscape, Bal brings all to life in his spectacular and original Rohit Bal collection.

[Also Read: A Walk Along Fashion Trail With Wendell Rodricks]

With prestigious stores in India, Middle East and Europe, Bal has held fashion shows in some of the famous fashion capitals such as London, Paris, Singapore, Moscow, New Delhi, Sau Paulo, Geneva, Munich, Jakarta and major cities back home in India.

Couture designing is not the only thing that fascinates Bal. The creative itch in Rohit Bal pushed him to get into a creative partnership with International show designer, Christian Louboutin.

As if this was not enough, Rohit got into a partnership with Nebula-Titan watches where Bal designed the watches which were sold at the Nebula Titan stores.

‘Reid and Taylor’ has signed up Bal as their Head Designer where his collection will be dutifully sold as Rohit Bal Reid and Taylor. As the brand ambassador for Chivas, Rohit Bal has emerged as the fashion icon having been invited by Rolls Royce to do a show with them.

Elaborate drapes and lehengas. On top of it, ambiance, jewellery, garments, hairstyle, everything is picture perfect and larger than life when it comes to Rohit Bal bridal collection. Here are some of the choicest picks of Rohit Bal collection 2015.

Absolutely pristine pick, this velvet mini jacket is which has been worn over gold embellished embroidered Rohit Bal designer lehengas.

This hand-crafted lehenga with short jacket is yet another awesome creation from the collection of rohit bal designer lehengas.

Loaded with inspiring and shimmering embellishments in the form of zardosi work, dabka, sequins, this marvellous Rohit Bal lehenga choli is truly splendid. 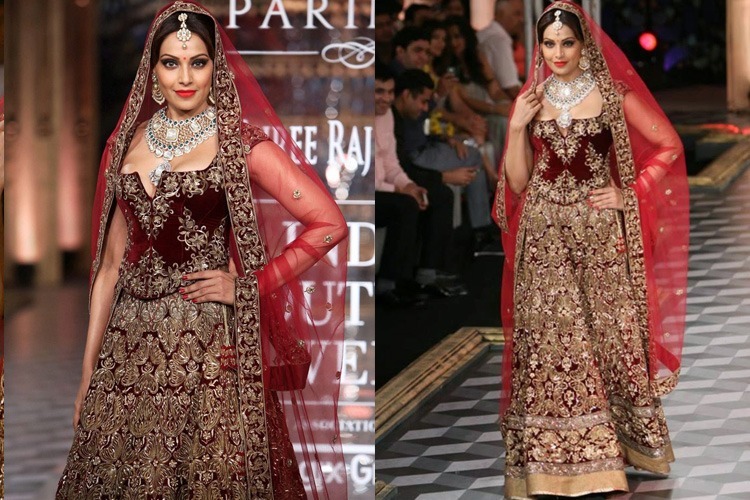 With wedding season on in full swing, it’s the right time to take your cue from Rohit Bal wedding dresses before summers set in.

How To Remove Ear Wax Naturally Without Damaging The Ear

Fashionlady - November 3, 2018 0
She is the most respected designer wear brand in India. Her bringing together of traditional Indian craftsmanship and contemporary nuances is distinguished till this...