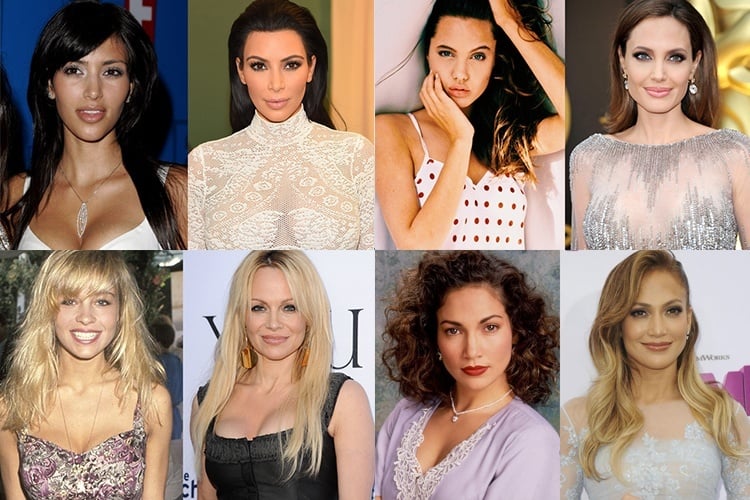 As long as the statement, ‘Beauty lies in the eyes of the beholder’ continues to live, we all are born beautiful. However some aspire to be more beautiful than what the heaven has already blessed them with. Here comes the role of the celebrated plastic surgeons to the limelight. The plastic surgeons of the Hollywood fraternity is worshiped by their clients, for their artistry, for they mold them what they want to be molded into. Of course it is no secret that Hollywood is full of plastic beauties. Here’s an insight to the saga of hollywood plastic surgery

Before And After Plastic Surgery

Here is our list of before and after plastic surgeries on Hollywood celebrities.

With every passing day she is becoming my most admired celebrity. Precisely because she gives me so much material to write on. Whatever topic I have to cover, she covers it all. You need to do some celeb talking and Kimmy is the first person to knock your head. The not-so-natural beauty, Kim, has worked done almost everywhere. A Rhinoplasty, Botox, Fat Transfer, Breast Implants, Butt Implants, Liposuction, and Laser Hair Removal…every terminology in the dictionary of beauty surgery will find a definition in Kim Kardashian. The over cost of all these works, a whopping 24 grands if not less. Jennifer Anniston was born with sinfully gorgeous looks, and yet she wanted more to it so she could prove she is pretty. After years of denial she had to admit the truth. The star has confirmed a couple of nose jobs, but has clearly denied having any breasts augmentations or lip surgeries. But we aren’t that naïve, are we? A close observation of the before and after picture of the star makes the truth obvious.

[Also Read: Things to Know When Getting Plastic Surgery] The baby sis of Kim Kardashian has grown up in front of the camera. It thus becomes impossible for her to hide the reality from the eyes of the beholders. So when she went on to defy the possibilities of beauty alterations, she fell flat on her newly constructed face. After failed endeavors of hiding the truth, she finally admitted to have made a couple of trips to the plastic surgeon’s clinic. Her changed jaw line, nose, and that famous pout is certainly a result of those trips as her before and after plastic surgery looks are totally mismatched. No matter how pretty she is now, she certainly looks old for her age. Hope she doesn’t regret her decisions in the coming years of her life. 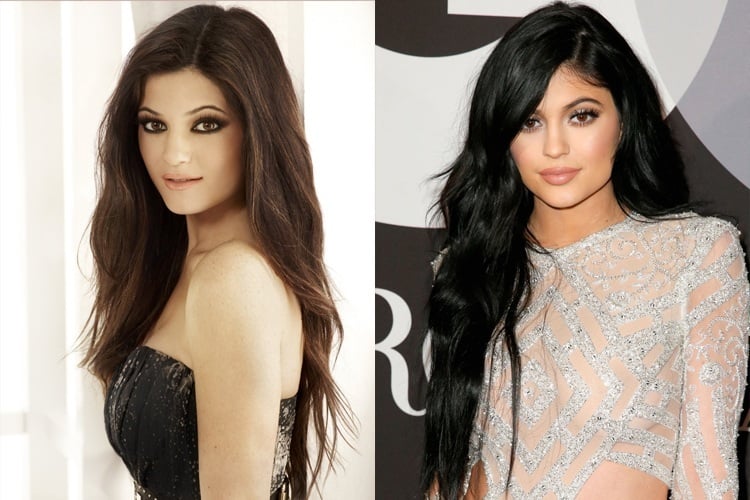 It was indeed heart breaking to see the sweet child star ruining herself to drug abuse. The over dose of an unhealthy life had started showing their footprints on her appearance. To reunite with her natural beauty, the “Mean Girls” fame had to surrender at the hands of beauty doctors. Lohan might not have undergone any surgeries, but at the tender age of 25, she has certainly gotten fillers injected into her lips and cheeks. The demands of Hollywood are high, but 25 shouldn’t be the age at which one needs work on oneself. 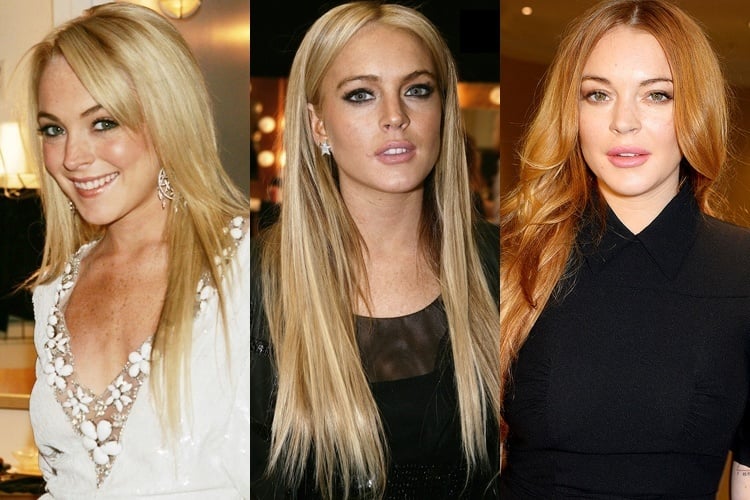 No offenses, but the pictures of Pamela Anderson prior to getting those pounds of silicon pumped into her breasts and numerous other make her meteoric rise as Hollywood’s sex symbol was pretty doubtful. Those blond beachy waves aren’t real either people because Pam was born with lustrous brown hair. A little surgery on the lips to make it poutier, a well-defined nose with the help of a surgical knife worked towards changing the looks too. Here is a picture of the actress before and after plastic surgery. There is no denial, Hollywood is an unforgiving industry, and even the conquerors like Angelina Jolie needs to adjust to its dynamics. The famous wife of Brad Pitt had to accede to a face and neck lift. That high priced nose was sharpened a little, and yes, she brought the pout look into limelight by getting her natural ones filled. Just have a glimpse of the hollywood star’s before and after plastic surgery. She just celebrated her 46th birthday, but her appearance at the recent AMAs didn’t confirm her age. Well, a little botox or a minor plastic surgery in hollywood, never hurts any one. But here we are talking about more than a little botox. Though the mother of two has been constantly denying any plastic surgeries, the before and after pictures of the songstress speak volumes.

A Fashionable Trip Is A Must To Turkish Lifestyle – Here’s...

Stardust Awards 2015 Was All About Sexy Outfits And Beautiful Hairstyles!

Fashionlady - December 23, 2017 0
While we rely on our celeb blindly, we need to be a little more conscious while emulating their fashion choices. You may think they...