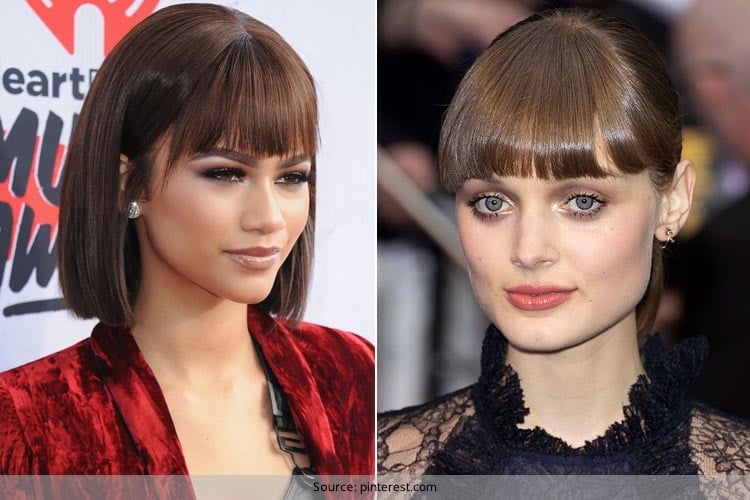 Hollywood Haircuts You Must Try

That having said, get hold of a notebook as I take you through celebrity hairstyles which are good hairstyles for summer. Some Hollywood haircuts are easy to do hairstyles, some cute easy hairstyles, and almost all try on hairstyles are noteworthy and worth following.

Sideswept bangs made Bella Hadid, who walked the red carpet at Cannes 2016, bring in an element of French mystery in Hollywood hairstyles which was striking enough.

She is known for her badass style. RiRi accessorised her hollywood short hairstyles with chokers, sheer tank and oversized hoodie.

Brassy blonde color and overgrown roots are not the type to work. Yet Kristen Stewart made it happen at the Met Gala. The outcome – hollywood short hairstyles which is not only cool, but badass and glowing beyond doubt.

Fearless is the best definition of Kerry Washington, and that goes into her summer haircuts too. She was all of fun at the Met Gala red carpet where she sported reddish-purple curls.

This boyish pixie crop worn by Irina is a star delight as she made a debut on Instagram via a teaser for #Secret Project. Doesn’t her cute easy hairstyles look straight and fresh out of the water?

Driven by change, she went ahead and called the reddish warm shade of hollywood haircuts that she put on as ‘desert rose’. Wow, that’s a nice definition of try on hairstyles.

Nice to see the new mom Kim Kardashian reveal ombre hair as hairstyles for summer via her Snapchat account. It’s try on hairstyles that would look cool for the summer months, considering it involves lightening up of the hair at the ends.

Actress in Pretty Little Liars, Lucy Hale takes up hair lightening one step ahead as she wears a shade of platinum streaks. It’s one of those hollywood haircuts that look glam, ultra-modern and cool.

Looking redhead at the New York Fashion Week, Blake Lively turned heads with her latest hollywood hairstyles that was more of strawberry blonde. It’s a warm colour that suited her complexion pretty well.

Iggy’s coral coloured tint is in its own bracket, far away from the usual options.

So which of the Hollywood hairstyles and hairstyles for summer you are going to try on yourself and make it your own? Post your replies and comments.

5 Fashion Trends Our B-Town Beauties Are Gradually Replacing With Latest...

How to Pick Handbags for Different Occasions