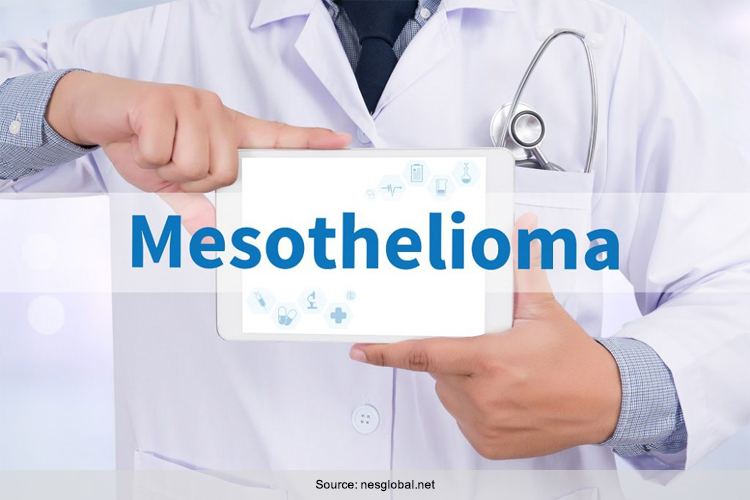 Cancer impacts many people around the globe each year – it is estimated that the number of new cancer cases will rise to 22 million within the next two decades. When people think of cancer they often think of genetic factors, as is often the case with breast cancer, or smoking which can lead to lung cancer – but what if your home can be the cause of a cancer diagnosis? That is the case with mesothelioma cancer, a rare cancer with only one cause – asbestos exposure. Asbestos is commonly used as a building material because of it’s ability to resist heat, fire, and electricity. The toxin can be found in insulation, piping, cieling/floor tiles, caulking, and automotive materials.

The toxin is still legal in much of the world – including India. Only 60 countries have banned asbestos. It is estimated that as many as 43,000 people around the world die annually from from the disease.

Each of the three forms of cancer present themselves differently making diagnosis difficult.

Symptoms of pleural mesothelioma include fatigue, difficulty breathing, hoarseness, fluid buildup, fever, and night sweats. In addition to the range of symptoms diagnosis is complicated by an extremely long latency period. Symptoms of the disease typically don’t manifest until 20 to 40 years after the asbestos exposure occurred. After so much time has passed many patients do not recall being exposed to the carcinogen. 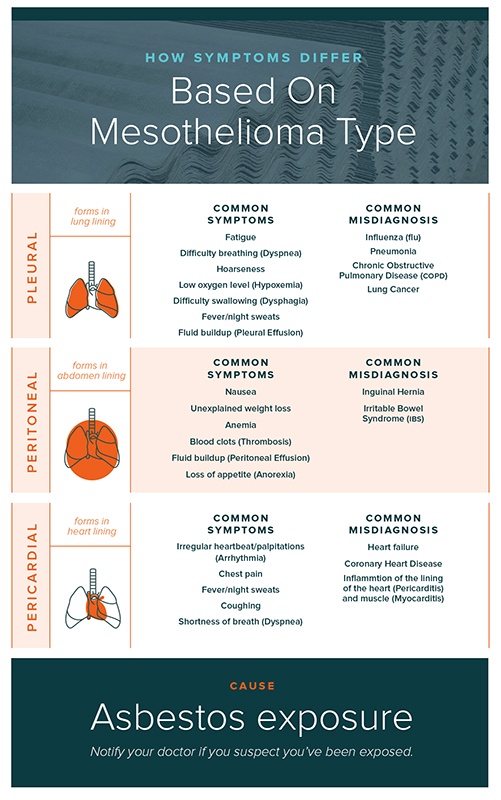 Additionally, if patients only seek medical attention once they are symptomatic the disease has most often progressed into the later stages. In the third or fourth stage the disease has spread to other organs making treatment difficult. Following diagnosis most patients have only 12 to 21 months to live. However, peritoneal mesothelioma survivorship has shown significant improvement, largely due to new forms of treatment, such as hyperthermic intraperitoneal chemotherapy. Sixty-five percent of peritoneal mesothelioma patients are alive five years after their diagnosis, while only 12 percent of patients with pleural mesothelioma achieve 5 year survivorship.

While the form of mesothelioma certainly plays a large role in the chance of survival there are other contributing factors. As stated earlier the stage at which the cancer is diagnosed plays a role in prognosis, as does the patient’s age. Older people in general have lower survival rates, with age comes a variety of health-related conditions that can make a mesothelioma diagnosis more deadly. Additionally, women have a higher 5-year survival rate at 16 percent than men at 9.3 percent. This is thought to be related to women generally getting diagnosed at a younger age because they are more likely to get regular checkups.

While there is currently no cure for mesothelioma awareness and education are the best preventative measures. If you think you have been exposed to asbestos consult a medical professional immediately.

How To Get Rid Of A Headache: Simple And Effective Home...

Fashionlady - June 6, 2019 0
Have you considered updating your look and appearance? Do you believe now it is good time for a change? Then you should know that...