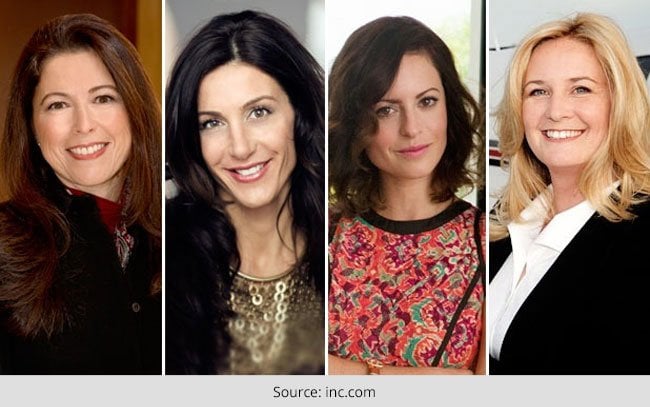 Recently I had the opportunity to interview a successful female CEO at her office, who was dressed up in jeans and buttons down. I just wondered what do female CEOs across the world wear to work when fashion has become an integral part of the corporate world.

Let’s find out what women CEO’s across the world are wearing to work to success and have eventually become the best-dressed title holders!

My interview with a fashionable female CEO

Before getting into the list of fashion-perfect female leaders, let’s get back to the topic where I had left in my first passage. The female CEO with whom I had interviewed believed in comfort over serious dressing. Being a CEO of any company doesn’t mean you have to always show up in suits, saris and other formal wears.

As per the Chief Executive Officer of an apparel company, she loves fashion and always makes sure to track the latest trends and celebs’ style in her RSS reader. She further reveals her penchant for red carpet fashion, but then she seizes herself to ground realities and confesses fashion and work don’t always go hand in hand.

Even if comfort is the key to dress successfully, that doesn’t mean one will show up in their paddle pushers paired with t-shirt and crocs to the office. She will be in the next day news for all wrong reasons.

However this influential American lady believes in managing her workplace wardrobe while keeping a balance between comfort and fashion.

She further adds on, nobody gets paid for what he/she wears, so when she established her company, she had vowed to wear what she wanted – comfortable yet fashionable. And she finds those two dressing staples in jeans.
She proudly tells me how her company’s job listings hold a tagline –

“You will usually see us, including our CEO, in our jeans and with our nose to the stone.”

My purpose behind this meeting was to find out what women CEOs are wearing to work. And I was amazed to meet this female executive in jeans. She admits to the fact that it has happened over a hundred times with her when she is asked time and again that what she does at the company. She faces this question from people, especially when they see her in casual dressing at office.

The million dollar question is how to dress to success? While we’ll share with some relevant tips on what to wear to work at the end of this edition, let’s find out what top female CEOs are wearing to work!

Gone are the days when fashion was incompatible with the corporate world and was only headed by the stereotyped pant suits, pencil skirts with blazers, handloom salwar suits and sarees. But now if we do a closet raid of the top women executives across the world including India’s very own female titleholders like Indra Nooyi, we will discover a revolution in their dressing sense.

No matter if you’re a CEO or not, but if you’re worth is 50 crore or more in INR then why shouldn’t you flirt with high end fashion brands?

Just like Marissa Mayer, Yahoo CEO who has now become the new face of workplace fashion, especially after she became the cover girl for one of Vogue’s issues last year. Marissa had once paid a whopping $60,000 at a charity event so that she could have lunch with her dream designer Oscar de la Renta. Now that’s extreme!

Did you know- Marissa’s closet has furniture in her walk-in closet, where sits in her high-backed chair and decides which outfit she would wear to meet the President.

Let’s find out the best dressed female CEOs, whose closets are bigger than any regular 2 BHK apartment!

This female CEO is notorious to have set-up her multi-billion dollar fashion empire in less than a decade.

Tory had started her fashion label in 2004 with a boutique at 257 Elizabeth Street in Nolita. Her label was endorsed by Oprah Winfrey and the rest they say is history.

In 2008, Tory had won Accessories Designer of the Year award by the Council of Fashion Designers of America. Today with 68 stores worldwide, you’ll find a pair of Tory Burch flats with her signature emblem in almost every female New Yorker’s wardrobe.

The self-made billionaire is known for her demure demeanor and classic yet preppy-boho style.

As I have already mentioned about Marissa’s knack for fashion and her penchant to high end brands, this female CEO is now looked upon as the best dressed by many in the world, thanks to her photoshoot with Vogue.

During her 12 year-long career at Google, the gawky tech savvy managed to become the first female Vice President. And after roping in as Yahoo’s new chief executive, Mayer revamped Flickr, redesigned the home page, and took over Tumblr.

Click here to read about Marissa Mayer’s complete guide to her office dressing.

Angela is credited to have transformed Burberry, the British Luxury brand into one of the world’s high end fashion houses. Not only did she manage to revamp the century-old fashion label but also multi-folded the revenues by three times. Angela is the highest paid CEO in the UK making $26.3 million.

Being the Chief Executive Officer of a tech-savvy fashion powerhouse, it’s of no surprise to see her at number 3 in the list of the best dressed female CEOs in the world.

The Queen of online retails, Natalie is credited to have introduced luxury shopping to the digital world. In 1998, Natalie quit her editorial job at Women’s Wear Daily only to launch world’s first online retailer dealing with designer wears. In 2010, she sold her share of her company for an estimated $60 million dollars to Richemont.

Born to a Chanel supermodel and with her childhood being spent in Paris, Natalie was bound to connect with fashion.

In 2012, Natalie became the Chairman of the British Fashion Council and the very next year i.e. in 2013, she was listed among the 100 most powerful women in the UK by Woman’s Hour.

Sandberg is the first woman to have ever served on Facebook’s board. Apart from being the COO of the Facebook, the 43-year old billionaire is a philanthropist like Bill Gates, who has donated half her wealth to charity.

Sheryl is also a magnate radical of new age women’s empowerment at the workplace, thanks to her controversial yet bestselling book on gender equality, Lean In.

Apart from being the powerhouse at the world’s most successful social media; Sheryl is also a no-nonsense dresser.

Unlike her boss Mark Zuckerberg, she neither dresses too casually nor picks serious corporate outfits.
The 43 year old COO had stated in her interview with Guardian,

“I don’t want to look super-uncomfortable, like I usually do in pictures. I’m not a model type, I’m a suburban mom, so nothing too fashiony.”

Her no-nonsense attitude is clearly demonstrated through her style, which is youthful, high-spirited and relaxed.

Her fashion-conscious dressing sense aptly suits her petite figure. The COO loves to wear clothes that are monochromatic and plain and her favorite shades include blue and purple. She believes in ‘less is more’ theory and limits her accessories to her watch, wedding rings and earrings.

When Leslie rose to the position of CEO in 1994, the company’s future was defined. Leslie, the mother of mineral makeup who is now with this company for over 2 decades now has had her share of sheer success.

And when she was profiled by the New York Times in 2011 under the caption – “Move over, Estee Lauder”; Leslie had paved her way into the list of top 10 cosmetic giants in the world.

Not only does the makeup connoisseur know how to pick the right shade but she also understands fashion in depth. This is the reason; even at 50 this female executive can give the supermodels a run for the money.

Laurie, who has taken SPANX from a mere startup company to an international powerhouse is ranked at #31 in the list of the ‘Sexiest CEOs alive’ by the Business Insider. The mother of 3 preaches a golden rule – “Know the odds, but believe you can beat them.”

By transforming a one-product line into a robust top-rated brand, Laurie has certainly justified her ideology. Nonetheless, the CEO does know how to be at her best when it comes to dressing.

As promised, I am back with my meeting with the female chief executive officer of an apparel brand. She finally wrapped up the meeting by offering me 3 golden tips on how to dress to success at work. She suggested considering the following before making the wardrobe selection of the day –

1. Make sure to maintain modesty by covering up your bases

Never be caught at the hands of your female HR, who later sends you a personal mail suggesting you to take care of your peek-a-boos or undergarments sneaking out of your pants or your toned belly peeking out every time you raise your hands. Always wear to office that is acceptable and goes with your workplace culture.

As per Lynn Tilton, founder of Patriarch Partners LLC, she can never send her female employee home for showing too much skin at workplace. While confronting such women is quite uncomfortable; the employees should be sensible enough to respect their corporate culture.

On the other day, the HR department at Accenture had sent a general mail to everyone stating – “When we ask you to keep it short, it strictly means to meetings and calls.” The mail also had an attached pic of women in short skirts.

Irrespective of the fact how cool your corporate culture is; you should never forget the basic modesty.

2. Be an inspiration to your fellow employees

Almost every workplace culture appreciates and acknowledges the employees for their individuality. If you’re leading a team then you should allow your members to take cues from your dressing sense and attitude and become an example for smart dressing.

Adopting trends is a good thing, but it should never surpass your personal traits. Do not force yourself into a pencil skirt, when you are comfortable in ethnic outfits for your formal wear. The other day I had seen a woman at my office wearing a A-line dress after she watched her favorite actress Katrina Kaif in Jab Tak Hai Jaan movie.

While the Meera’s role played by Katrina in the movie was of a British upper class business woman with a striking personality, who moves around in a chauffeur-driven Rolls Royce; the A-line silhouettes she wore definitely complemented her personality. On the other hand, this female was far more over-weight with a pear-shaped figure.

And the knee length A-line body-hugging dress was just a disaster on her even though the dress was pretty beautiful and professional. So always go for outfits that suit your figure and personality. Just don’t get carried away with the trends.

We’ve now enabled you with a fair idea on what women CEOs are wearing to work along-with tips on how to dress to success. Hope this helps!

Golden Globe Awards Nominees List Is Out! Who Should Make The...

Bollywood Gets Inked: Have You Exercised Your Right to Vote