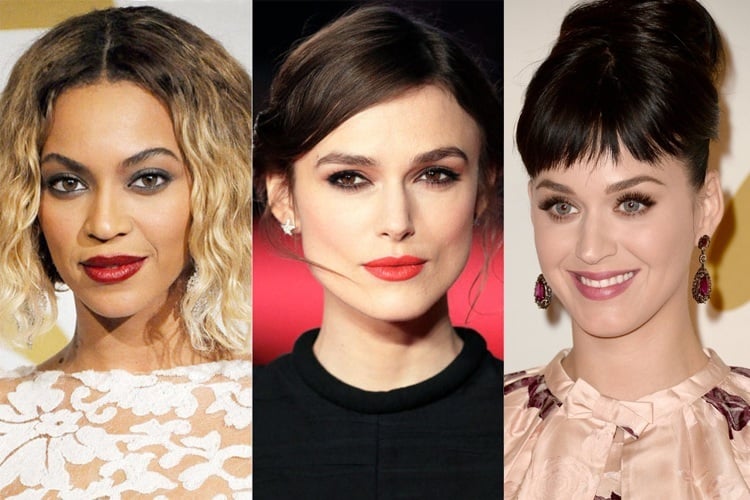 I have come up with some useful tips on different eye makeups that can help you understand your eye type and the appropriate makeup that complements your eyes. Do have a read!

#1 Eye Makeup Tutorial for Round Eyes

If you have round and big eyes just like Katy Perry then this eye makeup by Mia Silverio, makeup artist at the Paul Labrecque Salon and Spa can suit you.

Voila! And you’re all set to woo the world with your beautiful eyes, doe-eye look à la Katy!

Have you ever noticed closely Beyoncé’s eyes. Her almond shaped eyes are her major beauty assets, which she makes sure to be focused first while wearing makeup.

Almond eyes if you knew, have the most symmetrical features, which makeup artists always try to create through makeup.

If you have got such lovely eyes then use round eye technique and try to copy the shape of the Mrs. Carter’s eyes.

If you notice Camilla Belle’s face, you will understand what downturned eyes mean. Such eyes always need a little bit of lift. For this, eyeliner plays the key player.

I just love Keira Knightley’s eyes. They are so enigmatic!

If you have deep set eyes then follow the same tutorial which I have mentioned for round eyes. The only difference is apply the dark eye shadow very lightly.

If you want to create an illusion of round eyes then accentuate the highlighted areas, but make sure you do not overdo the dark shadow. It may spoil the look or else.

Kristen Bell has got close set eyes, which appears to be wider apart. Even if you have noticed Aishwarya Rai Bachchan’s eyes are set wider apart.

Don’t you like the flirtatious look Selena Gomez gives every time she appears before the camera? Well she can’t help as her hooded eyes are naturally seducing. Since the 21 year old singer has got some extra skin underneath her brows, her crease looks bigger and lids smaller.

Such type of eyes do not require much highlighting. If your eyes are also hooded then follow this tutorial –

Monolid eyes are something which you see with the Asian people, especially Chinese, Korean and Japanese. Such eyes continue straight from the brows and they do not have crease unlike other eyes. The major aim behind this eye makeup is to make the eyes look bigger and open.

Protruding eyes just like those of Nichole Richie should be handled cautiously. since they are already open and protruding do not highlight neither the bottom portion of the lids nor the inner corners.

The dark effect which you have created on the lid will minimize the protruding factor.

Hope this helps! Do let us know which eye type you have and we’ll help you with the appropriate eye makeup!

Lakme Fashion Week 2016 Ends On A High With Sabyasachi Mukherjee’s...