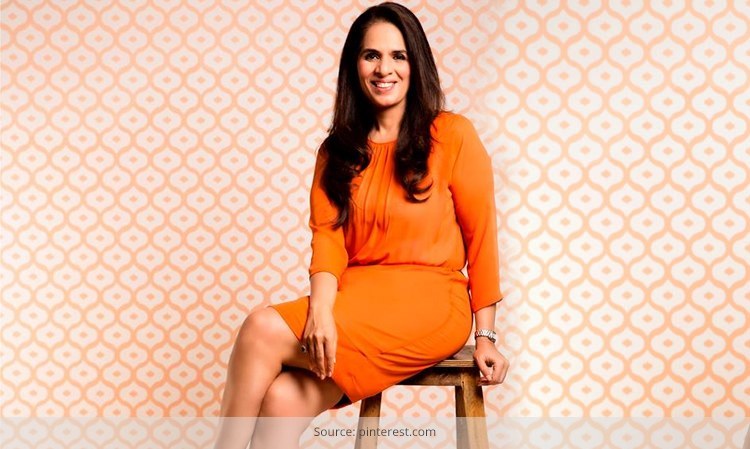 The name Anita Dongre brings to mind a plethora of celebrities the famous Mumbai based and very desi and Indian fashion designer, known for her haute couture and bridal creations, has dolled and dressed. Successful as a brand and born in the commercial capital of India, after graduating from the famous SNDT Women’s University in Mumbai, with a degree in fashion, Anita has created high impact with timeless classic touches in every creation she has presented to the world. She believes in amalgamating contemporary touches with traditional craftsmanship, making every silhouette she brings forth pretty wearable!

Celebrity Tabu (Bollywood actress) has always been known as the minimalistic fashionista who never experiments too much or flashes too much bling. But when it comes to dressing up and as seen as the promotion for her movie Dhrishyam with Bollywood star Ajay Devgan, Tabu stole the show in an Anita Dongre designer wear!

At the EID celebrations hosted by a friend, Mini Mathur, actress on Indian sitcoms and screens was spotted wearing a chic gota patti salwar set, with minimal embellishments and a touch of lemony-lime to suit the occasion around!

Yesteryear actress and diva, Sangeet Bijlani looked super haute and trendy in the block printed bundi top and a white long flowing dhoti skirt, Anita Dongre’s style for the diva in her fifties! The shutterbugs at the Vogue carnival couldn’t get enough of Sangeeta Bijlani!

Actress Prachi Desai at the Vogue Bridal Studio stunned the shutterbugs in a minimalistic yet very elegant western outfit, with a desi touch of crocheted embellishments. A crop top in white with plenty of tiny crocheted touches and a long midi-skirt for the bottoms!

Brides Don’t Have To Be In Red

Breaking the conventional norms of all things red for the bride, Anita brings a pocketful of sunshine for D-Day, making the bride doll up in a vibrant mustard orange gotapatti jacket and sage embroidery for the shorts. Mehendi and sangeets would be the best places to wear this creation by Anita, if not the wedding!

Do you remember what color she chose for Dia Mirza to wear on her Mehendi ceremony?

With the festive season upcoming, you wouldn’t want to wear anything less than that of bling, shimmer and shine. But, without overdoing the sheen, may we bring back the festive couture of 2014, as shown by Anita Dongre in royal silk blue touches, minimal embroidery and a chic crop top for the events ahead?

Not only with clothes, Anita Dongre has also captured our imaginations with the myriad range of traditional statement and very Indian accessories too. The entire jewellery, including maangtika for example as sported by Neha Dupia (Bollywood celebrity) says it all. Made from pure silver, and with a hammered pendant as an embellishment, Anita keeps the minimal yet sensual look coming!

Never over the top and never too loud, the two ways of getting haute couture right, is what eminent designer Anita Dongre thrives on. Follow her creations on social media sites, and watch how she brings to the world her sense of minimalism and passion through art and culture, creativity and innovation!

Gifts For Sagittarius Girlfriend To Keep Her Happy