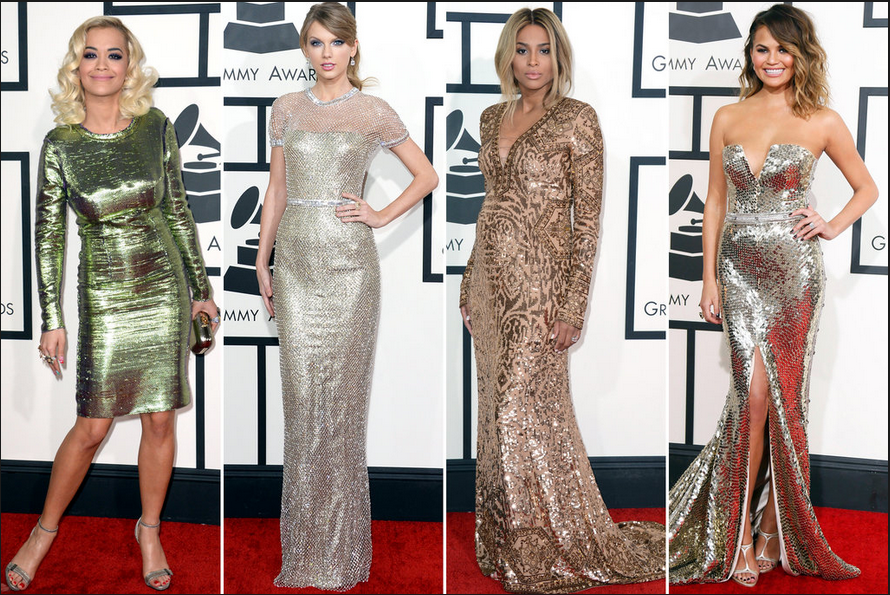 There is no other music awards show like the Grammys. The 56th Annual Grammy Awards were held on January 26, 2014, at the Staples Center in Los Angeles and was hosted for the third time by LL Cool J. While every year, the music giants graced the Grammy Awards 2014 red carpet to celebrate the success of music, this year it somewhat maintained low profile, except for Beyonce with Jay z, Taylor Swift, Madonna and few other names.

Soon after it got aired on CBS at 8 p.m, my eyes were set on the red carpet rather than the on-going performance to catch a glimpse of the rock stars in their red carpet outfits flaunting their best fashion statement. While I was keenly waiting for Miley Cyrus, Rihanna, Lady Gaga, JLo, Shakira, Adele and Nicki Minaj to show up, sadly they never came.

No matter who showed up and who didn’t up, the show must go on! The Grammys hold a special in the world of music awards, as the entire world looks forward to. From outrageous performances and controversial quotes to red carpet fashion parades and full on entertainment, the Grammy award events are among the most talked about for years after. While some Grammy events have taken the fashion wheel in absolute oddity; there are years, where the event was compared to the red carpets of Golden Globes and Academy Awards. 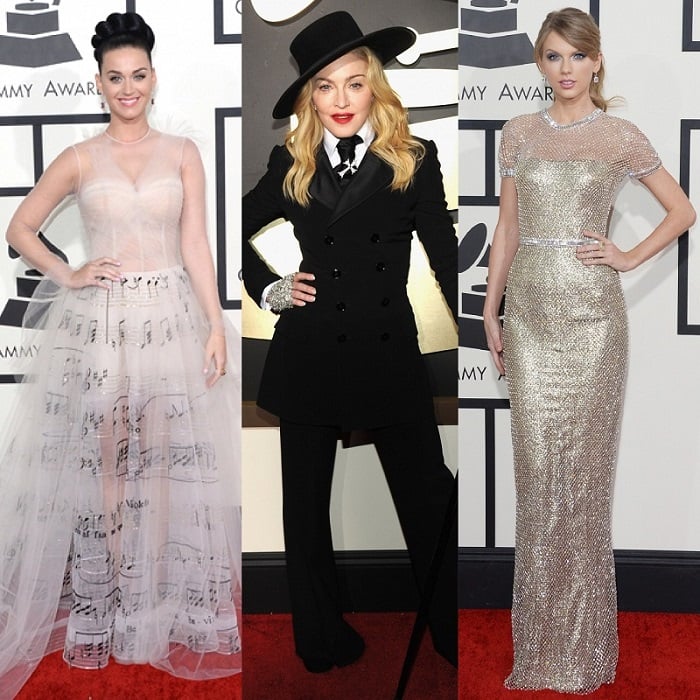 While my heart completely fell for Taylor Swift, I would give Beyonce and Katy Perry a passé. As usual I am confused to rate Paris Hilton on he red carpet appearance. While Twitter didn’t like Katy Perry’s musical outfit and her overrated knot, even there is a big question mark on Madonna’s tuxedo in the social media circuit. Perhaps she was just competing Diane Keaton’s outfit at the Golden Globes!

Dear Madge, the grill is old now! Even the older was your cane, huh!!

I would surely tag Kaya Jones, Nadeea and Ashanti in the worst dressed category, as they looked like going to a strip club rather any coveted awards show and in men’s category it is definitely Pharrell William. What was he thinking when he decided to show up in that weird hat and even his sports jacket was so out of place.

Taylor Swift’s shimmering metallic Gucci gown was indeed a treat for the eyes. For Fashionlady, the rec carpet’s best dressed of the night was undisputedly Taylor Swift. The runners up are followed by Ciara, Colbie Caillat and Kacey Musgraves.

Let’s have a look at the Grammy Awards 2014 red carpet best dressed! Taylor Swift hit all the right notes in her breathtaking Gucci tower of chain mail. Her sequin structured dress indeed reflected the songstress’ penchant for sequined gowns. While her Golden Globes outfit couldn’t earn her much points, she was definitely a winner in this Gucci number at the music event. 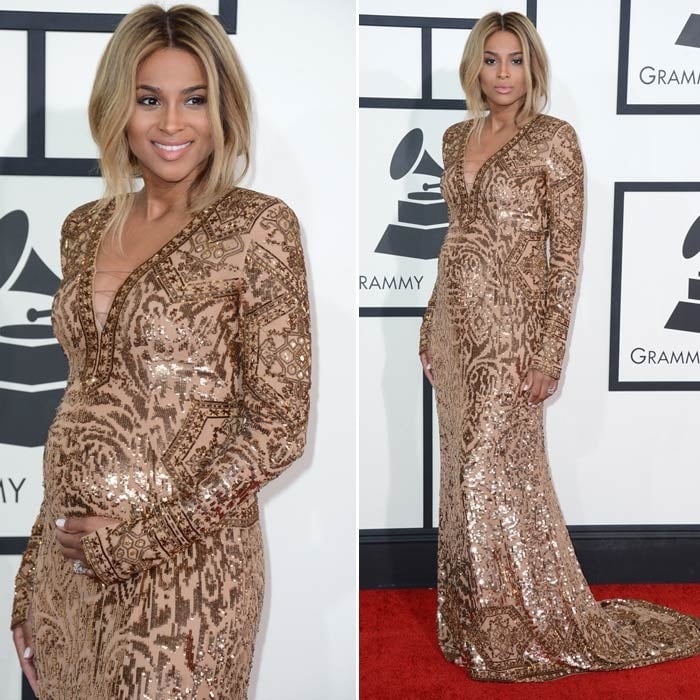 Ciara looked ravishing fantastic beaded rose gold, long-sleeved Pucci gown, as she showed off her cute baby bump. In an interview, she even mentioned that it took around 2-3 fittings to get the dress right. Her outfit was quite reminiscent of Olivia Wilde’s gown at the Golden Globes. 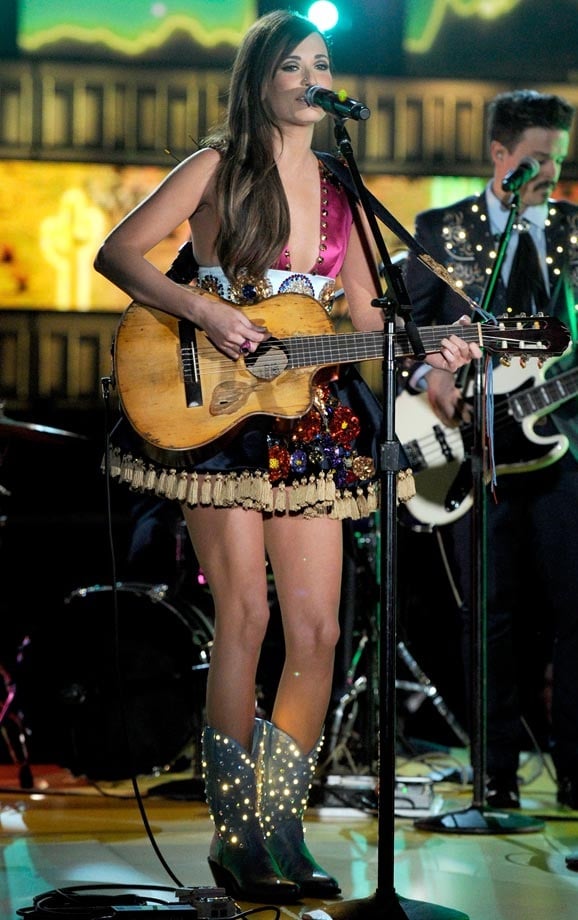 Kacey had this to say after receiving her award,

“Oh my god, I can’t even, I can’t even. I got to make a record that I poured myself into and I’m so proud of. I seriously cannot thank you enough!” 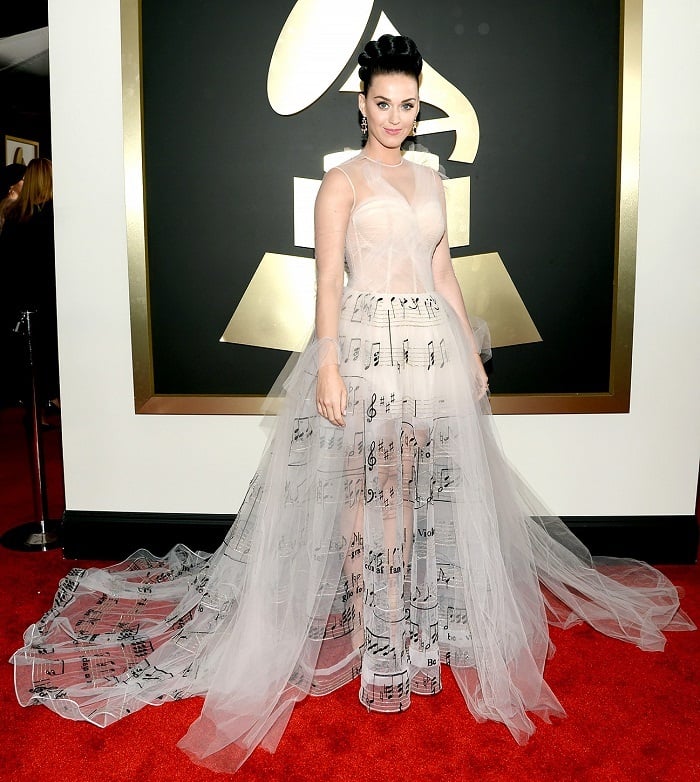 Katy Perry goes musical even on red carpet. As usual Katy once again brought out a sense of whimsy to the red carpet. The Prism diva, who was accompanied by brother David Hudson, was seen wearing a Valentino sheer couture printed with sheet music.

The ex-wife of Russell Brand, Katy who is currently dating John Mayer wore four dresses to the event. While none of the rest of her outfits could leave any lasting impression, let’s just forgive for her serious bout of wardrobe selection decision for the event. 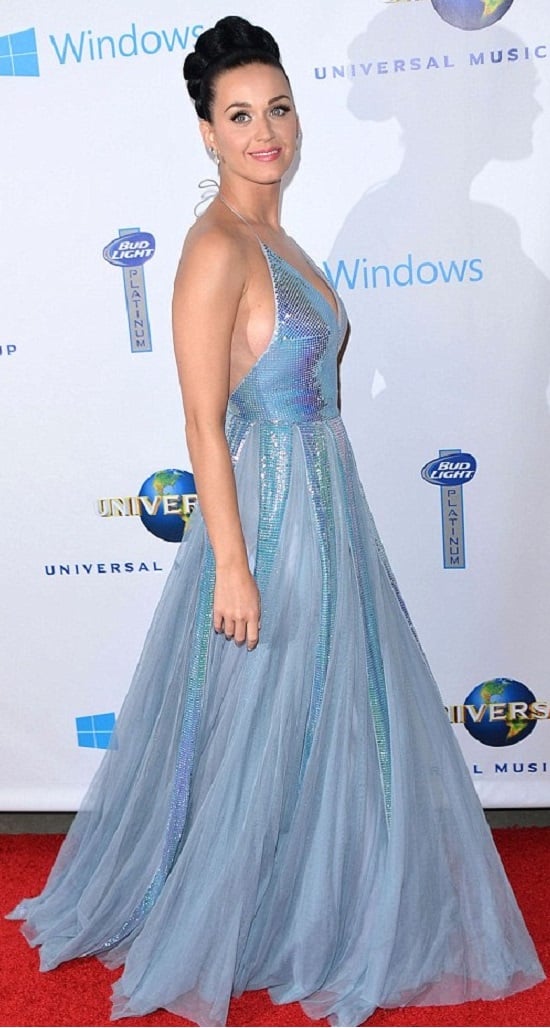 While her Valentino couture was so-so, she definitely wore a bizzare crucifix dress for her performance and later on she showed up in a maroon dress with a random snake design. Later for the party, she wore a blue halter neck long gown in teal. Atleast this one is better than the previous two. Even I came across a website, which claimed this – “Everybody wants the dress that Colbie Caillat is wearing at the #Grammys!” 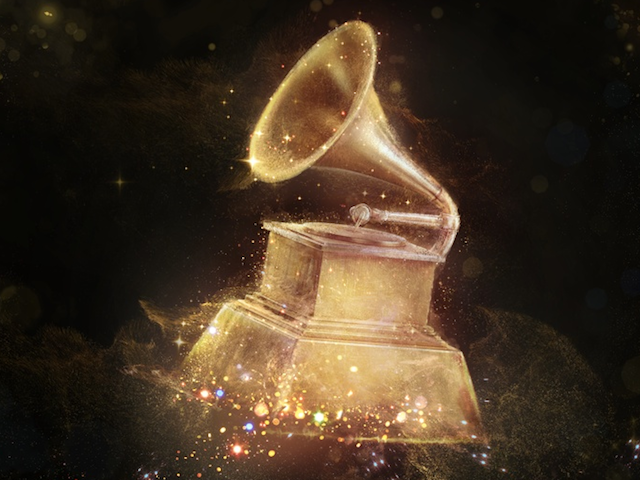 Record of the Year:
Daft Punk, “Get Lucky”

Song of the Year:
Lorde, “Royals”

Best Country Duo/Group Performance:
The Civil Wars, “From This Valley”

Best Blues Album:
Ben Harper With Charlie Musselwhite, Get Up!

Best Folk Album:
Guy Clark, My Favorite Picture of You

Hope you enjoyed this post! Do let us know your favorite best dressed at the Grammy’s 2014 red carpet!

What Is The DIY Body Wrap Recipe? Educate Yourself On This...

How To Wear Fashionable Socks For A Nice Preppy Look

14 Home Remedies To Get Rid Of Summer Cold