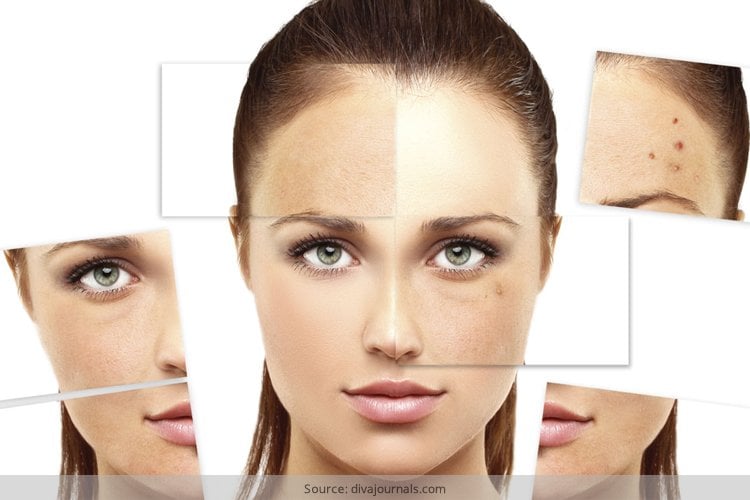 You will hardly come across anyone who has never fought the acne problem. It has been there since the beginning of time, and trust me, even the ancient queens suffered it. And hence with time, there cropped up numerous acne myths surrounding us.

Some of the myths about acne are believed even till today, and we have taken up to us to bust them out.

It came as a good news celebrated around the globe that your diet has nothing to do with acne. “Two landmark but flawed studies conducted in the ’60s and ’70s found that chocolate was not associated with acne,” says Jennifer Burris who is an author and a Ph. D from New York University. The idea became so popular that everyone abided by it and no one visited this research for over 40 years. After the prolonged recess, when the research was questioned, it was discovered and unhealthy diet that consisted of sugar, dairy products, and fats, do have a heavy bearing on acne.

The next acne myth came along as the first one got busted and every finger was pointed at the chocolates. But as Mona Gohara, clinical professor of dermatology, practicing at Yale School of Medicine states, “Essentially any food with a high glycemic index can increase blood cortisol levels and worsen acne” however, she went to add, “The problem isn’t the cocoa itself, it’s the sugar and dairy that’s added”. Hence, you can still have dark chocolate.

Now everyone associates acne with teenage, but that is the greatest myth about acne. But teenage is just about the time when acne shows up. It doesn’t bid you goodbye when you turn 20. Though seen more in women, than men, about 50% of women between the age of 20 to 29, and 35% of them in the bracket of 30 to 39 years suffer from acne.

4. Stay at a Bay From Makeup if You Don’t Want to Break Out

Though make up particles clog your pores, that in turn might lead to break outs, the philosophy that make-up is the reason to have pimples is pure fiction. As long as you remove make up properly and cleanse your skin, make up will not aggravate the problem. In fact, foundation with titanium dioxide, silica, and zinc oxide. Help in reducing acne.

Now let’s get the basics clear here. Most of the acne products are a combination of salicylic acid and benzoyl peroxide. While the former unclogs the pores, the latter kills the bacteria and the job is done. The common myth surrounding the products are the stronger the ointment, the faster the action which is nothing but a hoax. A product with 2.5% benzoyl peroxide is in no way inferior to the one with 10% concentration. On the contrary, the product with higher amount of the chemical could end up being irritable.

[Also Read: Salicylic Acid Face Wash Can Be A Boon For Acne-Prone Skin]

Even a super model like Gigi Hadid swears by toothpaste for zits, but you got to bear in mind, Gigi is no doctor. Apparently the doctors do agree that due to the presence of baking soda, menthol, alcohol, essential oils, essential oils, and hydrogen peroxide, toothpaste can dry out pimples, but that tube is not made for your skin which is way softer that your teeth. Hence, using toothpaste on zits can inversely affect the wellbeing of your skin.

7. Moisturizers Are The Greatest Enemies To Your Acne Prone Skin

Now we all know that oily skin is more prone to acne, but we have misconstrued the entire concept. We discourage the use of moisturizers on our faces, lest we get all pimply. The theory on the other hand is, dry skin produced oils in order to hydrate itself. And that oil is worse than anything imaginable. You would rather use a light moisturizer versus a heavy creame and keep your skin well hydrated.

Yes, we all are guilty of believing and conceding to one or more of these myths at some point in our life. But now that we have got all the acne myths busted and shared some facts about acne, we all can relax a little, wear some make up, relish some dark chocolates, and look at this arch nemesis of our skin in a new light.

6 Reasons Why Heels Can Stir Fashion Stories At Work