Indian Fashion Blog
Home Fashion How To Spot The Fake From The Clan Of Designer Handbags Being... 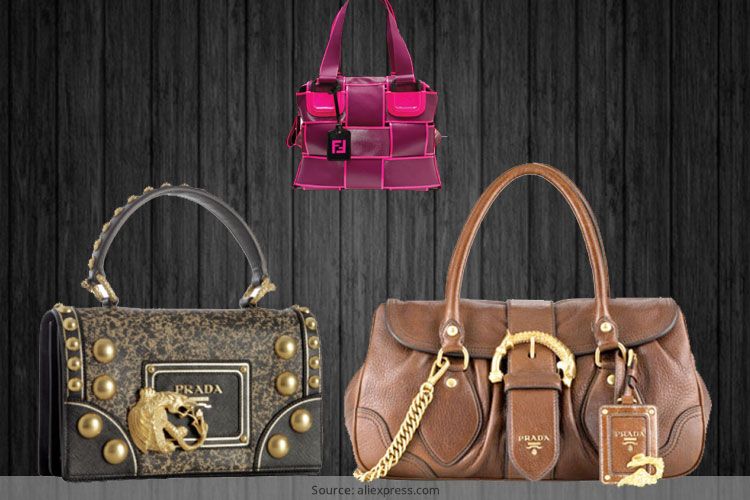 Don’t we just love those designer handbags? Oh yes, we do! And we save up like a fortune to buy them. But in this day of fakes doing the rounds galore, even online, how does a commoner distinguish the real designer handbags from the not so real ones? There’s no telling that the Gucci bag you have in hand right now could be a replica, either bought or gifted by someone, and you have no idea, until someone tells you so.

It can be quite embarrassing then, and this is why you need to know the TRUTH. Here are five ways to decode the fake from the genuine lot of designer handbags being sold out there. Read them all and then decide to diligently pick the designer handbags that call to the fashionistas soul!

[Also Read: 8 Tips For Designer Handbags to Last a Lifetime ]

Check the wrapping! If you find wrapping made from plastic or paper over and around the buckles of the handles of the bags or maybe square tags on the bag dangling away, this bag then is a replica. If the bag was a real branded one from an upmarket boutique, it would not have any wrappings on them.

Instead, genuine designer bags have delicate crème colored tissue or crepe paper as wrapping on them, and not the cardboard brown tissue papers. Most buckles are covered with an adhesive plastic in blue, which can be easily removed sans leaving a stain behind. Obviously never seen when you buy fakes!

Cost and money matters should be taken into account. This would be one of the biggest indicators that tell you if the bag is genuine or not. Yes, there are in store discounts offered on designer bags and purses, but if you find one that is rock bottom, chances are it is a replica or fake. If the price being offered seems too-good-to-be-true, then it is not the true price for the designer bag on the shelf.

Think about it, would a Louis Vuitton go rock bottom for no reason, when the website claims a price ten times?

The stitching on designer bags would be tight and high profiled. Replicas and fake bags would have splotchy and loose stitches coming out at ends or nooks and corners of the bags, and some have missing stitches too. if you look at the interiors of the bags, it would have glue used instead of stitches that demarcate the compartments from one to the next. This is another way to spot fakes from the rest!

Designer logos and the make of the bag are important to check as well. There are signature logos or plates put on most designer bags, which are crisply printed. Fakes are blurred and inaccurate, sometimes with spellings too. not quite noticeable at first glance, but if you check the designer’s name being spelt on this bag, you would notice a difference. For example, Gucci may just be misspelt as Guci!

In the race to have the best of all things luxe and chic, don’t waste your money on replicas or being fooled into buying one. luxury handbags are an investment and they last long. They have a stronger appeal and can make the best of what you wear them with, when you head on to a formal event or do. So don’t make a mistake of picking up fake designer bags, thinking they were genuine products.

For Health Enthusiasts: Take A Look At Kola Nut Side Effect

Is The Wait For The Ring Getting On Your Nerves?