We are never surprised to see Jennifer Lopez or Blake Lively on the best-dressed list of any Hollywood event taking place under the sun. But the evening of People’s Choice Awards had stunners other than the two obvious beauties. Let’s check out the list of Best Dressed at the People’s Choice, and yes, we have included the Lopez and the Lively too.

The queen of curves, J.LO was a goddess walking down the stairs of heaven in her Reem Acra gown. The black full-sleeve number featured a crystal bodice with encrusted chains that had every eyeball glued to it. She kept it modest by wearing a nude bra underneath. The gorgeous mother of two reached for H. Stern jewelry and Brian Atwood heels to complete her look. 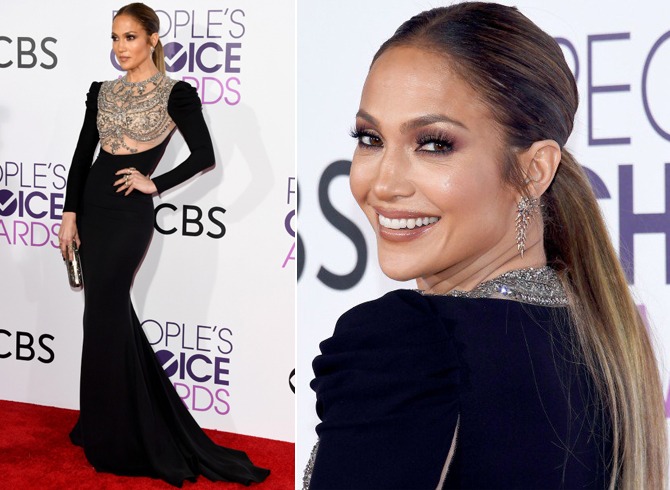 From sexy gowns to bossy pantsuit, the red carpet had it all. We were impressed with Rose’s choice of the orange attire by Veronica Beard that was screaming ‘Orange is the New Black’. To accessorize her look the actress picked a pair of Dana Rebecca Designs earrings and EF Collection rings. 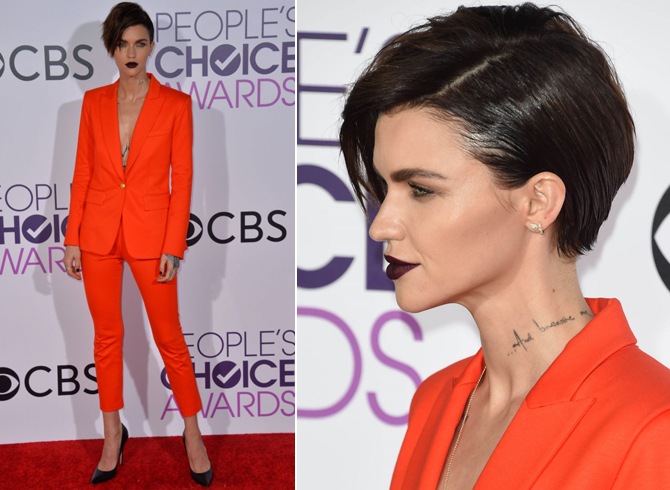 No one minds a little shimmer on the red carpet, especially when it is brought by new mommy to baby no. 2 Blake Lively. The beautiful actress was glowing in motherhood and her fringed Ellie Saab number matched her natural glow perfectly. To add some more bling to the evening she wisely chose Lorraine Schwartz jewels. The ‘Sex and the City’ star truly lead the best-dressed band in her metallic gown. Her bronze midi gown by J Mendel features a corset top and a pair of detached sleeves which was mild on the eyes. And truth be told, who doesn’t like a little tiring and layering of fabric? Certainly a pleasant change after the Golden Globes disaster. The former Nickelodeon star arrived at the red carpet in an all metallic and beaded short dress. Her halter neck ensemble by Yousef Aljasmi certainly got her an A+ in the dress department. Given the beaded dress had enough and more bling, Victoria Justice made a wise decision by not adding any accessories. 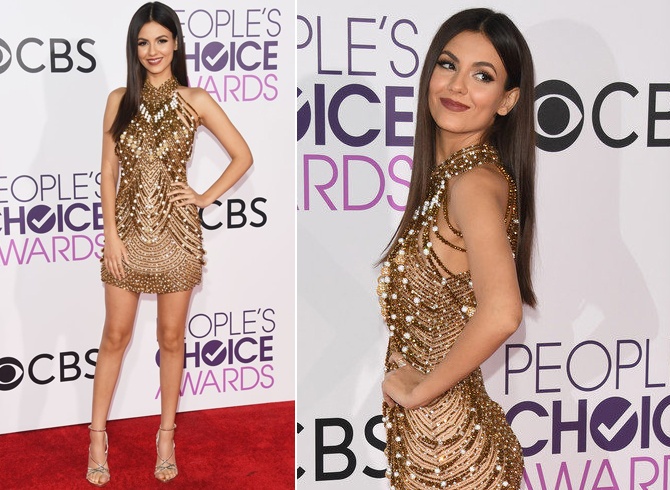 33-year-old actress and an equally gifted blogger, Jamie Chung was seen at the even looking mesmerizing in a bright yellow strapless dress. The crochet ensemble by Martha Medeiross sat perfectly on Jamie’s delicate frame and the high slit drew all the attention. We are also digging her Edie Parker clutch that was the only accessory she settled on for the evening. 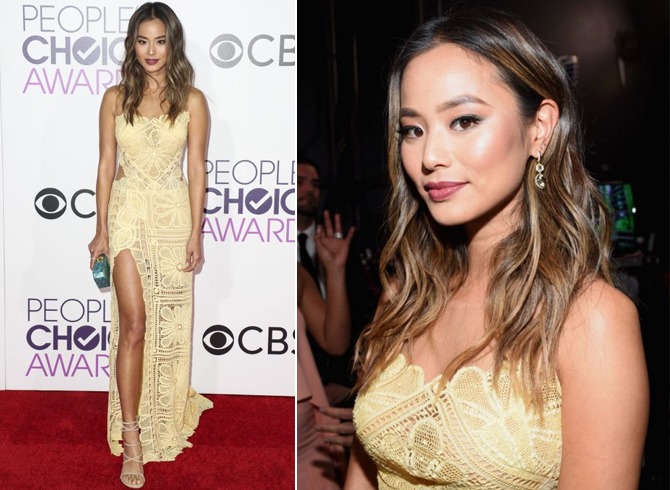 The Baby Daddy star’s fashion risk paid off. While most celebs kept it safe in sparkles, Chelsea tried a little mix and match and we have instantly fallen in love with her black embroidered floor length gown speckled all over with floral patterns. Designer Tony Ward deserves a shout out. It is a truth universally accepted that it is impossible to find one instance of an ill-dressed Priyanka Chopra. For the night or People’s Choice, the winner of Favorite Dramatic TV Actress came to collect her award in a flirty ensemble by Sally La Pointe. The two-piece attire was characterized by fringes that left no room for accessories. So, the Quantico actresses kept it light and wrapped up her look for the evening with a pair of Schutz heels. The 29-year-old actress of The Twilight might not be playing the vampire anymore, but she still remembers the art of sparkling. In her purple gown designed by Jeffery Dodd, the actress was shimmering in a zillion sequins. The midi dress didn’t need much of a bling to complete her look, and rightly Ashley chose not to overdo. The award season for 2017 has just started, people. Stay tuned to stay updated on all that entail glitz and glamor.

Easy Hairstyles For Long Hair – Make These Updos Without Further...

Bollywood Celebrity Fashion While Travelling – Try These Next Time

Beauty Benefits Of Honey: How To Use Honey For Hair and...

Fashionlady - October 6, 2021 0
Celebrate the last day of Navratri with the official color of 2021 declared by Pantone i.e. radiant orchid or purple. As it has become...