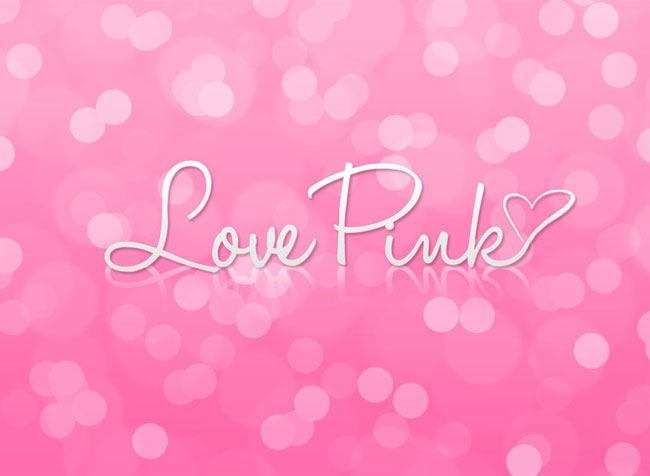 Close your eyes and think Pink – tell me what it looks like. What does it remind you of? What emotions and characteristics can you associate with pink?

I am thinking of babies, dolls, fairy tales and also new love. In most cultures around the world, Pink is a feel good colour almost exclusively dedicated to femininity. Charming, polite, sensitive, tender, sweet and romantic are just a few good words to describe this color. Now, do you need a better reason for why Pink is a girl’s best friend? Well, okay – I’ve got more.

Why Pink is for girls

‘Pink’, the colour borrows its name from the flower ‘Pink’ which is pink in colour. Got it? To understand how and when ‘Pink’ got attached to women, we need to examine its backstory. So here goes…

The word was first used to describe the colour in late 17th century. In most European countries, pink is also called rose or rosa, after the rose flower. Right from the middle ages, pink appeared in women’s fashion, while the men preferred deeper reds like crimson. During the Renaissance, Pink made it’s way up to make-up, coloring faces and hands. However, it came into prominence during the Rococo period, when it ruled fashion in the courts of Europe. Pale blue was often paired up with Pink. In art, it even became a colour of seduction and on the other hand, innocence too. Interestingly, in the 19th century, Pink was a colour for baby boys! In the following century, legendary Italian designer  Elsa Schiaparelli, inspired by the surrealist movement, introduced the ‘Shocking Pink’ in mainstream fashion for women. She also launched a perfume by the same name, that was sold in a bottle shaped like a woman’s bust. In Nazi Germany, concentration camp inmates accused of homosexuality was forced to wear a pink triangle badge – this eventually led to Pink being a symbol of modern gay rights movement.

The ultimate transition of pink into a gender differentiating colour gradually occurred early in the last century. People increasingly started buying pink clothes for girls and blue for boys. This finally became an accepted norm in 1940s. In the 60s, Jacqueline Kennedy popularized pink as a high-fashion colour. Pink coupled with black or violet became a symbol for seduction, especially in popular media like movies. Probably, that’s why pink lipstick is considered highly attractive.

And the rest is history. From Barbie dolls to tea sets and tutus to tiaras, everything that makes a little (and sometime big) girl happy come tinted in the pinkest of pinks.

I am sure, like me, at least some of you might be weary of wearing pink. I can safely say it is one of my least favourite colours. However, I do find myself reaching for that lone pink t-shirt in my closet, now and then. And often, this happens when I am in a very goody good mood. So, probably it is true that pink exudes health, happiness and care.

It’s already clear that pink stands for feminine energy and so, they say Pink conveys compassion and an open heart – two traits anyone would love to own. Studies and polls show that people wearing pink, male or female, appear approachable and loving.

So, the next time you reach for that pastel pink top, don’t hesitate. And if you have a lot of pink in your wardrobe, better – you might be a really happy and caring person. If pale or shocking pink is still not your colour, go for fuschia or blush.

How to wear pink

Now if you are not the Dolores Umbridge (that nasty pink cat nasty from Harry Potter, remember?) type, you wouldn’t want to wear pink head-to-toe. So here’s little help on styling the color to suit your personality.

Stick to one level of pink – either the top or the bottom. Black and pale blue are classic partners for pink. White and grey comes close behind. If you really need to spice it up try purple or blue too. Oh! and pink, you know Gulabi, looks good on Indian skin.

Okay, so you don’t want pink in our wardrobe. What about accessories? Pearls, stones, bows?

And finally, the undeniable beauty in pink make-up and even hair. Pink lipstick is often suggested for pale complexions, but darker pink can suit dusky skin too. Try some hair colouring in pink, if you are up for it. Maybe not the permanent one for now, but how about the cool new Hair Chalking trend?

So, ready to sport pink now? Go on and show off your girly side, because Pink is a girl’s best friend.

Where to Buy Designer Blouse in Hyderabad

Fashionlady - June 8, 2015 0
What’s it like to be a billionaire daughter? It’s a nice feeling obviously, when one has all the riches in the world at one’s...