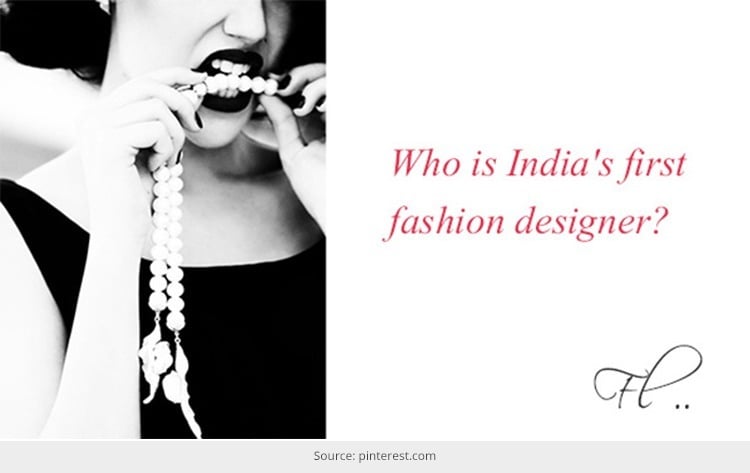 Who is the First Indian Fashion Designer?

This may be quite a debated question. If we pop-up this question before people, who have some basic knowledge in Indian fashion, they would then instantly reply ‘Ritu Kumar’, but who have a flair for Indian fashion would surely take the name of Rohit Khosla, the unsung Indian fashion hero.

Ritu Kumar is undoubtedly India’s first fashion female designer to introduce the ’boutique culture’ in India. She is also one of the first Indian designers to revive Indian textiles.

FashionLady, the Indian fashion blog presents to you an exclusive post on Rohit Khosla. Read on.

Born in November 1958 to an affluent family, Rohit had always dreamed of becoming a fashion pioneer. During those days, it was rare for an Indian business family to support something frivolous like fashion.

However, his family had supported him to the hilt. Although he managed to live his dream, but he was short-lived,as he died at the very young age of 36. In his short span of life, Khosla had spearheaded the birth of the Indian Fashion Industry in real form.

He is a Doon school alumni and had also gone to UK for higher studies. In those days, it was actually a brave step to enter fashion, especially when you had such a high profile qualification. Rohit Khosla is the first Indian fashion designer to launch a haute couture.

It is believed that in the Indian fashion fraternity, Khosla is considered to be the first desiger to initiate the standard of styling and fashion that we see today in the industry. Khosla’s designs bore an explicitly Indian sensibility. The designer believed that clothes were a complement to one’s inner being.

“I love fabric. I love the human form in totality, and I love mixing them together”.

Models were rather asked to take straight cat walks on and off the ramp. Rohit was undoubtedly a complete perfectionist. As per this visionary designer, “The focus should be only on the clothes, not on the model. If we don’t start focusing only on fashion in shows, we will get nowhere.”

When Rohit died, Indian fashion lost a mentor. one of the former models, while remembering Rohit said,

“I remember Gudda, who used to hang around with Rohit and considered him his mentor and drew strength and inspiration from him, would cry unabashedly at his loss.”

After his tragic demise, his mantle is believed to have been inherited by two Delhi boys, who’re similar in persona to Rohit: Rohit Bal, who inherited his title of enfant terrible and Suneet Varma his cutting edge charm and drive.

Fun and Cool Ways to Hide Your Double Chin

Here Are 5 Amazing Face Packs For Summer That Work To...

These 10 Best Shampoos For Frizzy Hair Cares a Lot