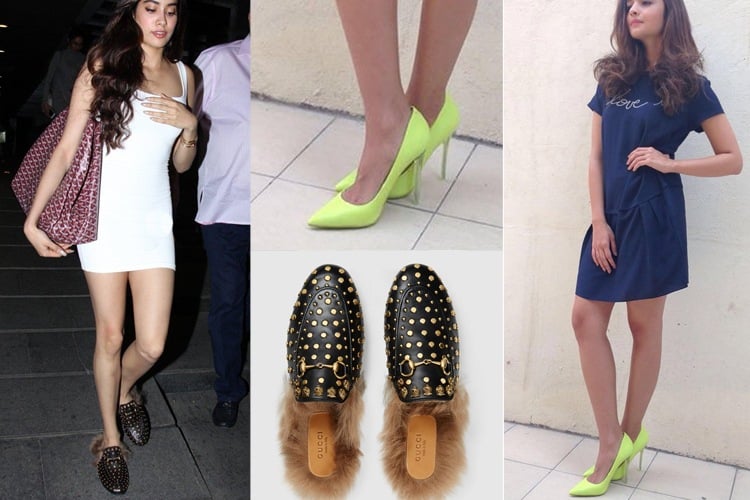 “To wear dreams on one’s feet is to begin to give a reality to one’s dreams”, said footwear couturier Roger Vivier.

In our fairy tale lives, we all play Cinderella, but only the ones with good shoes get the prince.

On point shoe game is a specialty of most of our leading ladies from B-town and they are definitely head over heels with their “Heels”.
With almost every actress owning a closet with designer foot-wears, we can only assume their shoe love.

Trainers were the unabashed showstoppers of the year. With celebrities pairing chic trainers with almost every outfit, sneakers took street style to all new highs.

Peeps in pastels and designer pieces from master couturiers kept making a comeback in the celebrity style files all through the year. Knee-High Boots took over the fall completely.

With the year coming to an end, let’s take a quick recap of all that adorned the feet of our tinsel town beauties and swept us away.

Yes, you heard it right. The woman ditched her silks and we are loving this all neutral look the timeless actress carried of. The whole fall look heightened with that pair of gold Nike sneakers. 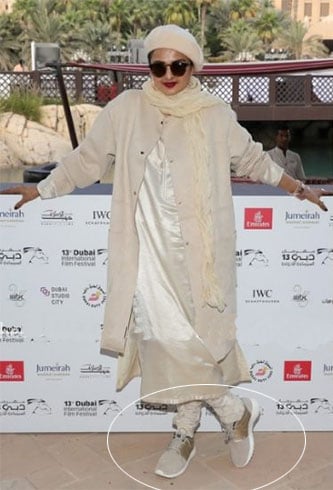 Sonam gave us all the inspiration to flaunt our trainers, wearing a pair of Cole Haan burgundy sneakers at the brand’s launch party with her Birdwalk skirt and Pero coat. Alia resorted to complete comfort for her travel diaries, wearing Adidas separates with a pair of Saint Laurent trainers. 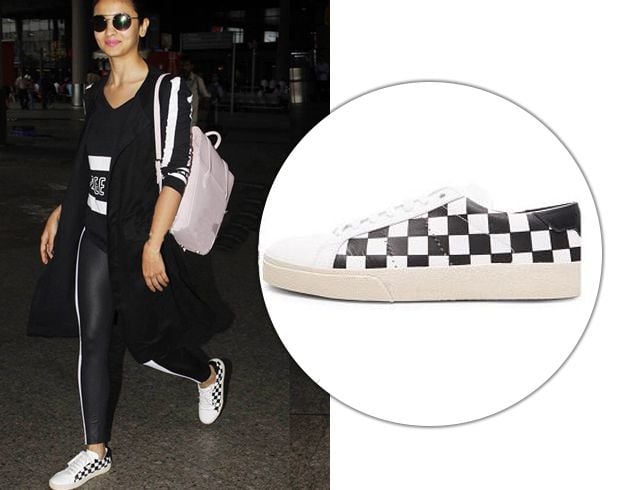 The street style queen often turned to a pair of quirky slip on sneakers to accelerate her juvenile vibe. Our favourite was her shimmer version.

While promoting Kapoor and Sons we spotted this pair of shimmer and shine that read Love Life complimenting her H&M grays. Wearing the same pair at the Coldplay concert this year, the lady added more shine to her metallic midi. 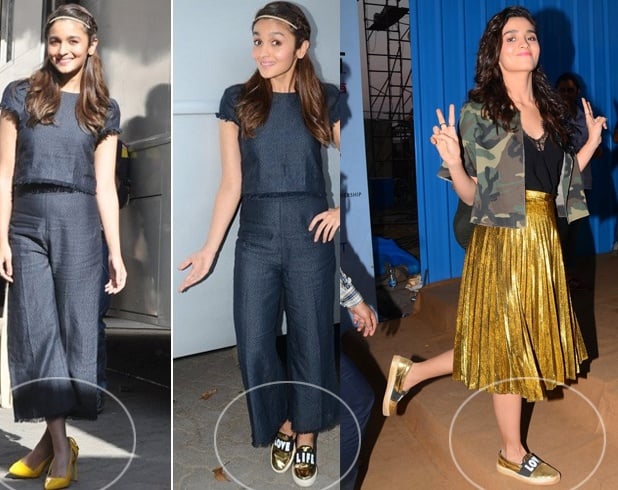 This fall Deepika mastered the knee-high boots fashion, giving us back to back power packed appearances on her MTV Ema Awards trip.Heart that pair from Giuseppe Zanotti. Styling credits to Shaleena Nathani Jacqueline totally elevated her all black look with a pair of luscious red knee high boots from Isabel Marant. Indeed a perfect accompanist for her rockstar Balmain jacket. At the most recent SKII event, Priyanka rocked a pair of beige knee-high boots complimenting that high slit, with much panache. 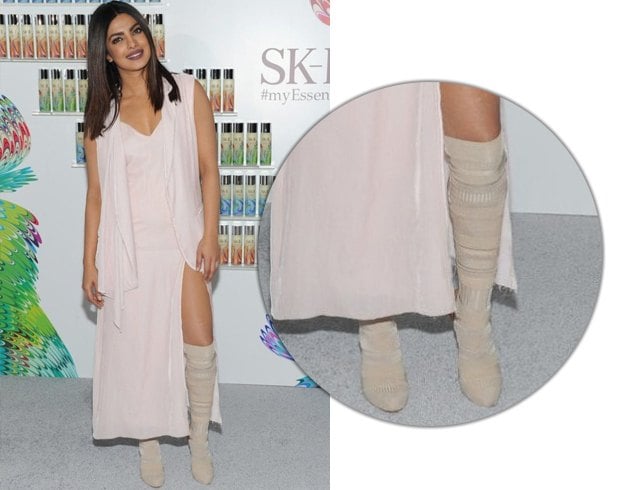 Parineeti gave us our Coachella moment in a shirt dress and military green knee high boots. 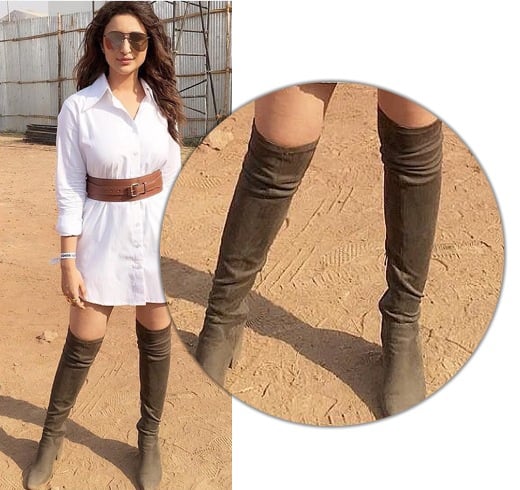 At a Suzuki event earlier this year in Goa, Parineeti spruced up her monochrome vibe with a pop of fluorescent peeps.

Alia was also spotted amping up her blue t-shirt dress with a pair of bright peeps in fluorescent color. 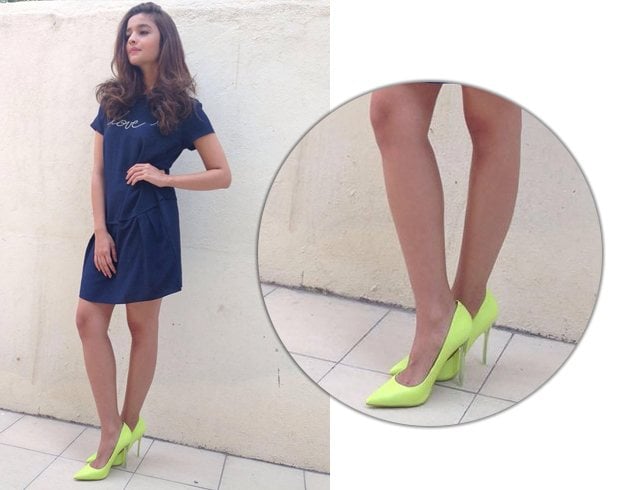 With this year dedicated to whites, stylist Amy Patel added some color to Alia’s all white elegance with a pair of blush pink peeps. 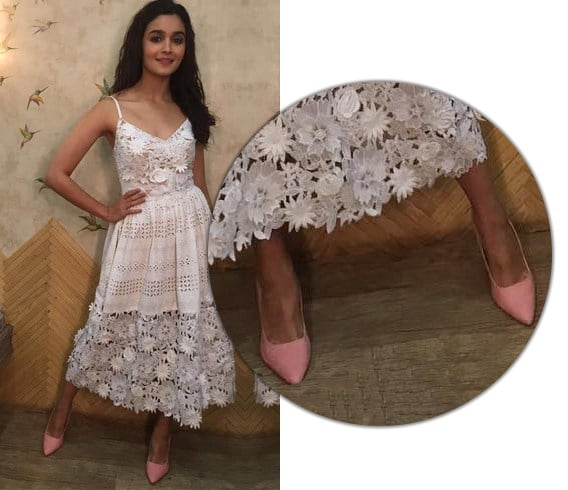 Amy Patel added the finishing touches to Kangana’s dolled up look with just the right pair of blush peeps flaunting a pretty bow. 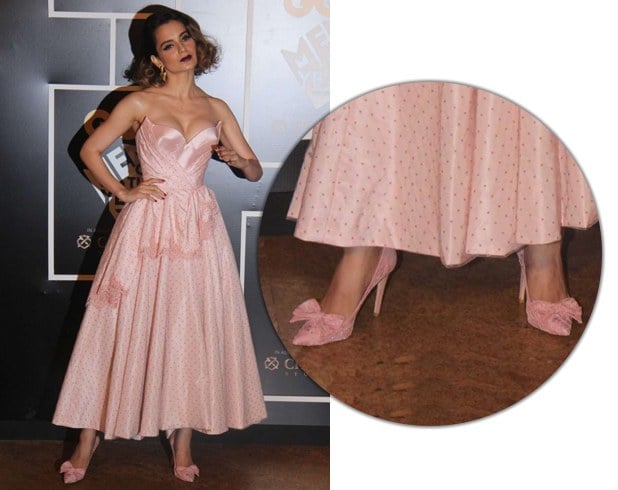 This exotic Indian beauty amped up her style game at the Voices 2016 event, donning a pair of suede mustard peeps from Rupert Sanderson’s SS17 collection. As much as we love the
Atsu Sekhose dress, the sandals stole the show in this one. Styling credits to Tanya Ghavri. 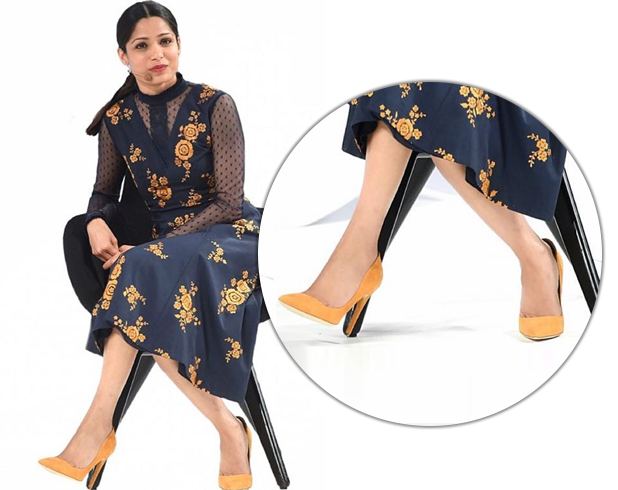 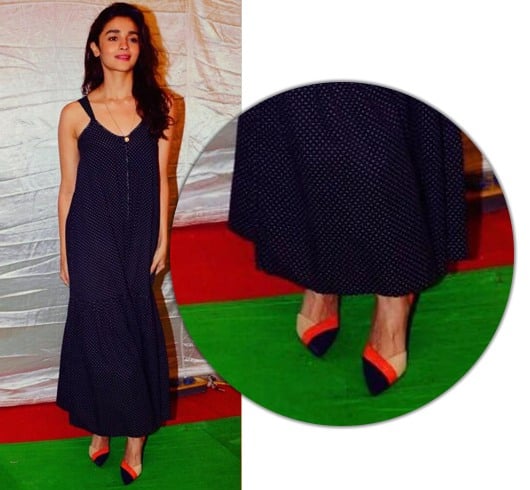 At the Jimmy Choo eyewear launch, marking its 20 years in India, Kalki paid tribute to the legendary brand wearing statement eyewear and sandals from Jimmy Choo. The multi-color sandals added all the stars to her Nishka Lulla outfit. Kareena’s Ki and Ka promotional wardrobe featured a beautiful pair of Fendi pumps. Ensuring the due spotlight on her footwear the woman rightly opted to sport it with a basic white pussy bow blouse from Neha Taneja and a pair of denim. Sonam gave her ethnic look a sharp twist by pairing the six yard of handloom weaves from Anavila Misra with a pair of black brogues. Indeed a remarkable one there by the agent of futuristic fashion in India. Sushmita has found some new shoe love in her black and red Gianvito Rossi heels. Spicy and suave. The begum put her most sophisticated fashion foot forward in a pair of neutral heels from Gianvito Rossi which were in perfect compliance with her Ki and Ka promotional look from Temperley London. 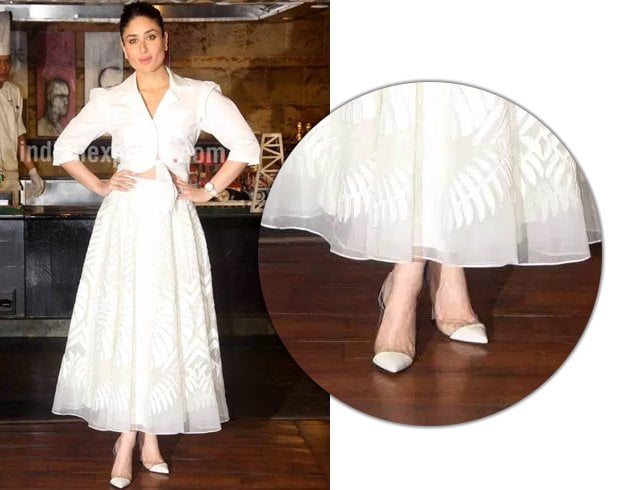 Alia went completely off beat, pairing a cheery yellow Prabal Gurung dress with a pair of fringed heels from Aquazzura. Love that yellow and blue look the diva sported on Comedy Nights as part of her promotional run for Kapoor and Sons. 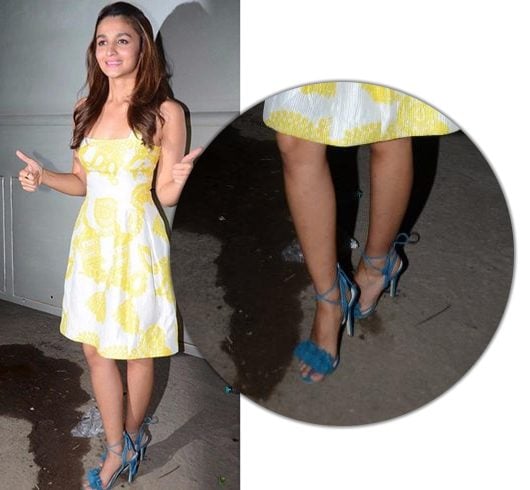 Jacqueline sport a pair of sky-high pumps from Louboutin, during her Dishoom promotional event. The dash of color pumped up her biker chic appearance. This pair of furry slip on’s, Funty Puma by Rihanna, has been one of Jacqueline’s favourite pairs this year. We don’t blame the girl for being spotted numerous times wearing the same pair, after all nothing beats chic comfort. We too are lusting over this one. So fall and so comfy! This next-gen fashionista has a fashion mind of her own. We were totally slayed by her studded Gucci mules. A pair of attention seekers for sure. 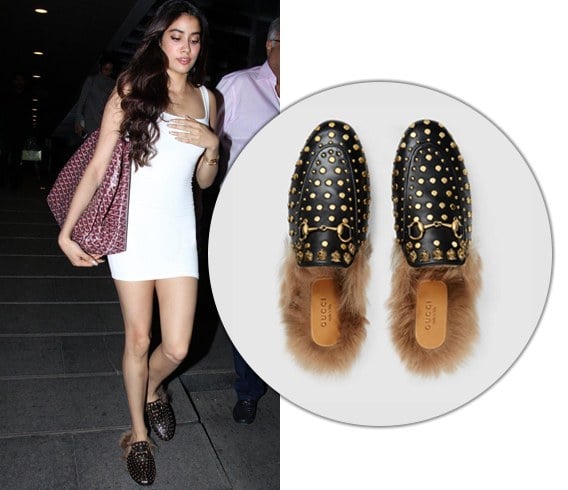 While leaving the city for a family vacation, Aishwarya gave us some major footwear goals with her pair from Dior. Heart that tie up look. A pair of goodness on your feet can take you places, girl. So we suggest you start working on your collection right away.

How To Remove Banish Blackheads Around Lips

The Color Mint is The New IN Thing Right Now