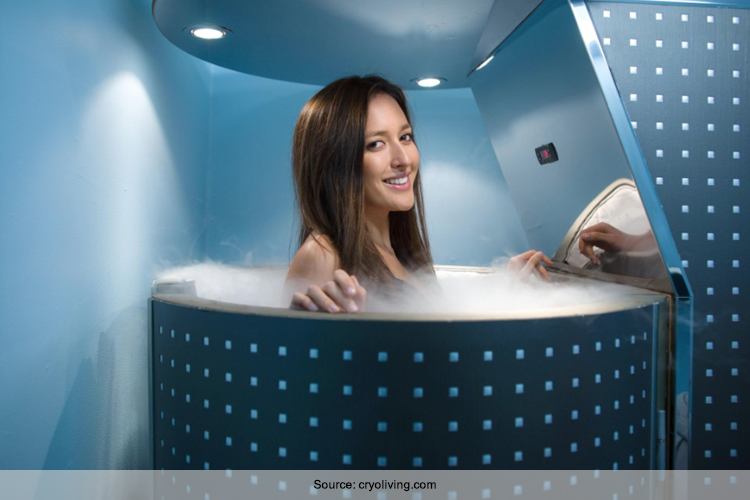 Losing weight is the topmost priority of so many of us these days. There are natural ways (read Ayurveda and Yoga) and artificial means for it. While the first option takes its time to show results, the second option – say pills, are harmful.

Do not prefer these two?

There is an alternative yet safe therapy – the ‘cold therapy’ called whole body cryotherapy weight loss which has shown highly promising results.

Won’t you like to know the benefits of cryotherapy weight loss before you decide to go for it?

What is the meaning of the word “Cryotherapy”?

It means “chilling out”.

Cryotherapy is a 3-minute (just!) treatment. And what happens in it? It involves standing in a deep-freeze chamber cooled with liquid nitrogen, while temperature is brought down to as low as -256 degrees Fahrenheit.

Yeah, it is a bone-chilling procedure which claims to burn up to 800 calories! I hope this answers your primary question does cryotherapy burn calories.

WOW! So many cryotherapy benefits rolled into one chilling procedure!!

‘Cryofitness’ is the better word for it, what say?

Who Has Experienced Cryotherapy

Cryotherapy has many followers. Loyal followers, I mean. And who are they? Professional athletes like footballer Cristiano Ronaldo, basketball player Kobe Bryant, and the entire Dallas Mavericks basketball team who give credit to cryotherapy for giving them an edge over other players, improving their recovery time, and increasing their athletic performance.

You think only the sports people have gone in for cryotherapy benefits?

Nah, celebs have also availed this revolutionary way to get anti-ageing benefits. Patrons include Demi Moore, Jessica Alba, Jennifer Aniston, and Mandy Moore who have shared their experience by saying they are “obsessed” with the cold cure.

The Medical Side Of Cryotherapy

Is cryotherapy just a fashion fad or does it have anything to do with the health goals too?

However, this doesn’t mean that for every injury, cryotherapy is the be-all and go-to solution. Try out the innovative things but only under medical supervision.

Here are the cryotherapy benefits rounded up for you–

Cryotherapy Pricing And Other Factors

The correct picture is that whole body cryotherapy weight loss chambers are popping up abroad – where the 2 – 4 minute sessions range from $64 to $90 a session.

The person going through cryptherapy is given the following apparatus to wear:

P.S: While additional clothing is optional for women, men must wear cotton underwear. Also, expect body shivering to happen at the time of cryotherapy session. So do not be surprised at the chill factor. Thankfully, the room remains unlocked – just in case you feel that you can’t take the cold.

Also, cryotherapy is not recommended for pregnant women or those down with serious health issues.

In case you are not prepared to go for a full cryotherapy session, there is also the option of partial cryotherapy treatments.

How different is partial cryotherapy, you ask?

In the Partial Cryotherapy, localized beauty treatments are used over a specific part of the body, like the face or thighs. Naturally, its pricing will vary from whole body cryotherapy weight loss.

I hope you liked this novel concept of cryotherapy weight loss. Have you ever gone through it or plan to after reading about this? Do share your views and comments on cryotherapy and weight loss and cryotherapy benefits as mentioned above.

10 Household Chores That Burn Calories And Help In Weight Loss

Wake Up To The Fashion Walk Of The Weekend

Tips On How To Clean Mascara Smudges

Lovely Ladies Of The B-Town Light Up Dubai TOIFA’16

Fashionlady - June 5, 2021 1
If weight loss is on your mind, then two things must be topping your list - either going to the gym or drinking lemon...