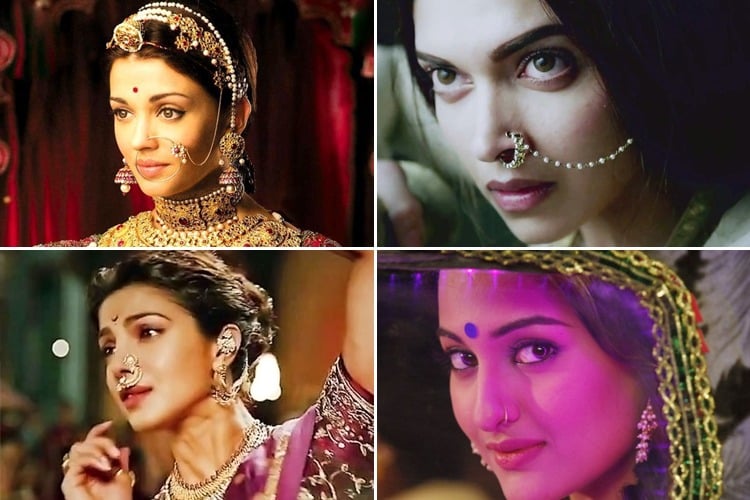 Fashion is full of accessories. If there is a handbag, there is footwear too to complement the attire. And nose ring is one such fashion fad that Indian women have been wearing it for years together, both on-screen and off-screen.

Why leave Bollywood beauties who have worn it in many movies and will continue to do so. Vidya Balan and Sonam Kapoor wore Bollywood nose ring at Cannes, and that brought about their Indian-ness in the costumes they wore. 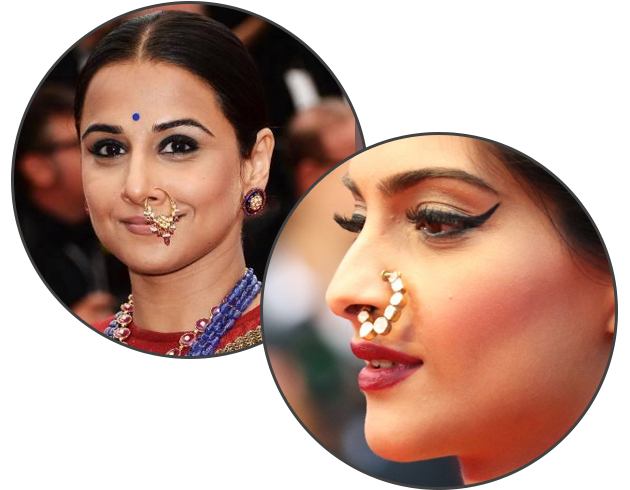 Nose rings come in various styles, designs and patterns. Plus they differ from state to state. Considered to be a seductive ornament worn by a bride, the nose ring has become an integral part of an Indian bride’s attire.

Here are the chosen few celebrities with nose ring who have virtually made ‘Nathni’ (as it is called in Hindi) into a fashion icon.

When you watched Dabangg 2 what attracted you the most? The song of a sensation Fevicol Se, Sonakshi’s saree, her braided hair, mangalsutra, sindoor or Bollywood actress with nose ring which completed her image of an Indian woman? 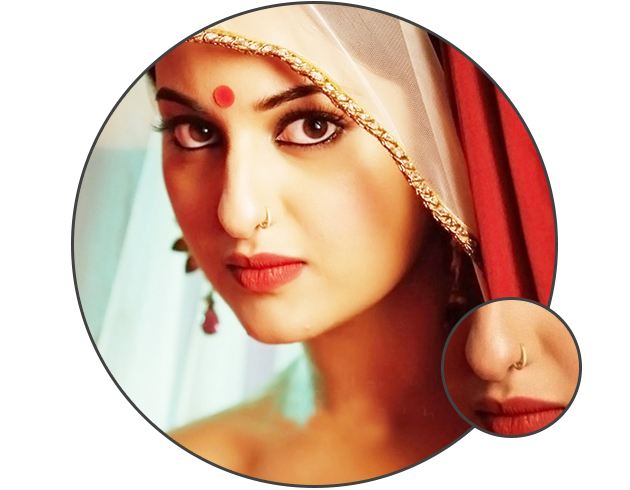 She is one ‘Mastani’ who gave an entire new definition to the concept of ‘nathni’ in the film ‘Bajirao Mastani’. So much so that this Bollywood actress with nose ring completed the story in every way. 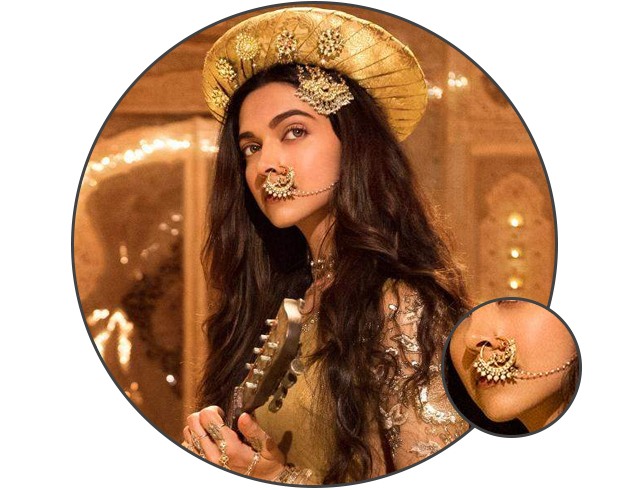 Veer Zaara was yet another iconic Yash Raj movie. All the actors from our handsome hunk SRK to the female co-stars Kirron Kher and Divya Dutta excelled in the roles sketched out for them. But the one who touched the heart’s strings most is anybody’s guess. Yes, the chirpy and beautiful Preity Zinta impressed more as Bollywood actress with nose ring and her dimpled smile intact. 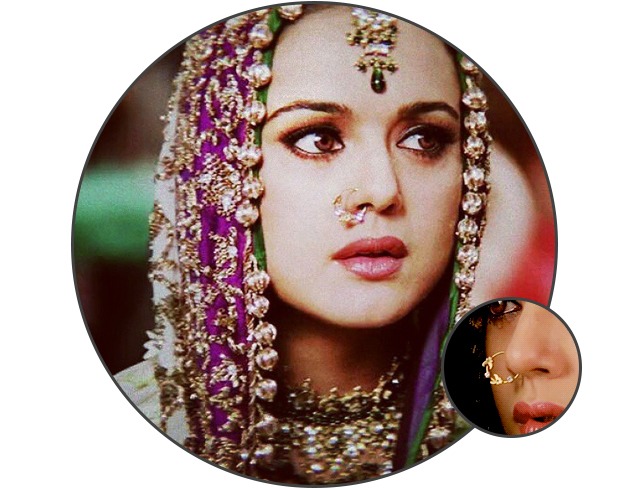 Begum Bebo is currently in the news for all the right reasons – her style personified pregnant walk, talk and ramp walk. What made her steal the limelight in her before- pregnancy days when she starred in the film ‘Agent Vinod’ was the stud she wore in her nose instead of a hoop. Mind you, this Bollywood nose ring of hers added that extra oomph to that pretty pink sharara she wore in the song ‘Dil Mera Muft Ka’! 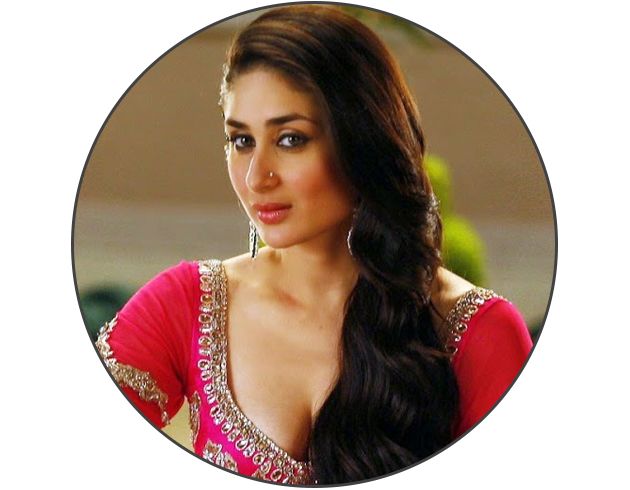 Yet another bollywood nose ring that Kareena sported was in the film ‘Ra One’ in which her Chammak Challo hip gyrating song rocked the nation. 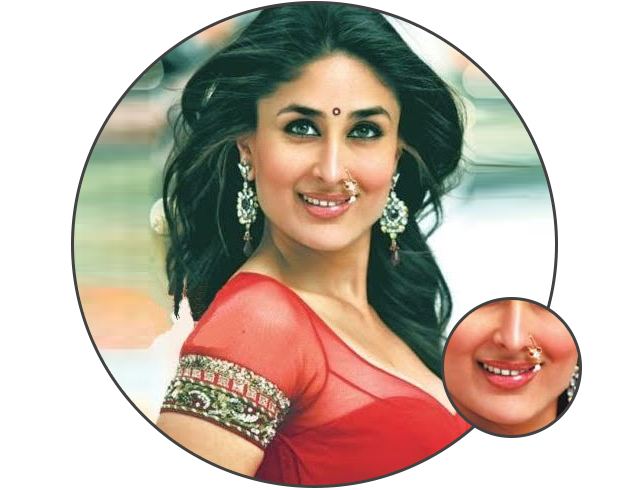 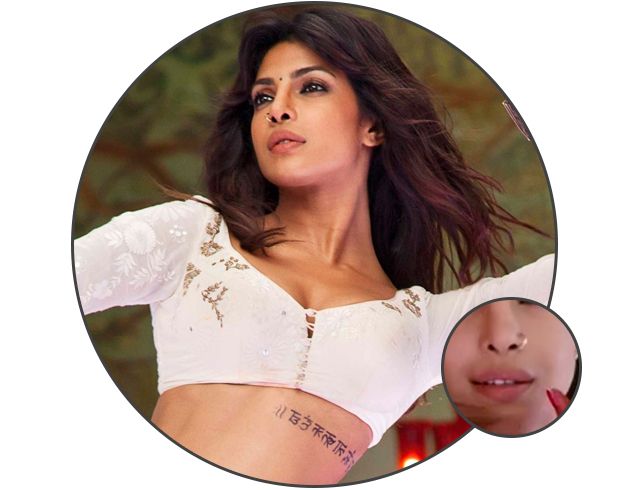 The Maharashtrian Nath that Pee Cee wore in the award-winning film ‘Bajirao Mastani’ will always remain etched in our memory. 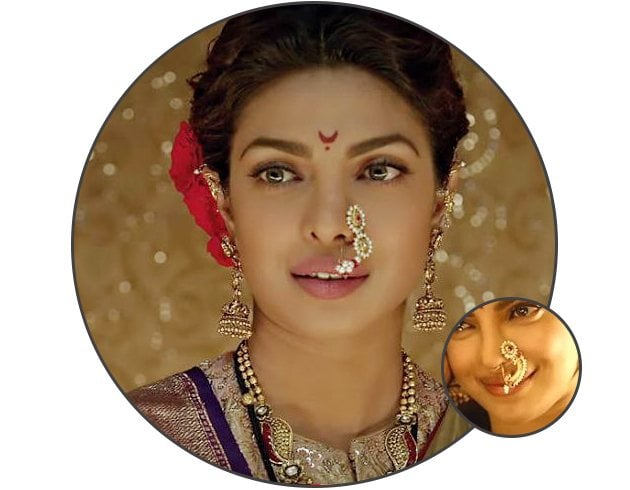 Aishwarya’s large nathni in the film ‘Jodha Akbar’ was truly speaking royalty personified. In fact, a large golden nath with a small kundan design at the end looks ravishing too. The chain attached to the nose ring can be plain or in decorated form. 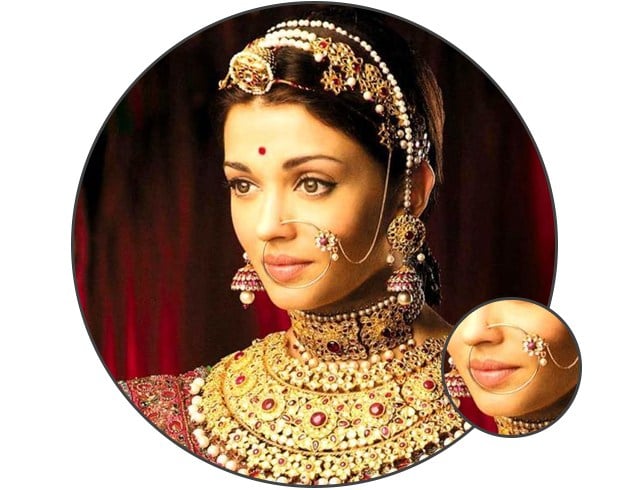 Mads is God’s most beautiful creation and so is her Bollywood nose jewelry which she has worn in films such as Devdas, Sailaab etc. Remember her song ‘Humko Aajkal Hai Intezaar..’ in Sailaab which completed her Maharashtrian look. 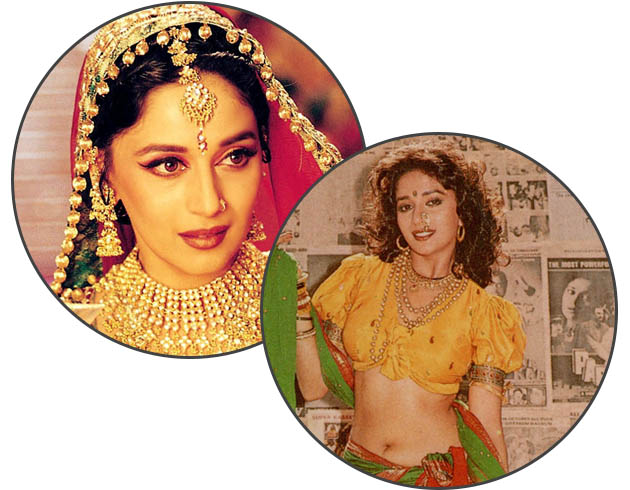 Does Bollywood actress with nose ring raise an urge in you to get your nose pierced if it hasn’t been already? Share with us your thoughts and comments as to which Bollywood nose ring made you fell in love with this fashion accessory (besides the heroine wearing it).

Why does your Jewellery leave black and green marks on the...

Fashionlady - June 23, 2015 0
Buying jewellery is the pet passion of most women. But it’s an ugly sight watching gold or silver jewellery items leaving behind nasty marks...