Indian Fashion Blog
Home Celebrity The First Daughter Of US Can Actually Give The First Lady A... 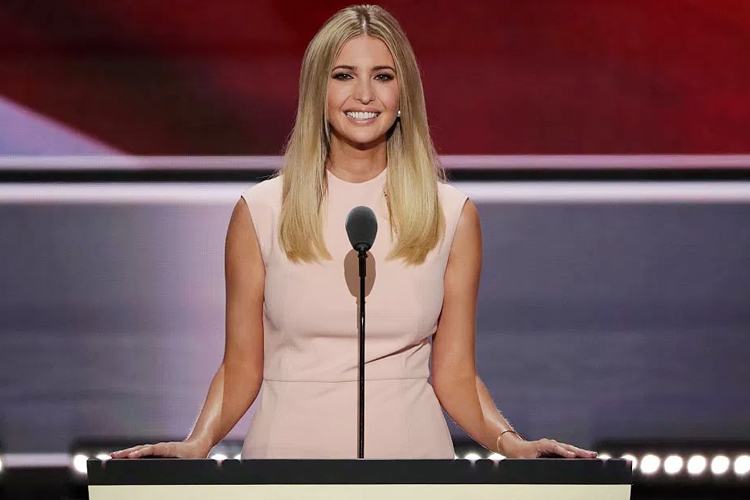 Apart from being Donald Trump’s daughter, she is a writer and a business woman in her own rights; her achievements have hence kept her in the lime light from a longtime. To dress all proper was a sense she was born with. Though Ivanka Trump, soon to be the First Daughter of the US was always a style statement maker, the election season has seen her taking her fashion game up by a notch or two, giving step-mom Melania Trump a good run for her money. We chronicle here Ivanka Trump’s best fashion moments, in no particular order of genius.

[Also Read: Knowing More Of Melania Trump Is Going To Be Interesting]

The Trumps were on the guest list of all high profile events, and though Hollywood had decided to stand against the elect President during the 2016 elections, there was a time, not very long ago when the red carpets of Hollywood found it honorable to host the family. In one such event, Ivanka Trump graced the red carpet looking like a porcelain doll. The royal blue gown by Prabal Gurung sat on her transforming her into a real life princess at the premier of “China: Through the Looking Glass” met gala event held in New York in 2015. We couldn’t help but fall in love with the long trail on the dress in a contrasting white. 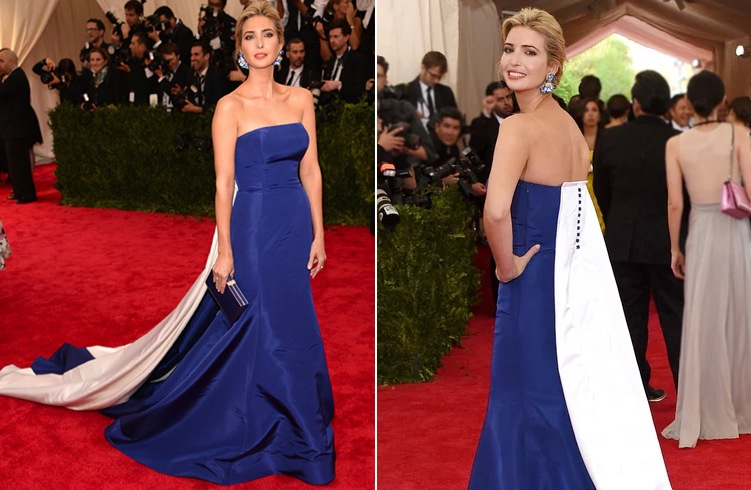 That was not the only time Ivanka rocked the red carpet of a highly glamorous night. The occurrences are bountiful. 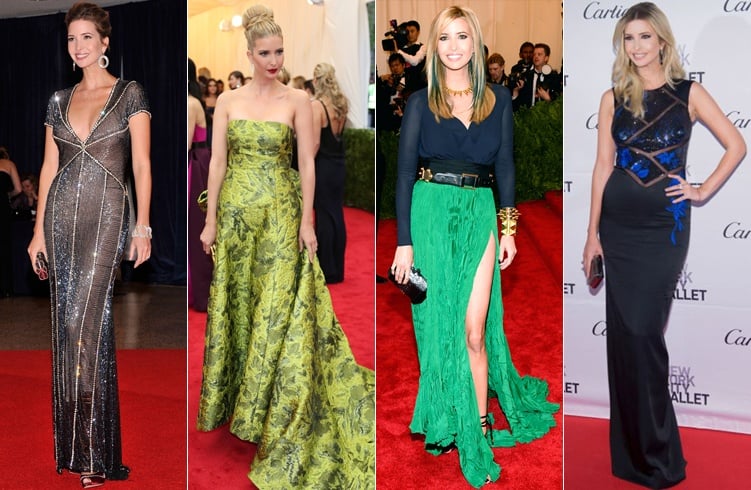 The annual American Museum of Natural History Museum Dance of 2013 had seen her cut a slim figure in a shimmering Roberto Cavalli – would you tell she already has a bun baking in the oven? The halter neck gown exposed just the right amount of cleavage leaving much of it to imagination. To complement a dress encrusted with jewels she carried a clutch to match.

[Also Read: Melania Trump Has A Style Statement Like None Other] 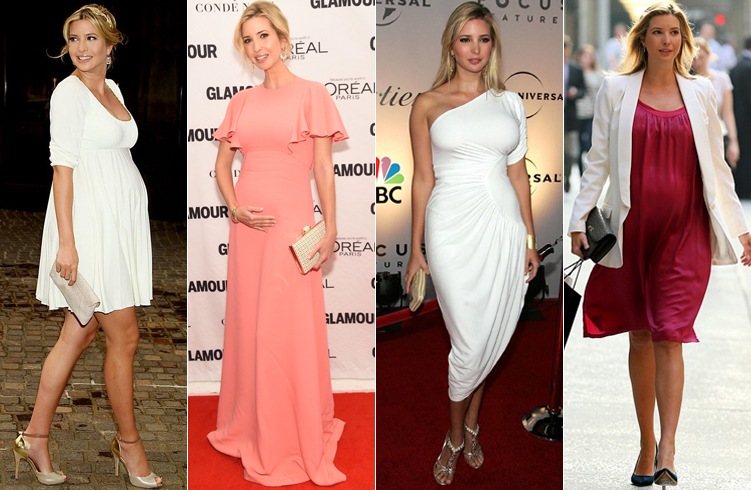 The daughter of a business mogul has walked several runways for designers like Versace and Tommy Hilfiger. But in heart of hearts she is a regular girl with a love for florals. At 33 years old, Ivanka took New York by storm by showing up in the most adorable floral dress one might have ever seen. The 3-D flowers in pink sowed in a fabric of navy brought the pretty out of Ivanka’s personality. 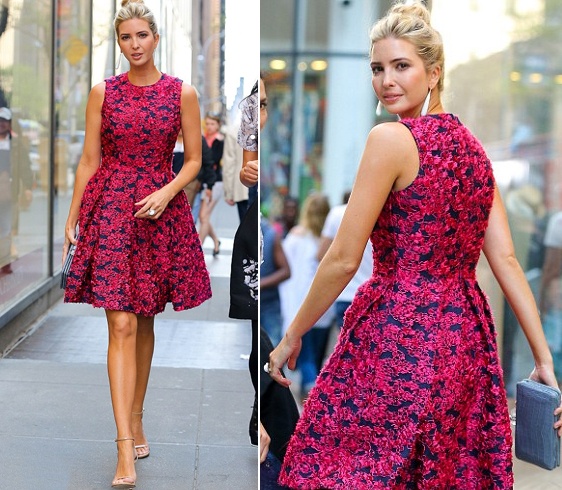 But this was not the first time Ivanka had displayed her love for florals. Here are the many other occasions when the flowers sat on her well sculpted silhouette. 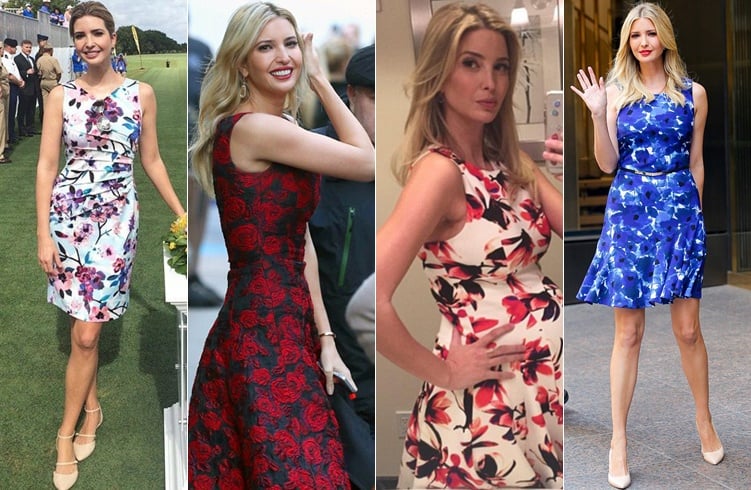 Not only is she the daughter to the world’s most powerful man, Ivanka is also a very successful business woman. Her business mind is as sharp as the fashionista in her. And when the two merge they create magic. We have fished a few of her corporate looks from the ocean called internet and I wouldn’t be exaggerating if I say each of these pieces are to kill and die for. 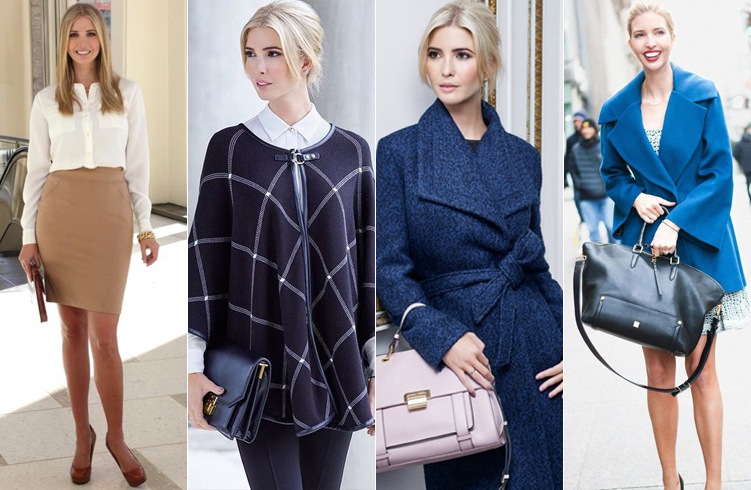 Though daddy Trump has won the Presidency, the Trump family is far from being accepted by an average American as his First Family. Ivanka, along with the others in her clan will have to give in her best to plant confidence in American hearts, and we are quite sure she would certainly do that with her pleasant personality, warm smile and triumphant style sense that rounds her up as a victor.

Saffron For Skin Glow: How Will Saffron Help A Would-Be Bride?

10 Best Shampoos For Dry Hair In India That Offers Major...

Indian Wedding Sarees – The Treasure Trove For Every Bride

The Answers To The Advantages And Disadvantages Of Early Marriage