Ask any female her biggest pain area; it would undoubtedly be acne! No matter what your age is, you just cannot seem to get rid of it! Thus, one is never disinterested in learning an effective cure for it. Of late, if there is one buzz that is creating waves in the beauty circle, then it is jojoba oil for acne! Surprised? You have always been told that oil is the root cause of acne and now an oil is being recommended as its cure! Let’slearn how does jojoba oil help in acne treatment!

[ Also Read: Use Jojoba Oil For Hair And See Changes In Its Volume, Length And Shine ]

What Is Jojoba Oil?

Do you know that jojoba oil is not actually an oil? In reality, it is a liquid wax extracted from the nuts of a desert tree – jojoba which is scientifically known as Simmondsiachinensis. Over half of the seed weight is due to its oil content. What makes it attractive is the fact that this jojoba oil is the closest oil found in nature that matches the oil produced by our skin! Moreover, despite being an oil, it is one of the lowest comedogenic oil i.e. it does not clog pores! 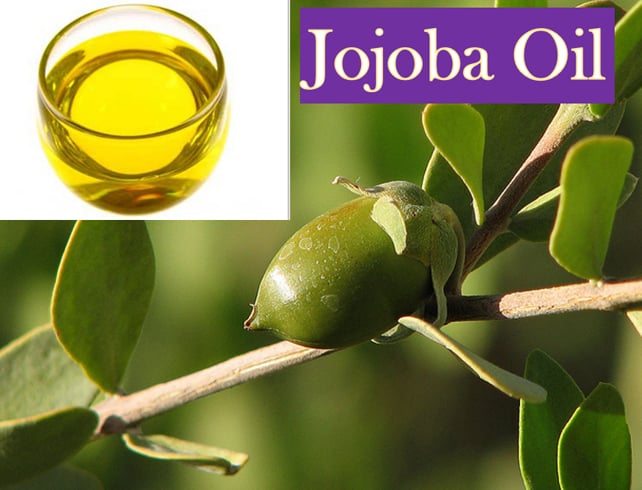 Jojoba oil differs from all other oils due to its extremely close resemblance to sebum, the wax produced by our skin! Many state its monounsaturated esters resemble the sebum esters so closely that even your skin is deceived into thinking that it has produced enough sebum. Being absolutely non-greasy, a few drops of it are enough to moisturize and soften your skin almost like that of a baby! It is an extremely good replacement for animal fats in all your skin creams and lotions. As it is completely safe, non-toxic and non-allergenic in nature, jojoba oil for skin is recommended by almost all skin experts and even dermatologists! 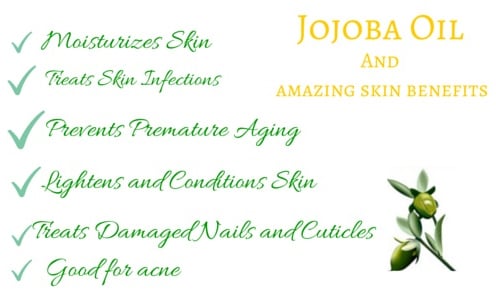 There are various other properties that make use of jojoba oil for faceideal. It has plenty of compounds which have terrific antioxidants properties and thus protect the skin against the free radicals and harmful UV rays. It is great for sensitive and inflammatory skin. We have already discussed how it regulates the sebum production. Being wax like, it is easily absorbed into the skin and leaves a smooth moisturized glow sans any grease! A rich source of vitamin E, it nourishes your skin miraculously while blocking the production of enzymes that break the skin’s collagen. Above all, its high antibacterial properties make jojoba oil for acne treatment an ideal solution!

Now we will come to our topic of jojoba oil for acne scars and acne treatment! First let us understand how acne breakouts and scar actually happen! Numerous micro sebaceous glands on your skin secrete the oil substance- sebum to lubricate the skin and block off water dehydration. Various factors like harsh chemicals of skin care products, hormonal changes, stress, improper diet, exposure to sun, etc., can trigger over production of sebum which can easily mix with the dead skin, dirt and even bacteria to clog pores and hair follicles. From here arise the various comedones like blackheads, whiteheads, pimples, cysts, etc. These react further with the skin bacteria especially Propionibacterium acnes and even fungus like Pityrosporum folliculitis which ultimately leads to acne and fungal infection. These tend to take very long to heal and when messed with, leave some serious scars on the skin! 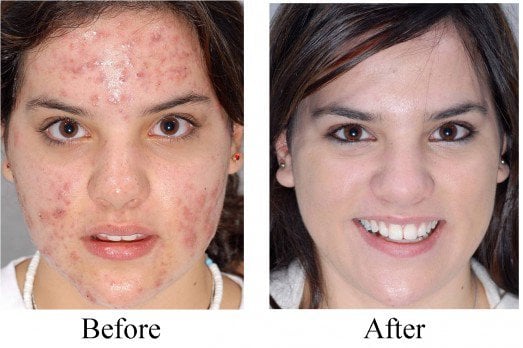 Again, jojoba oil has deep cleansing properties. Due to its anti-bacterial and anti-inflammatory properties, it kills all bacteria and free radicals in the skin and even clears clogged pores by pushing out all pus, sebum, dead skin, etc. Thus, do not be surprised if you see an increased popping of comedones when you first start using jojoba oil! It effectivity against the acne forming bacterial is vouched even by dermatologists! Finally, its soothing effect on the skin reduces all inflammation, itchiness and even redness caused by acne to leave it soft and supple! Regular use even fades out all scar and any other marks on skin to leave it blemish free, thanks to its vitamin E content!

How To Use Jojoba Oil For Face

If used wrongly or in excess, jojoba oil can prove harmful to your skin! Often it is used bycombining it with tea tree oil or aloe vera gel. About five drops of tea tree oil is added to a teaspoon of jojoba oil. This can be applied only on the acne and blemished area two to three times a day! Mixing jojoba oil and aloe vera gel in equal proportions and using them with warm water can be the best moisturizer you use to pamper your skin! Are you ordering your bottle of organic cold pressed jojoba oil? Did it work the way we promised? Do share your experiences.
Images Source: pinterest

Arpita Khan’s series of costumes during her wedding festivities

10 Chic And Sexy Low Cut Dresses To Up The Hotness...

Heroes Of Zero Film, Anushka And Katrina Spice Up The Promotions