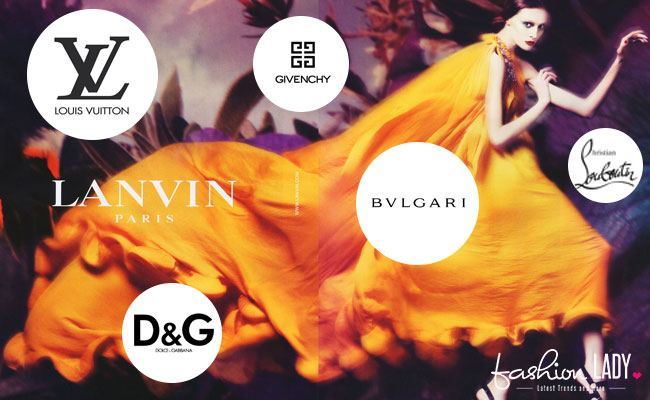 Most of the leading fashion brands in the world are European, especially French and Italian. And many of them are signature brands that are named after fashion designers. So, it’s obvious to find the brand names in their native language. Asians especially are more likely to misspell such names. So, just wanted to check out if you know how to pronounce the names of the leading fashion brands (Global).

Go through this post and do a self check!

No matter if you are standing on towering heels by Jimmy Choo or wearing a Crocs sweater, you’ll be labeled as a fashion-ignorant fool if you are unable to pronounce the brand you’re flaunting. Irrespective of your know-how on latest trends, fashion weeks and history of your favorite brands, your knowledge won’t be entertained if you have not pronounced correctly.

The French footwear mogul launched his signature footwear brand in 1991 and has since then been ruling the fashion world. Before launching his namesake brand, Christian used to design shoes for high end brands including Chanel, Yves Saint Laurent, and Maud Frizon. 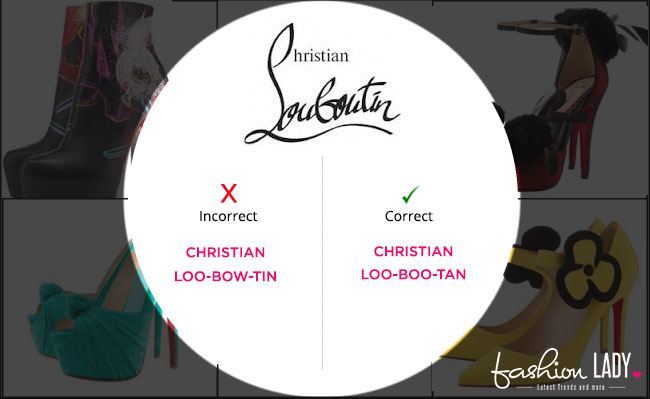 Just as in case of Louboutin, almost every fashion forward is familiar with this brand even if she doesn’t own any item by this brand.

This Italian luxury brand was launched in 1985 by Italian designer duo Domenico Dolce and Stefano Gabbana.

The fashion brand, which is considered as the inventors of the Mediterranean style, draws its inspiration from the true Italian elements. Even though the designers had managed to impress fashion biggies like Sophia Loren, Claudia Cardinale, and Stefania Sandrelli; their real international fame happened when they began their friendship with Madonna, who had worn their corset (guêpière) made of gemstones at Cannes 1990. And this is how the entire world became familiar with this brand, that later went on to become one of the top 10 fashion brands in the world.

Recently, the house of Dolce & Gabbana totally won our hearts during their show in Milan for fall 2015! 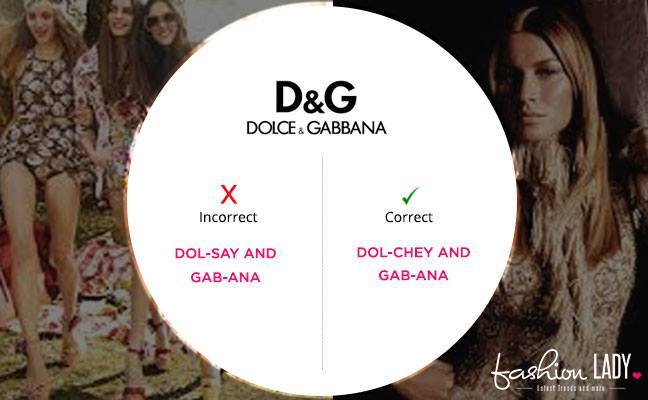 Today Louis Vuitton may be ruling the fashion world by becoming the most profitable luxury brand especially in bags; but the fashion designer had a very humble start. LV was the personal box maker and packer of Napoleon’s wife (the Emperor of France in 1852). The fashion house LV was launched in 1854, thus becoming one of the oldest reigning fashion houses in the world. The company operates in 50 countries with more than 460 stores across the world and the valuation of the brand in 2013 was $28.4 billion. Did you know, the Louis Vuitton Steiff Teddy Bear is one of the most expensive Louis Vuitton products. 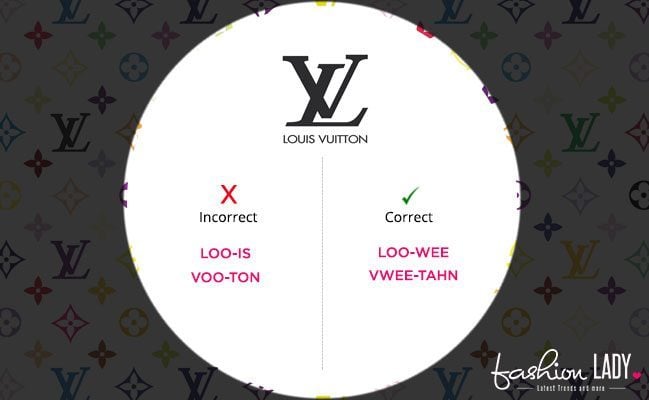 Here are some other fashion brands that are commonly mispronounced –

So those were some of the top fashion brands that are not pronounced correctly, widely. Hope you found this post useful!

How To Be A Hipster Girl With The Right Hair, Fashion...

Best Concealers For Dry Skin For All Skin Tone And Coverage...

Fashionlady - June 18, 2017 0
Much as you desire, you cannot escape blemishes, redness, bags, under-eye circles, etc., completely. However, a concealer is undoubtedly your best alley here which...