Indian Fashion Blog
Home Hairstyles Gorgeous 90’s Hairstyles And Hairdos That Need To Come Back With A... 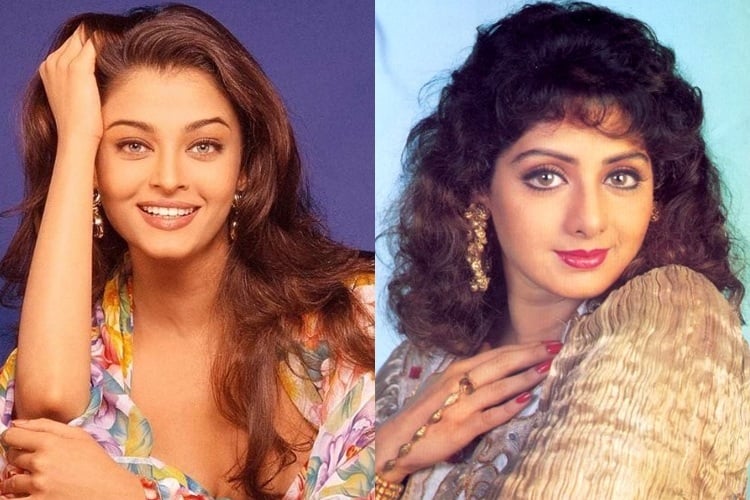 There was always something fancy and loud, and yet lovable about the good old 90s. Baggy jeans to anti-fits, flat shoes to wedges so chunky, loud makeup and the wild perms; oh yes, the wild perms that fringed crowns and shaped the face, how can we not mention the 90’s hairstyles on those lines. Our Bollywood ladies of the 90s and the counterparts abroad in Hollywood flaunted the wild perms and curls of the 90’s hairstyles like crazy. Today we would take a look at some of the good old 90’s hairstyles, which rocked the silver screens and the fashion scene back then. You bet you would want it coming back!

Quite Trendy But We Want The Best 90’s Hairstyles Back

1. What was once called silly is now chic, and for that the perfect example would be Karishma Kapoors soft wavy hair-do of the 90s. Every movie she was in, had her with this hairdo, until Raja Hindustani came around and she went all slick! Good for a change but Lolo was best known for her lovely waves!

2. Gelled back and combed into a tight bun. Kajol and Aishwarya mostly had their hair tied into a sleek bun always when the scene called for parties or formal occasions in movies. A style that caught on quite well as one of the best 1990 women’s hairstyles, to be honest, we want them back.

3. Wild and very fluffy were the perms back then, and the ladies of the 90s that flaunted such a style mostly was Urmila Matondkar and Karishma Kapoor. The look was that of innocence and when paired with floral hair accessories or a simple hair crunch, the look came about as cute and college-going types!

4. Fizzy perms were a hit in the west with the likes of Madonna and Cher, however, the trend caught up soon in India with Pooja Bhatt, Raveena Tandon and the Late Divya Bharati wearing their fizzy perms like magic!

5. Some of the leading ladies that made the early 90s hairstyles a signature mark of their own without following the herd mentality always were the dammed lot; Raveena Tandon for example ensured she went minimal with the wild curls and stuck to her slick look for most of the late 90s.

6. The bubbly and very chirpy former Miss India and Bollywood star Juhi Chawla was then one of the very few leading ladies that loved keeping her curls intact with style and utmost grace; sometimes with two plaits or a ponytail too.

7. Kajol Devgan back then was a gorgeous PYT, with that dark skin being flaunted and lovely wavy long hair untouched. She now has turned into a yummy mummy with sleek straight hair, but we would really want that au naturale waves of Kajol back – for once at least the popular 90s hairstyles of long waves should be back!

8. She was laughed at for her tall legs but that didn’t stop her from becoming the number one diva in the 90s, for as long as she played her role and movies. Tabu was known for her simplicity and very long straight hair, much apart from the run of the mill girls who kept it wavy and cut short!

9. Not much has changed with the hairdo of Madhuri Dixit Nene, apart from the length and the color it seems. Madhuri in the 90s wore her hair permed and short till the nape of the neck, and now she wears it permed and long! So there you go, one leading diva even now, and with hair of the 90s well managed.

The mad curls and waves of the 90s even wrapped the crown of Shilpa Shetty; back then Mrs. Kundra was known for her very long wavy curly hair, which she bleached golden most of the times. Thank heavens she doesn’t do that now, however, the long wavy tresses is what we want back.

Here were some of the crazy womens hairstyles that were hits as the 90s haircuts. Let us know which of them you think should make a comeback, and why!

15 Sporty Hairstyles That Will Make You Stand Out!

35 Easy And Fashionable Hairstyles For Sarees

Braiding Hair Tutorials: How To Braid My Hair

Your Search For The Best Bleaching Cream Ends Here!

How to Wear a Brooch with Different Types of Clothing

What Is Double Cleansing And How You Should Do It