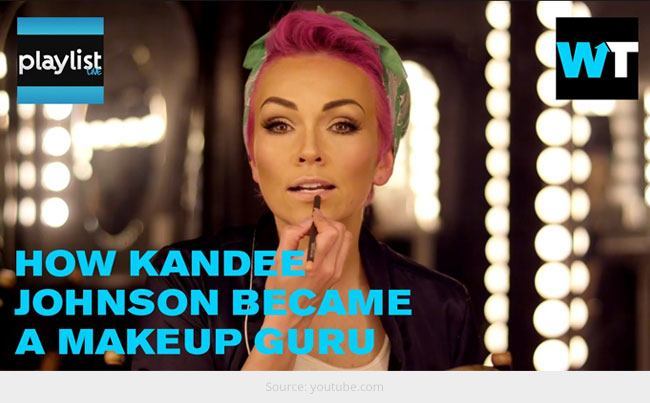 Lately I realized that makeup doesn’t only transform an ugly duckling into a beautiful swan, but with the help of cosmetics one can also mimic the face of any celebrity or fictional character. And this thought became evident only after watching Kandee Johnson transforming herself into an impressive host of celebs and characters with just makeup.

It’s indeed astonishing to see how makeup artists transform a face by simply applying eye makeup, hide flaws by effortlessly blending the foundation, and make someone look completely different by contouring, that I feel should be the eighth wonder of the world. Do have a read and admire the sheer power of makeup!

Kandee Johnson, a Los Angeles based makeup artist quickly became a popular name, especially across all social media channels and nonetheless in the beauty world alike, after she showcased her amazing ability to mimic almost any face by simply applying cosmetics.

The gifted blogger has recently shared a collection of her photos where she has impersonated various faces right from fictional characters from Frozen’s Elsa and Barbie to The Hunger Games’ Elfie and celebrities ranging from Angelina Jolie and Kylie Jenner to Justin Bibber which was a complete surprise package for her audience.

Kandee is a blogger for over 6 years now and says that she creates YouTube videos to make people happy and with her tutorials she wants to share makeup tips that might change women’s makeup life.

Let’s go through her series of cosmetic transformations where she has impersonated different characters and celebs with her amazing makeup skills!
[new_royalslider id=”59″]
Hope you enjoyed watching how Kandee Johnson has transformed herself into an impressive host of celebs with just makeup.

Vidya Balan Slays Us With Her Recent Desi Appearances

How to Keep Your Red Lipstick from Smudging

Fashionlady - February 23, 2015 0
After watching the latest L'Oreal Red Lipstick commercial and Emma Stone's red lips at the SAG Awards, I realized that red is very much...