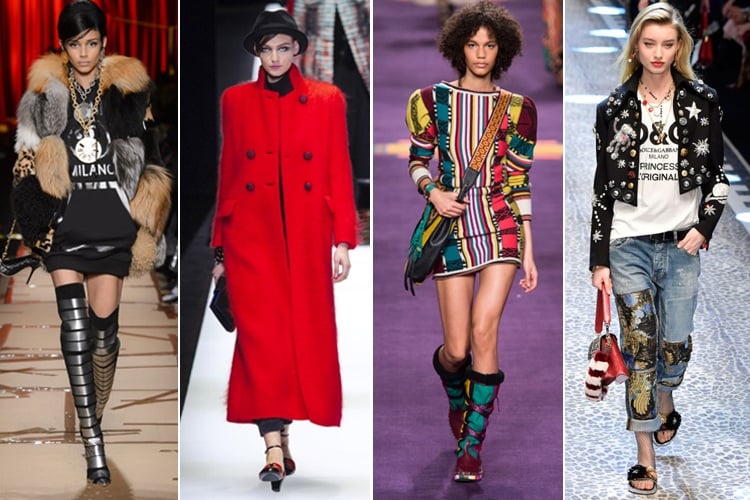 Milan, it was and so let’s share with you every piece of beauty we have witnessed. The city was busy with Fashion crowd that flocked to Italy as the month of fashion journeyed to its next destination. Not only were some of the most gorgeous models of the world seen in the Italian city but also the who’s who of the fashion world, designers, and celebrities from Hollywood and big name magazines. The front rows were glossier than the ramps and the parties were glistening. The street style in Milan this week could challenge the likes of Paris. So without any further ado, let’s take you through all that was hot and all that was happening in Milan during the Milan Fashion Week, 2017.

Bringing Glamour to the Front Rows

We spotted Pamela Anderson in a floral frock at The Dolce & Gabbana show with Jamie Fox. Linda Tol secured herself a seat in a red and denim look complete with a wild printed jacket. The Missoni show was another one to have us anticipating. We spotted Model Anna Cleveland in the front row wearing one of the knotted hats by the designer paired with chevron patterned jacket in monochrome to complete a casual denim look. Not sure why chevron was so very favored for the show, even Margherita Missoni turned up in long chevron skirt. Look who we spotted at The Bottega Veneta show – it’s Gigi Hadid looking absolutely gorgeous in a pair of Quay sunglasses. Sitting right beside the super model was Anna Wintour in her statement bob haircut. Other big names seen seated at the front row of the Bottega Veneta show were Giovanna Battaglia, Stefano Tonchi, Anna Dello Russo and Gilda Ambrosio. 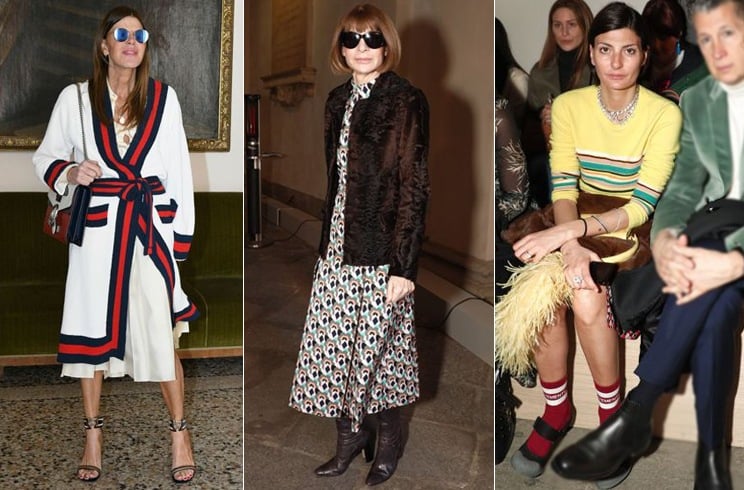 Gigi Hadid was seen again with Victoria Secret Angel and model BFF Kendall Jenner at the Versace show. Gigi, we are totally loving your red trousers and jacket combo. 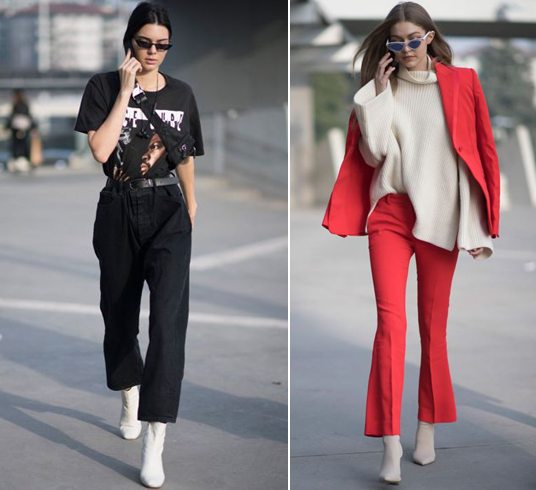 It is safe to infer that the Gucci show had the lengthiest list of celeb attendees. Charlotte Casiraghi, A$AP Rocky, Alexa Chung, Florence Welch, Marco Bizzarri, Salma Hayek, and Taylor Swift’s ex Tom Hiddleston were just to name a few. On the third stop of the Fashion Week, we have seen some unique and interesting creations by Gucci and Prada and Fendi and everyone else in between them. True it is, that in an environment fused with political instability people are taking human rights, civil rights, immigration rights; they are not talking shoes and handbags. This took an added effort from the designers to come up with designs that could take the onlookers’ mind out of the volatile state of survival and find interest in fashion. The runways, hence, were determined to showcase looks that would go on to form some of the best fall collections. From flamboyant jackets to velvet separates, from fur and animal prints to dainty lace, the show showed it all.

[Also Read: Milan Fashion Week Had It All] 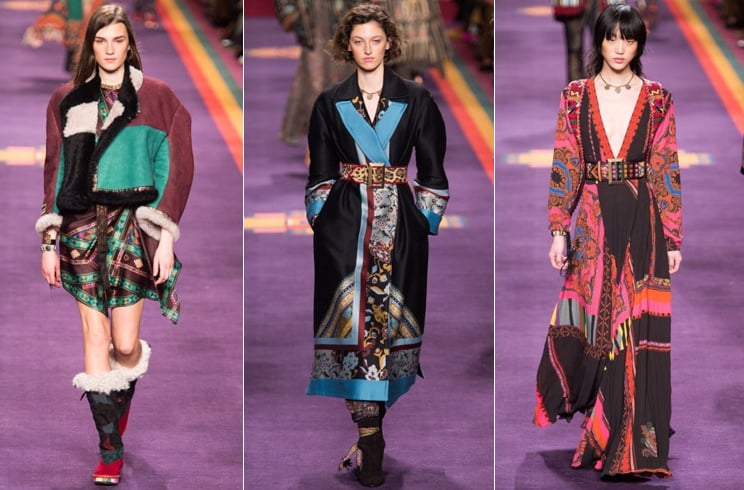 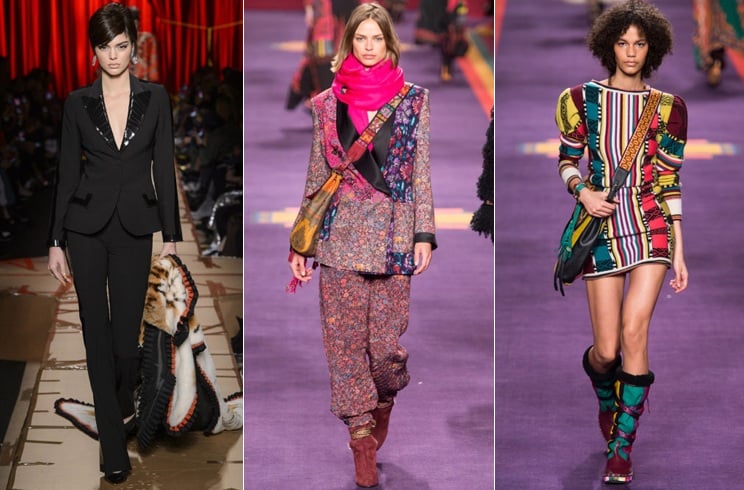 When a city receives an added population that makes up for the most fashionable faces from all around the globe, it is quite expected from the streets to speak of fashion too. The models rampant on the lanes and roads of Milan brought to the city the extra stylish dimension. People of Italy are known for their extravagant architecture, but for these seven days, they would be celebrated for their street style. 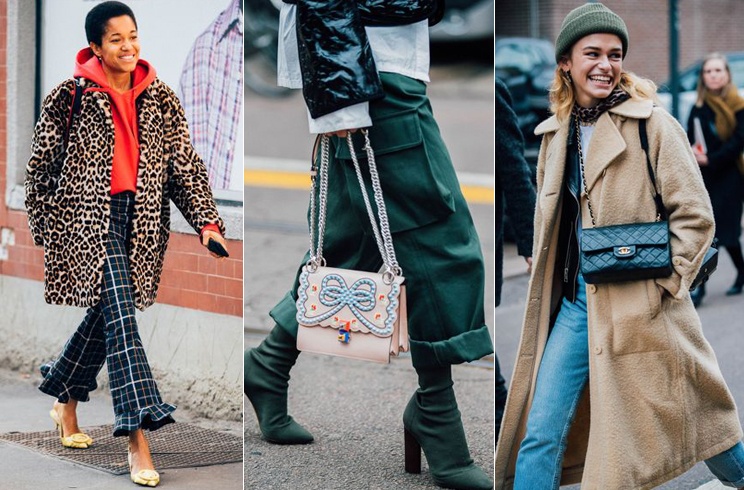 When the days are this busy and rushed, it is only fair that we get some time to chill and unwind. The sumptuous meals, the sinful drinks, and some out of the world fashion statements are what brings life to the after parties of fashion weeks; Milan Fashion Week was no different either. We are not sure if we are fangirling over Fergie’s polka dots more or drooling over those costume-esque hats and gowns. 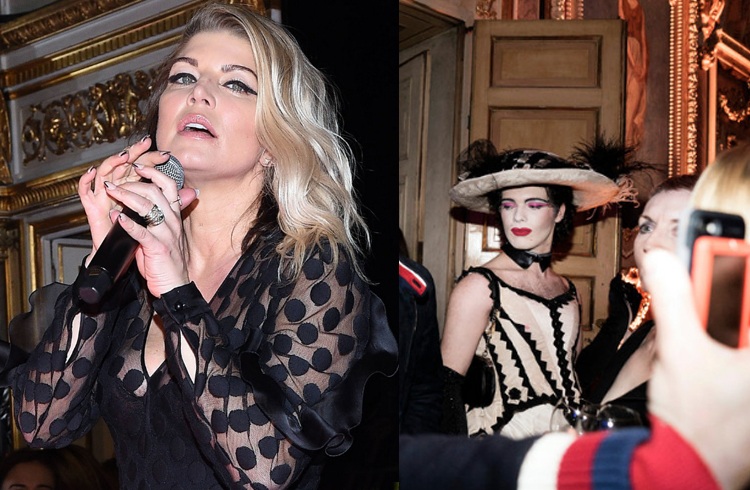 As you are reading this article, the fashion week entourage has already reached its final destination that is Paris. Paris – the name itself stands synonymous to everything trendy, everything exquisite, everything magical and everything romantic. We are safe to expect that the show in the French capital wouldn’t fail our high expectations. Stay tuned to know more on Paris Fashion Week, next week, this space.

Here’s an Ode to Jaya Bachchan – The Queen of Our...

Monotones is in Trend This Season Like There’s No Tomorrow

Fashionlady - June 21, 2019 0
With the best names in entertainment business in attendance at the Grazia Millenial Awards 2019, we knew what we’re going to get. Yes, the...