Indian Fashion Blog
Home Whats New 10 Possible Causes Of Pelvic Pain In Women And How To Get...

Pelvic pain usually affects the lower part of the abdomen, between the groin and the belly button. In most of the women, pelvic pain is the sign of menstrual cramps, ovulation, or gastrointestinal problems like food intolerance, etc. It can also develop due to a very serious problem like uterine fibroids, stones, and cancer. Sometimes, pelvic pain is known as an indicator of infection or issue associated with the reproductive system or other organs in the surrounding area. 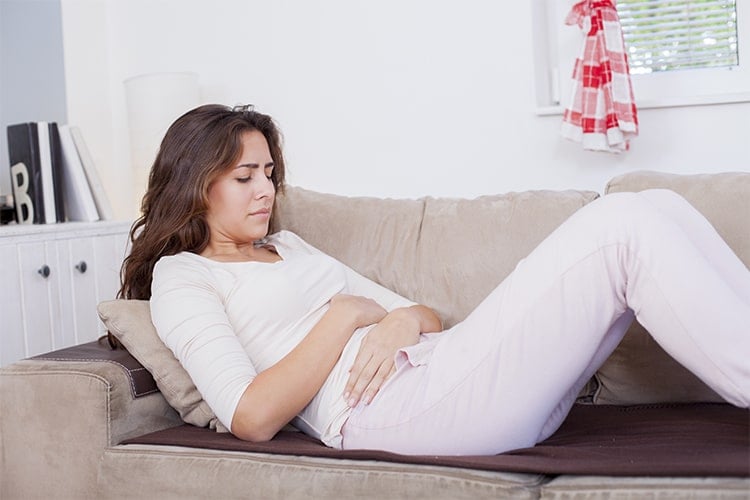 Various possible causes of pelvic pain in women and their relieving methods are explained as follows:

1. Menstrual pain and cramps: Menstrual pain and cramping is the most common cause of pelvic pain in most of the women. Among all the menstrual disorders, most of the women commonly report to experience excessive pain in the pelvic region. Roundabout half of the women who menstruate will experience some type of pain for at least 1–2 days each during every cycle. Menstrual cramping most typically starts just before a woman starts her period, as during this period the uterus starts contracting and shedding it’s lining. The pain may be felt similar to the muscle spasms or jabbing pain in the abdomen.

It can be relieved by using a warm heat pad that can help in relieving from the painful sensation. Several over-the-counter medications, like ibuprofen and naproxen, can also provide symptomatic relief.

2. Ovulation: During the complete menstrual cycle procedure, If a woman feels a painful sensation generally on one of the side of her pelvic region, then she may be experiencing mittelschmerz (the painful phase of ovulation). Ovulation is a process where a woman ovary starts releasing an egg, along with some other fluid. The egg released will then travel down towards the fallopian tube and into the uterus. The fluid released by the ovary can spread within the pelvic area, which can sometimes cause irritation in the pelvic region which ultimately is the reason for pain in the pelvic region. The discomfort may usually last for minutes and prolong for hours, and it may also switch sides of the body, depending upon which ovary has released the egg.

The pain is usually temporary and requires no specific treatment.

3. Interstitial cystitis: It is possible for a woman to experience ongoing inflammation of the bladder which has no specific known cause. The medical term for this is known as interstitial cystitis. It can cause pelvic pain and various symptoms such as painful urination, the urgency to urinate, and the feeling of pain during sex.

Treatment of interstitial cystitis often involves the management of symptoms as best as possible.

4. Cystitis or urinary tract infections: Cystitis generally referred to as inflammation caused in the bladder due to the bacterial infection. This usually happens because of the vaginal, rectal, or the bacterium present on the skin enters inside the urethra and makes their way directly towards the bladder. A urinary tract infection (UTI) is one that can occur anywhere inside the system, while cystitis generally occurs only in the bladder. Both conditions are very common in women.

These infections can sometimes do clear up on their own, however, a very short course of antibiotics will typically help in the treatment of cystitis and another type of UTIs.

6. Pelvic inflammatory disease: Pelvic inflammatory disease (PID) is known as an infection that occurs in the womb which can directly damage the surrounding tissue. PID can arise if the bacteria from the vagina or cervix directly enter into the womb and take hold there. It is usually a complication of an STI such as gonorrhea or chlamydia. Along with the pelvic pain, women may also experience other symptoms, which include abnormal vaginal discharge and bleeding. PID also enhances a woman’s risk of infertility.

Doctors can recommend various treatments depending upon the severity of symptoms.

There is no cure for IBS, so treatment always focuses on management of symptoms through a change in diet, maintaining the levels of stress, and through certain medications.

10 DIY Foot Scrubs That do Wonders to the Feet

Surprising Ways On How Suprax Works Against Bacterial Infection

Get Inspired From Indonesian Summer Fashion Do’s And Don’ts

27 Foods High In Vitamin E For Skin And Hair

Tips To Create Your Own Home Gym

Fashionlady - September 28, 2019 0
Thinking of creating a self-owned home gym seems very smooth and easy on the eyes. You might be thinking of applying a few steps...