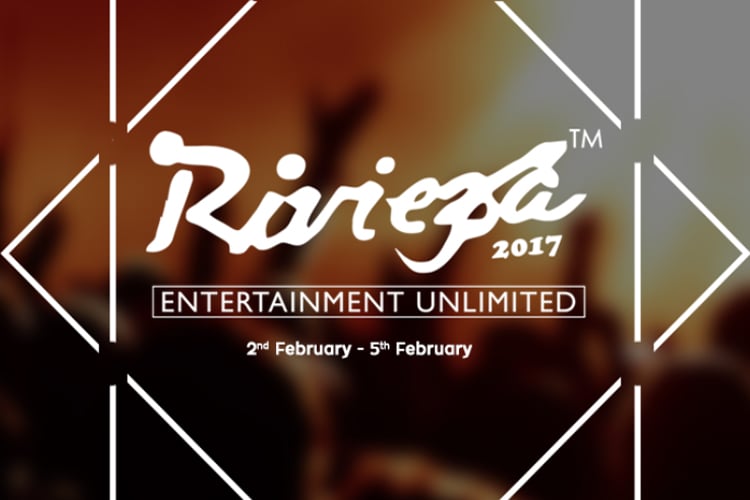 RIVIERA, one of the most sought after college fests and in competition among the biggest college fests across India takes place in VIT University, Vellore every year in the month of February.
Not only an event filled with workshops, pre-events, food stalls and plenty of games, but the nights of the fest are also just as eventful.

Every day of the fest witnesses a pro show at the end of the day, and it’s no biggie that the students here get to meet the stars who we swoon over, the voices that keep our melody side on a high and the bands who we never thought we could see unless we travel to another city. Some of the few celebrities and bands who have graced this event over the years with their electrifying performances are : Sunidhi Chauhan, Shankar-Ehsaan-Loy, Surya, Mohit Chauhan, Benny Dayal, Arjun Kapoor, Shaktisree Gopalan, Geetha Madhuri, Devi Sri Prasad, Vishal- Shekhar, Raghu Dixit, PENTAGRAM, DJ Nucleya, DJ Suketu, Kamal Hassan, Chiyaan Vikram, Amala Paul, Allu Arjun etc

This year, back to mesmerize us are Shankar Mahadevan, Armaan Malik, Farhan Akhtar and LOST Stories.

It is evident that the university lives up to its diverse nature, by extending the pro shows to celebrities from all languages keeping it lively and entertaining for the students. The first three days of the fest are filled with entertaining shows and singers, while the fourth day is the DJ night where students can relax and groove to the music. Ending the show is a celebrity giving away appreciation tokens to the entire organizing team of Riviera. The students of various colleges gather for in-house competitions among colleges, with a stock of performances in between with their fashion shows reaching top class.

The sponsorship’s for this fest are plenty and from leading companies such as Deccan Chronicle, The Hindu, Accenture, Wipro, IBM, Cisco, Toyota, Coca-Cola, Pepsi, Shopper’s Stop, Gold’s Gym who choose to sponsor year and again sure to the considerable benefit Riviera invests in them too.

Riviera has the honor of being the first university Cultural & Sports Carnival to be ISO 9001:2008 certified, and has also entered the Guinness Book Of World Records for the “Most People Arm Wrestling” and the “Pragathi – Largest Human Hand’s Image Formation”.

There’s all the more reason to give this college fest a visit! Worth your time this February.

How To Do Fruit Facial At Home: Types, Procedures And Tips

A Cheat Sheet and Everything Else on How to Apply Bronzer!

Fashionlady - January 20, 2017 0
Gear up Hyderabadis, as the most fun-filled, exhilarating annual inter college ‘TechnoCultural’ festival of IIT Hyderabad well known as Elan 2017 is in the...