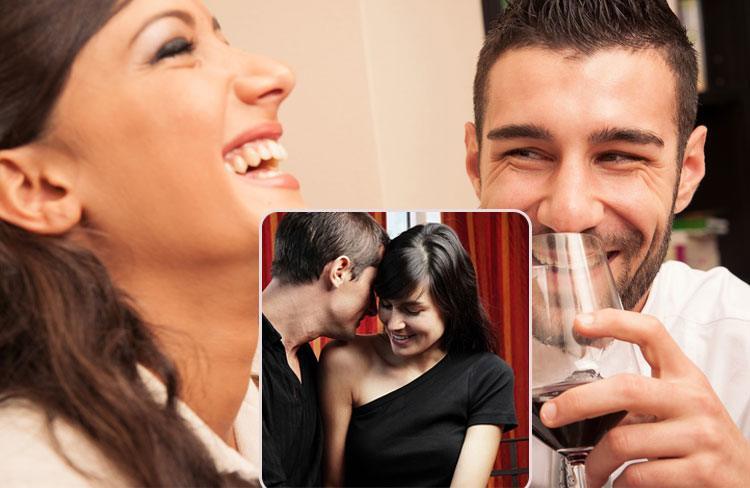 I’m just a natural flirt, but I don’t see it in a sexual way. A lot of the time I’m like an overexcited puppy.
– Kylie Minogue

Most people sort of enjoy going to work because of the socialisation, a chance to flirt with co-workers and so on, but actually hate the job they do.
– P. J. O’Rourke

Flirtation is an art, and a carefully used social tool that is attracting many youngsters for quite some time. Why do human beings flirt? They do it in order to establish a connection, to assess the interest of the other party in reciprocating that connection.

Not all flirting is done to set up a romantic or sexual encounter. But yes, it helps us in finding out and realising its potential of converting into a romantic relationship.

All said and done, flirtation has its set of challenges and uncertainties. But that is the beauty of it, as it sometimes prolongs the excitement and the mystery of it developing into a ‘mere friendship’ or ‘relationship’.

Are there any rules in flirting? Does a lingering glance at each other mean the same in social and sexual encounters, or is it different? A glance, a touch, a casual movement signifie s which of the two between social and sexual? Oh man, this is getting into the skin of it.

Human relationships are complex, unique and are filled with new desires in work zone. There are five styles of communicating an interest between a guy and a girl. Here they go:

In this technique, men are expected to make the first move wherein they request the date or offer to buy a drink. Doesn’t it sound like the classical gender one-upmanship?

Further on, men belonging to this category seem to know their partners for quite some time before approaching them romantically. That is why they proceed slowly and focus more on developing non-romantic relationships before acting on the ‘desire’ front.

Women who are flirts by choice tend to less likely flirt with partners and/or to be flattered by flirting.

[Also Read: 9 Signs That You Are an Independent Woman]

As goes the word, the physical style hints at sexual contact done through verbal messages. This style of flirting involves suggestive talk where individuals don’t mind expressing their desire and sexual interest to potential partners. Individuals who fit this style often get into private and personal conversations and are more prone to establishing a relationship and sexual chemistry.

Neat and clean, this style is more of creating an emotional connection with a potential romantic partner. It involves developing intimacy by showing personal interest and emotional chord with a partner, not sexual interest.

If you’re a willing participant in a flirtatious exchange, and not conscious of where it will ultimately lead to, you are in the territory of romantic advances. Never mind, happy flirting!

Bruce Jenner Is On The Cover Of Vanity Fair AND How!

Sapphire and Emerald Engagement Ring Designs to Flaunt Til Eternity

Top 5 Makeup Trends that are Going to Stay this Season

Lakme Fashion Week 2016 Ends On A High With Sabyasachi Mukherjee’s...

Fashionlady - March 11, 2015 0
As far back as I can remember, I spent hours loving drawing and painting as a child, and did particularly well in art in...