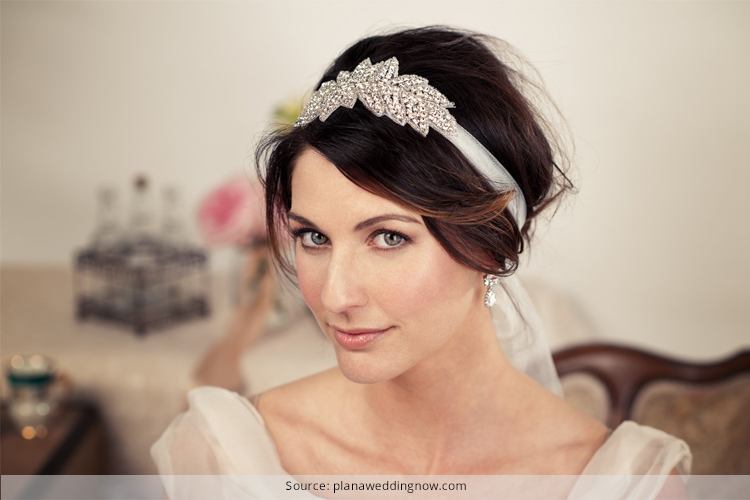 Isn’t it boring to have the same plain Jane hairstyles for work and for everyday looks? While hubby or boyfy may praise you for your simplicity, but deep within, the men folk we roam with are the ones who look at glossy magazines and admire the bevy of beauties. But wait, we aren’t asking you to doll up your hair for them alone, rather do it for yourself and gift your personality a new look each day. Here are seven easy weasy and believe us when we say new showstopper hairstyles for women on the move, with a career and kids to manage. When hubby comes back home or you go out on a dinner date with him, he shall be spellbound!

Let’s look at some showstopper hairstyles.

1. Retro Hairstyle: Rock it with a retro look

Dear girls, it is time we showed the men how sassy and elegant we can be, with a bun so high, which would make them go crazy when we flaunt it better than their mommies! A simple high ponytail, turned into a bun that sits pretty on the crown of the head, is a sure shot way that he’d be floored.

No time to get an elaborate hairdo, and yet would need to keep the hair in place? Think of the low chic roll. For this, you would have to comb your hair sideways back to the right, and tie the tresses into a low ponytail. The second step would be to fold the tresses inwards and pin them in place with bobby pins, and spray a little leave-in conditioner to set the hairstyle!

Attending your child’s concert? And you would like a simple yet chic look? Try the cross braid with a ponytail, which wouldn’t take more than ten minutes. Braid two plaits on each side of the temple, bringing them to the crown of the head. Pin the braids at the crown and secure the look with pins. The remaining hair should be crunched and brushed backwards into a low ponytail, with a quirky hair accessory to seal the look.

The messy low bouffant ponytail hairstyle is an apt style for cocktail and red carpet moments, which was once a rage in the 90s and now is a comeback too. Divide the hair into two portions, with the fringe left loose. The hair from the crown should be puffed up and combed into a low ponytail, securing it with hairspray and a nice accessory to keep the look in place.

We loved the 1940s fashion, when hair was medium to big and the lips were rosy red! Before the rockabilly look came around, it was waves and with plenty of soft natural twists to the tresses that made the women look like divas. A side sweep to the fringes and with a medium bouffant on the crown, allowing the remaining hair to fall over, why not? Keep the red lips glossier than ever to complete the look!

A little tease with wavy tresses makes the woman look like an elegant rabbit! No wonder back in the 50s, the side-swept waves were meant for the girls who played it fast and wild. Bring out the diva in you with soft waves, using mousse for the hair and a blow dryer in flat five minutes!

Hope this article on showstopper hairstyles has helped you.

9 Fashionable Ways to Tell Your Best Friend How Much She...

Give Up Your Engagement Ring For Wedding Ring Tattoos