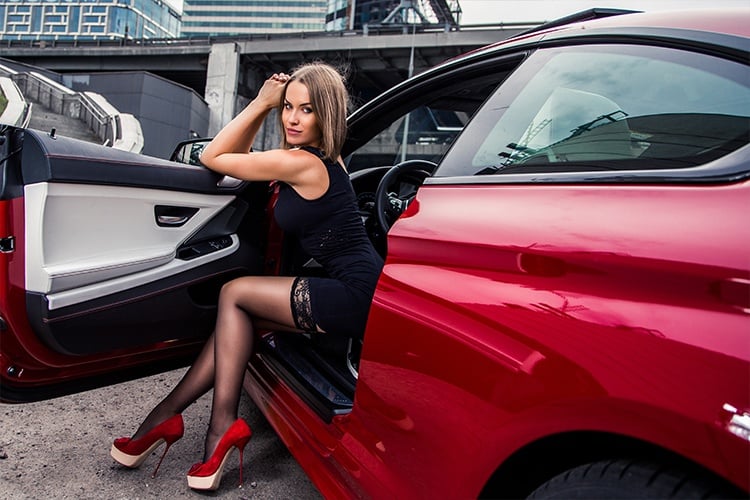 What goes around, again comes around – and that’s never been much kosher than in the fashion industry. Stockings may be revamped as the most seductive garment for the 21st century, but did you know that they actually date back to 400 years?

Just like corset in earlier days, which were used as a hidden garment and utilized only to give a desirable shape, stockings were also a secret. The stockings along-with suspenders were not intended to be exposed in public, mostly before men.

Seeing a girl in stockings and corset by a man was strictly beyond the pale and therefore, this ‘immoral indulgence’ became a thing of curiosity, which is even reflected in the song, “A glimpse of stocking was something shocking but now anything goes..” by Cole Porter.

Before digging into its history, let’s first go through a brief introduction on the hosiery.

A stocking, which is also known as hose, is a close-fitting, elastic leg covering, mainly wrapping the lower part of the leg. It is usually in association with mid-length skirts. Earlier royal personals such as kings were also seen wearing those tights and was also used in fetishism.

The story of their origin begins in late 15th century. That was when an English churchman Reverend William Lee invented the world’s first knitting machine in 1589 and started making hosiery out of cotton, silk and wool. The machine immediately became a national asset and the Queen to the throne had even announced death punishment, if someone attempts to export it to the foreign country.

This form of manufacturing technique continued to be in use until 1930, when an advanced knitting machine was invented, through which garments were able to made from one piece and longer they needed to be sewn together.

During the same period, in United States, the scientists of Du Pont company in Delaware were experimenting in molecular industry. Julian Hill, one of the scientists discovered that by pulling out ab heated iron rod from a mixture of alcohol, water and coal tar, a filament could be created, which resembled silk, but was much stronger. This synthetic fiber came to be known as Polymer 6.6. This was first exhibited by the company in 1939 and got a new name as ‘Nylon’

Soon this kind of material revolutionized the garment world and nylon stockings hit the market for the first time on May 15, 1940. Over 72,000 pairs were sold on day 1, thereby overtaking the Japanese silk market overnight. And by the end of the same year, over 64 million pairs of nylon stockings were sold out.

Soon after World War II in 1942, the first post-war hose sale was hosted in 1945 in Market Street, San Francisco, which had attracted more than ten thousand shoppers. Till 50s, these were considered as highly fashionable lingerie.

But soon the stockings entered dark ages in 1960, when tights were invented, which had always side effects on health. Ignorant to this fact, this newly launched piece became a favorite attire for the next 30 years.

13 Commandments On What To Wear To Church

Fashionlady - May 24, 2013 0
Ahoy! The summer is in full swing in countries like Australia and India. After enjoying the winter holidays in style, it's now time to...