I’ve already discussed on world’s most weird fashion trends a couple of months back. This time I am back with world’s 10 most bizarre shoes in the history, to my horror which were actually very much in fashion. And not to mention, some of them are still in practice following their aesthetic values.

When talking about history of shoes, they date back to 8,0000 BC and over the centuries, they’ve evolved in terms of style and materials being used. While some have been so successful that they are still being used, others either had adverse effects or were soon rejected.

Here is a list of 10 most bizarre shoes in the history, some of them were so brutal that it almost handicapped the wearer. Have a look!

Footbinding is a gruesome Chinese fashion, which originated in 18th century and continued to bring in physical torture to Chinese women in name of fashion for almost next 1000 years. Women were almost crippled by this cruel custom. During those days, if a woman had normal feet, she was considered unfit for marriage. Only peasants had normal feet, as they had to work in the fields. This was rather a status symbol. 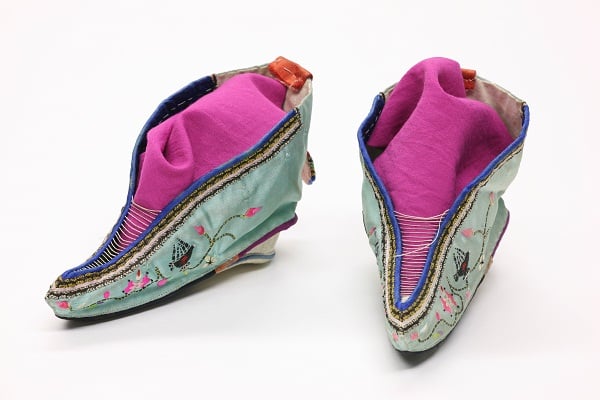 The tradition was to have a small rich girl soaked her feet in a bath of urine and vinegar and then all the toes except the big one were folded tightly under the foot and tied down with tight bandages. This soaking and binding process would continue throughout the girl’s childhood only to ensure that the feet never grew more than three inches long.

They used to wear lotus shoes to fit in their bound feet. These cone-shaped or sheath-shaped, as the name suggests, look like lotus buds. Even though this gruesome fashion trend no longer exists, but we can still find elderly women with their cramped feet. These most bizarre shoes are seen as artifacts in various museums. “Ballet Heels are the most beautiful and ugly shoes you would probably find on the global shoe market at the same time.” ~Alexandra Potter

The ballet boots, which rose to fame during 1980’s, were basically inspired from the ballerina flats. This pair is a contemporary design of the fetish footwear, which is a combination of high heel and pointed shoes. The wearer was forced to force her feet to almost en pointe. 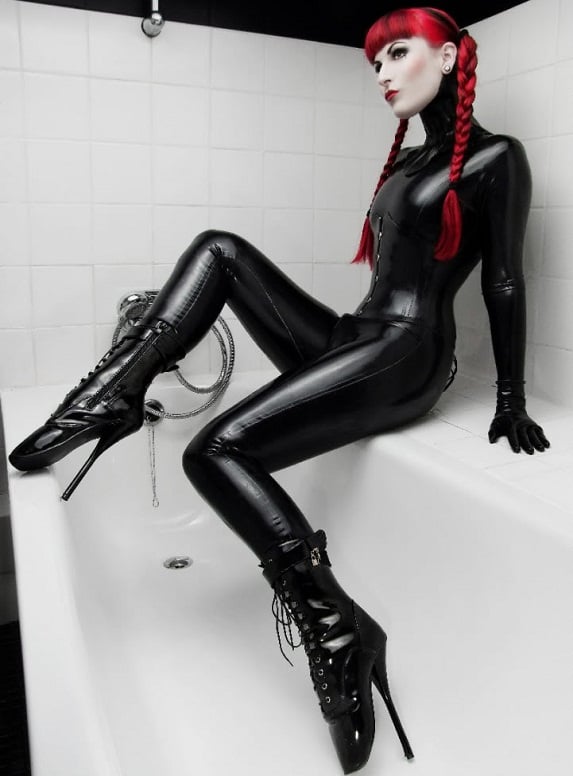 If you happen to visit any French museum of history, you would surely come across some paintings of 16th century, featuring wooden shoes with stilts. These high-pointed bridal wooden shoes were originated in Bethmale Valley, south of the city Saint Girons in the Ariege district, dating back to 9th century.

Legend has is that the local villagers had attacked some Moorish invaders, who had kidnapped the women from their village. They had used clogs to prick out the hearts of the enemies. These sharp wooden weapons were made from the trunks of walnut trees. It was believed that the sharper the point is, the deeper was the love of a man for his bride. 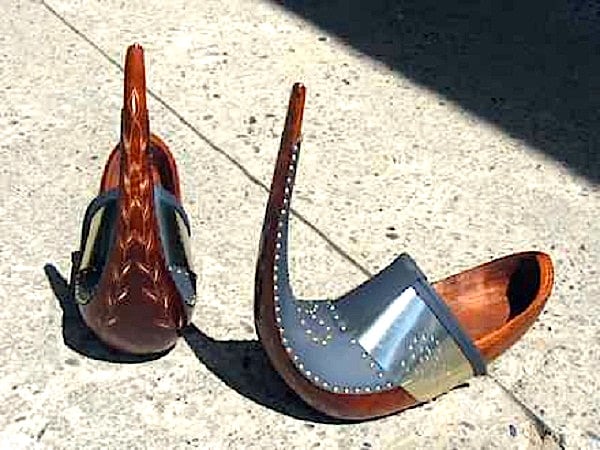 These pairs of bizarre shoes, dating back to 15th century, are left in very few numbers in some selective museums across the world. Designed in the late 15th century, these high-platformed shoes had both a symbolic and practical value. These thick-soled shoes were designed to protect the foot from mud and irregular path. They were so uncomfortable to walk that the Venetian women were usually accompanied by an attendant for support. One of the courtesans used to wear a 20-inch chopines to establish her highly visible public profile. 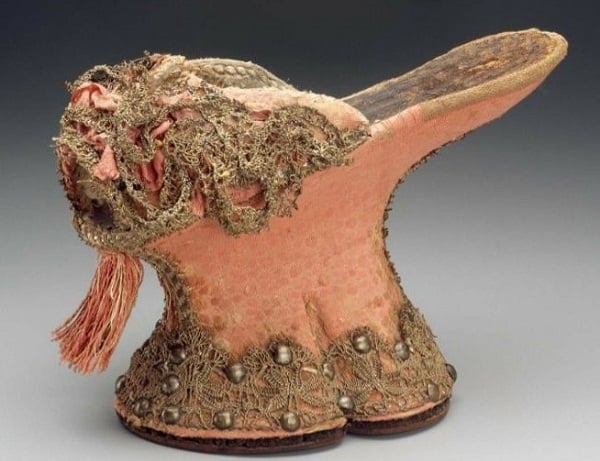 When Antonio Berardi’s runway in 2007 was showcased, it took the world in awe. The heelless shoes, which debuted in his show, later on went on to be popularized by Alexander McQueen. Way back in 2008, Victoria Beckham had made these shoes popular and now Lady Gaga, who believes in extreme fashioning is seen on those heelless shoes. Even though these shoes are extremely painful, as per the shoe designer they do not cause any pain to the wearer. However, doctors strictly advice not to wear them regularly as they can completely damage the knee, spine or ankle. The charana padukas or the toe-knob sandals were widely used in 17th century by saints and sages in Hindu religion, India. This pair of footwear also holds a significant place in the Hindu epic, Ramayana also. The sole of these wooden sandals was almost concealed. The knob on the sandals used to hold the foot in place, which was situated between the big toe and the second toe. These shoes worked more like a raincoat to protect the costly leather shoes from getting spoiled. This late 19th century shoes were made of cloth wrap inserts from Birch bark. this trend was seen in Russia, Norway and Sweden, who had different versions of this footwear. However, their lifespan was only for one week. 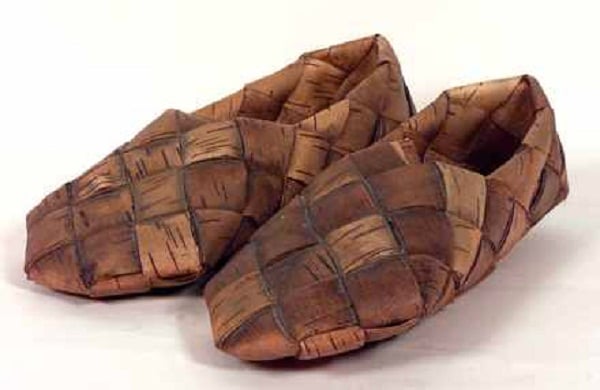 These traditional Japanese shoes, which originated in 18th century are still in use. Even before the concept of platform heels in 1970’s, the Japanese maiko (apprentice geisha) had been wearing Okobo sandals or clogs. Apart from flaunting fashion, they were worn for practical reasons too. The major purpose was to protect the expensive kimono from getting dirty while venturing outside. These shoes are usually made from one single piece of wood, featuring a natural finish.

The color of the cloth was chosen as per the status of the maiko. For example, a new maiko will wear red, while a senior one who has nearly finished her apprenticeship will wear yellow. 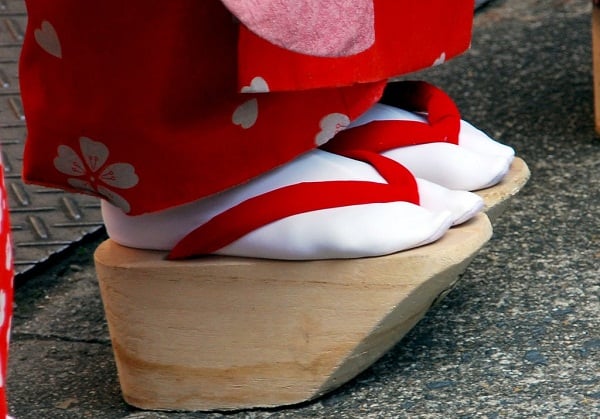 During 17th century and Victorian era, when tailored coat and breeches were in fashion among men, the focus was then shifted to shoes and stockings. Suddenly, men wanted to wear fancy foot wears. Louis XIV also had a pair of high heels with red soles and heels. Since he was short-highted but lofty in power, so he preferred to wear high heeled boots with frills and lace. 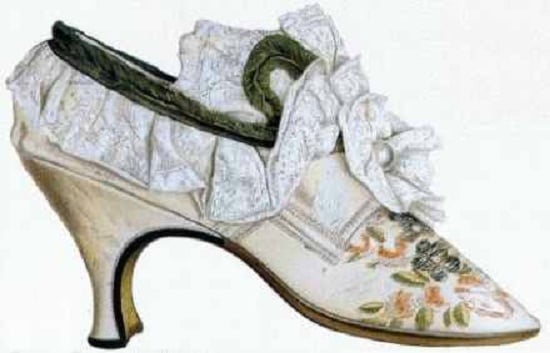 These silver studded wooden towering stilts, also known as nalins, were used widely by the Middle East women from 14th till 17th century to protect themselves from muddy streets and wet bathhouses. These were actually used by the wealthier class women. These shoes had embroidered leather, silk or velvet straps, while  uppers were embroidered with silver, gold or pewter wire. For special occasions,the wooden stilts were entirely covered with intricately decorated silver or other embellishments. 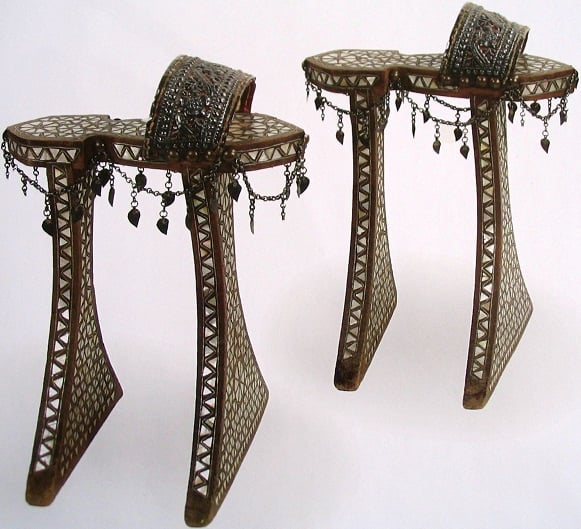 Armadillo Shoes by Alexander McQueen released in 2010 took the footwear fashion to extremes, which were then highly popularized by Lady Gaga. These are favorite among those, who do not care about looking ridiculous in public. Just stay away from these awful shoes my dolls if you love your ankles! 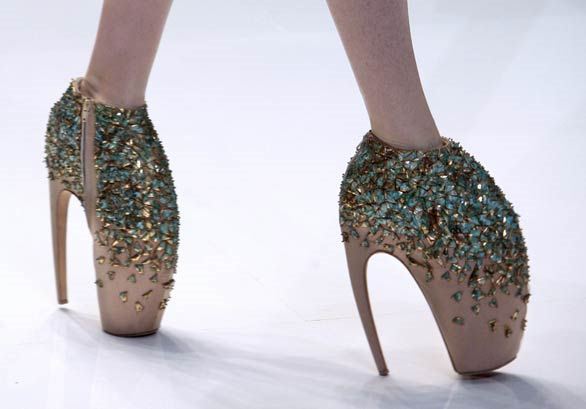 Hope you enjoyed this post on most bizarre shoes!

10 Best Spa Therapies That Soothe Every Nerve In The Body

Party Pony – A new Stylish Ponytail Hairstyle for the Party-full...

What to Know About Laser Hair Removal