The picture above is of Halle Berry (popular celerity and one of Hollywood’s highly paid actress and BOND GIRL), back in 1985 when she graduated from Bedford High School in Ohio, and went on to bag the esteemed ‘Miss Teen All-American’ beauty pageant.

With regard to the diva’s Halle Berry fashion, makeup and her hair; Halle was known for everything loud and big back then, her hair especially. She also went on to win the famed Miss Ohio USA title, with loud makeup and large hairdos, and stood second in the MISS USA and sixth as a runner up that year in the Miss World Competition too, in 1986. And then came the year 1993 when Halle Berry made waves with her sultry dewy look. In the movie Queen, she promoted herself as a glam sham diva for sure, but without the large hairdos and the heavy makeup! Today we shall focus more on the changed looks of Halle Berry fashion, hair and makeup. You too with the same skin tone can emulate her style and the varied images of Halle Berry fashion, hair and makeup as well. 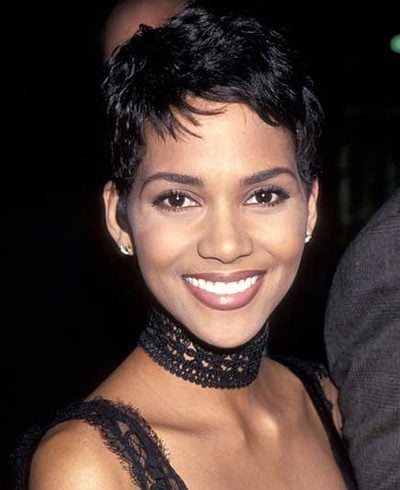 From pixies to bobs, to short to long and the range of hairdos in between, Halle has never failed to keep us PYTs impressed with her sassy yet elegant looks. One of the reasons why Halle Berry hairstyles are so popular is because the style is easy to emulate, apt for the Indian summers and humid days, and can be very well managed and maintained too. The look can be worn for work or for parties and with just about any occasion too. 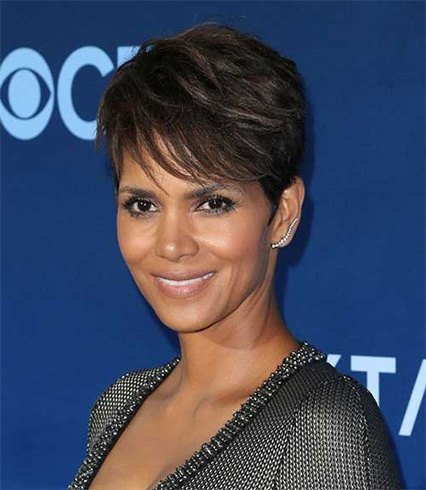 If you wouldn’t want to wear the pixie look quite straight and boring, you could wear them with soft curls and touches. The look comes about as playful too. The soft back curls worn by Halle is at a red carpet event, which is proof enough that the same style can be worn at work too. 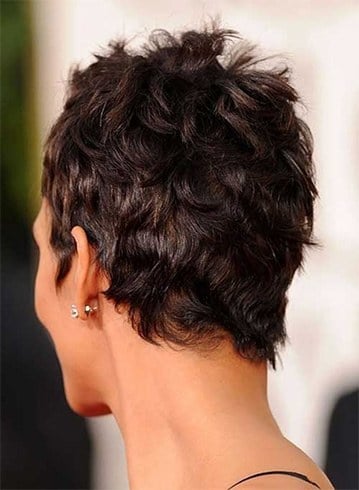 Girls with pixie do’s and wanting to make a fashion statement at an all girls party or a night out can emulate the soft spike look that Halle wears. Keeping the makeup minimal to nude, with smokey eyes would be a scintillating affair.

[Also Read: Celebrities Who Have Flaunted The Global Pixie Haircut] 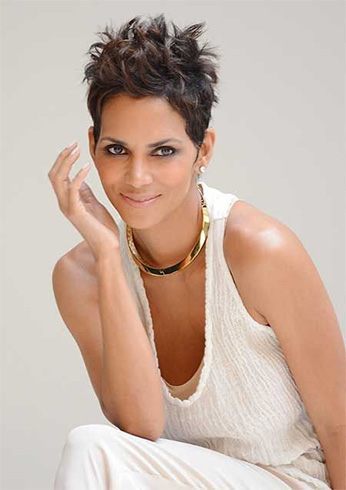 At the esteemed Golden Globe awards in 2013, Halle wore her pixie with soft spikes and beat the boring look with a touch of color and highlights. Mahogany to browns and coppers too for the look to come through can be used. 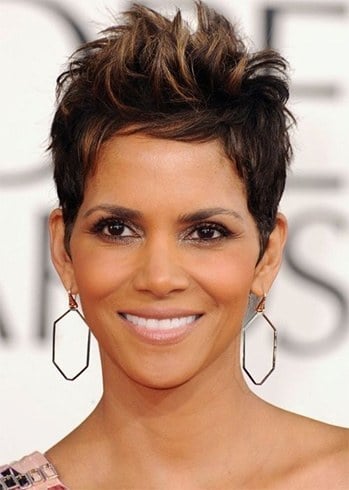 There was a time when Halle wore her hair very long, and being a naturally curled lass, she wore it simple and never played around too much with the middle partitioned locks. Crisp chocolate touches to the hair as a hue and shade was what she loved the most.

[Also Read: Ugly Trends That Are Back And With A Fashionable Bang] 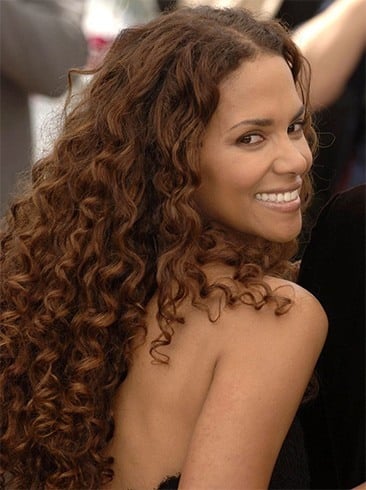 Halle also sported the mid-length hairdo with aplomb, as seen at a lingerie line promotion, the dusky actress with crisp highlights to the hair ends made a fashion statement the paparazzi went crazy about. Curl faux bobs for one of her shows is what the actress wore and brought about a very sixties appeal with the dewy makeup and the elegant look! 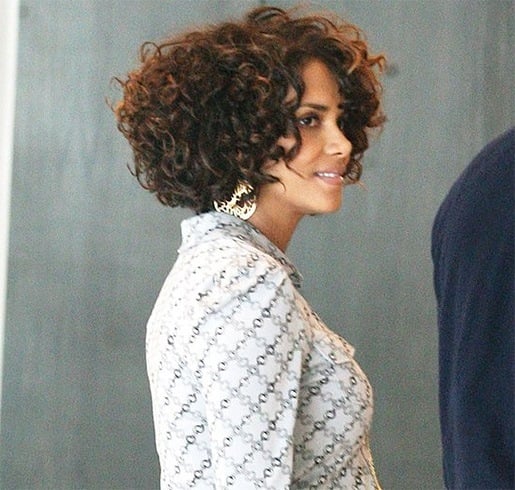 Bobs and more of it, especially for the Indian summers you can emulate the look of Halle in bob cuts. This is a look that works well for the Indian woman shuttling between work and play, home and other errands.

[Also Read: The Top Bond Girls of All Time] 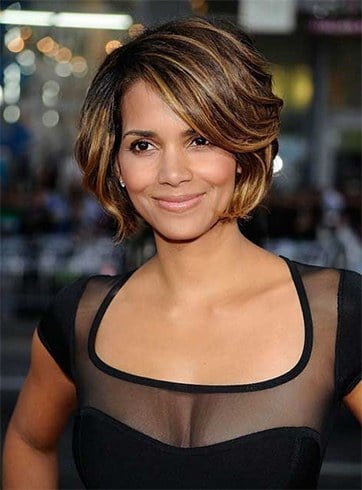 One could also try the fingered layered bob hairdo of Halle as seen below, which can be a great way to welcome summers sans the maintenance and worries of long hair. This is one of the best of many Halle Berry fashion styles. And wearing it right could make you the next Halle Berry look alike too. 8 Style Tips On How To Wear Midi Skirts

Come Let Us Explore The Beautiful Warmth Of Shawls For Winter

Kareena Kapoor Making It Big During Ki And Ka Promotions

Vitamin B12 – An Essential Vitamin for Skin and Hair

Fashionlady - November 15, 2014 0
If you suffer from hair loss or eczema, you might want to consider checking to see if you have a Vitamin B12 deficiency. Yes,...