The tradition of wearing bangles in India is obsolete, might be since Hindu religion had come into existence. Bangles are the symbol of a married woman in India.  Since India has diverse culture with its different states, the wedding customs and rituals are also diverse to be obvious. Even in Indian mythology, bangles have been strongly mentioned emphasizing on the fact how important bangles are for a married woman. One of the oldest artifacts which was discovered in India is a bronze figurine of a dancing girl, wearing bangles on her left arm. This figurine was discovered from Mohenjodaro. 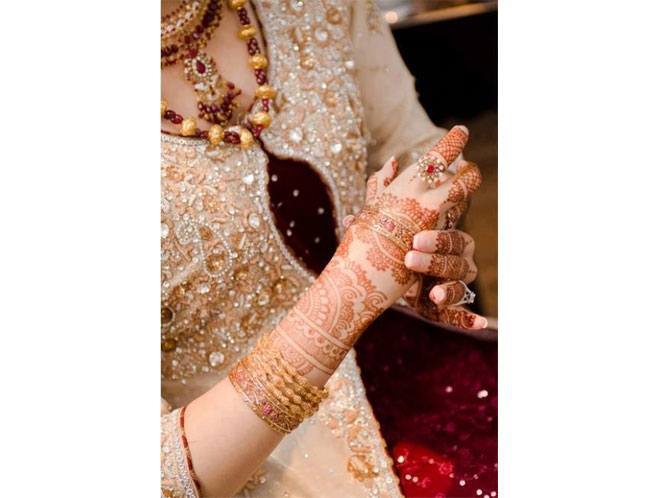 Other classic examples of bangles in India are the copper bangles excavated from Mahurjhari; the ornate bangles dating back to Mauryan Empire and the gold bangle from the historic site of Taxila. 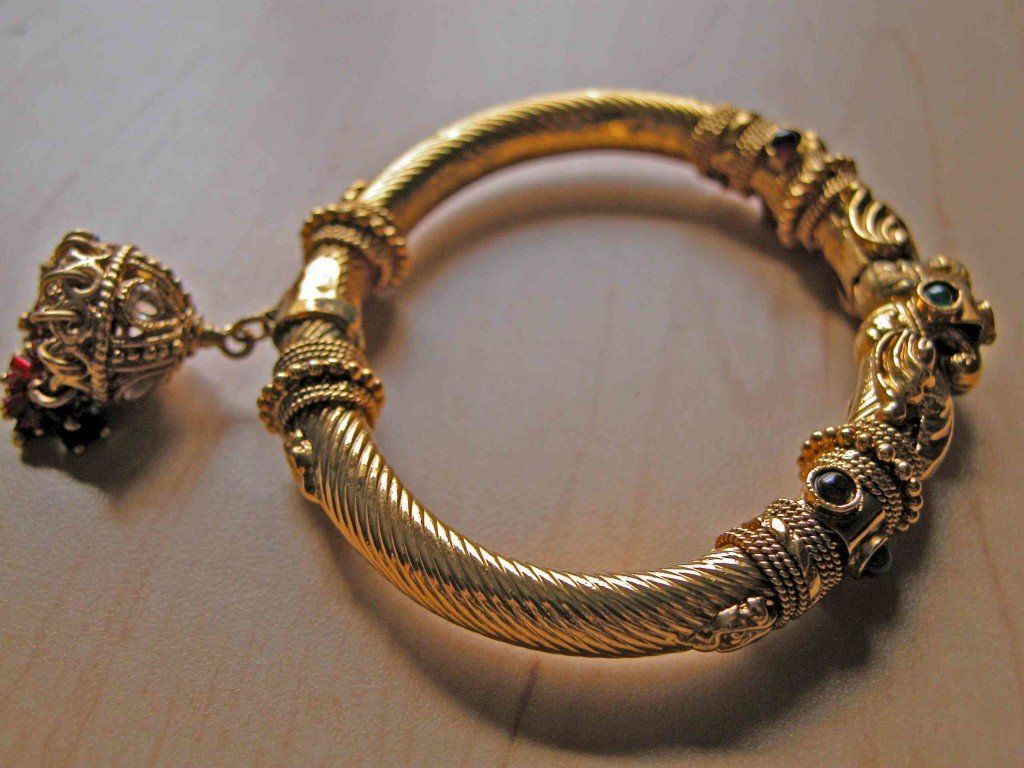 Even every goddess idol that has been so far discovered are seen wearing bangles. Research on ancient fragments show that bangles were used to be made from copper, bronze, shell, terra cotta, silver, gold, lac, glass and anything that could be used in craftsmanship.

From simple rings made of metals to the pieces adorned with exquisite handicrafts and minute detailing showing the masterly work of the artisans. While royal families had the privilege of wearing bangle studded with precious gems and stones. Importance Of Bangles For Married Woman

Wearing bangles, especially lac, glass and shell are a must for married woman. However, the material and color varies from region to region. While in north India mostly Punjab, Jammu & Kashmir and Rajasthan, the ivory bangles (chuda) are compulsory; in states like Odisha and West Bengal, bangles made of lac (pola) and shell (Shankha) are mandatory for married ladies. 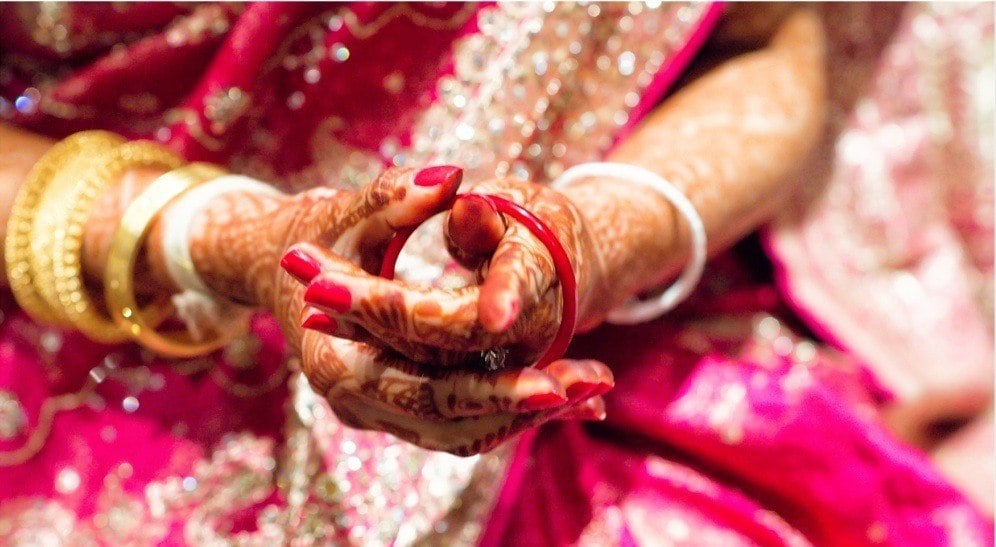 Shankha are white bangles made up of conch-shell and pola are red bangles made up of red corals. The opulent ladies used to wear shankhas made up of elephant teeth.  Apart from these bangles, sindoor and toe rings are other mandatory accessories worn by a married woman not only in Odisha and West Bengal but in north and north-eastern states as well.

Ivory bangles, popularly known as chuda are worn by Punjabi brides. They are given these slender ivory bangles in white and red decorated with stones in multiples of four by their mothers during the time of marriage. 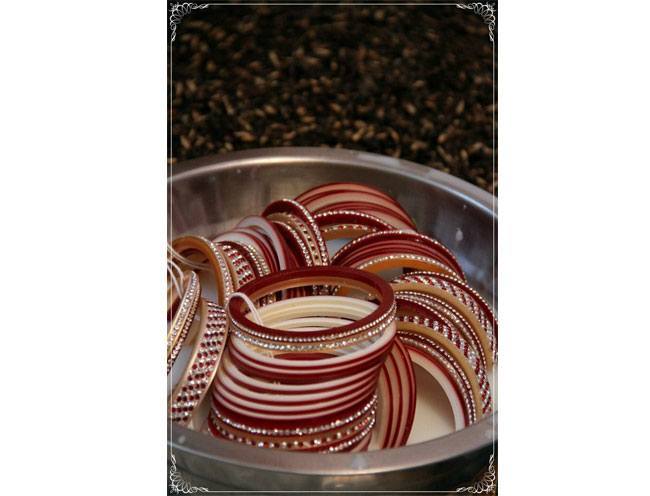 The brides are supposed to wear them for a year and in some communities like the Mohyal communities for 15 months. The chuda wearing ceremony is significant in Punjabi marriages. This ritual is held on the morning of the wedding. The pandit performs a puja and the bride’s maternal uncles give her a set of chudas (21 bangles in red and white ivory) after washing them in milk. As per tradition, she should not remove for one year. These bangles are usually worn in larger size as the newly married girls are going to wear them  in every season till one year.

Bangles Worn By Married Women In Gujarat And Rajasthan

In Gujarat and Rajasthan, the bride’s mother gifts her a pair of ivory bangles. Only after  wearing these ivory bangles that the bridal couple can perform the ‘saptapati’ ritual or saat phere. The saptapati ritual is of seven steps that are taken around the fire, without which no Hindu marriage is considered complete. 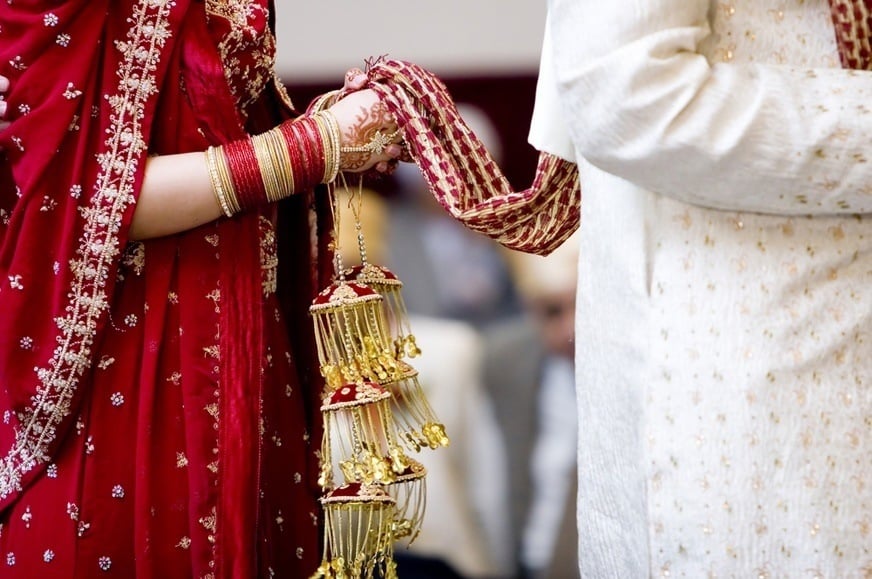 Another interesting ritual associated with the chuda ceremony is putting the ‘kalire’ or tinkling bells. These dome shaped streamers with tinkling silver and gold bells are considered auspicious for the bride. These bells are tied to the chuda by bride’s cousins and friends.

They are like blessings for the bride for her new life and also to remind her of her old friends. It is said that the bride has as many friends as there are leaves in the kalire. So the more leaves the merrier! When the bride bids adieu, she is supposed to hit her unmarried friends and cousins with the kalire and the tinkling bells falls on the girl’s head is considered to get married next, just same as like the Christian wedding; where the bride tosses her bouquet and the girl who catches it is purported to be the next in line to marry.

The dreams and desires of an Indian contemporary woman may vary, but it always adheres something special to define her persona and reflect the woman that she is. Following the dictates of a poignant past and these tiny symbols of marriage can indeed make her feel so married and so much like a woman. With families having double-income and duty groups, where both husband and wives are working to be economically independent for a better future.. Initially, the newly-married brides do not want to hurt the sentiments of their in-laws, so to respect the culture of their husbands’ families, they put on everything that is required for a married woman.

The age-old cultural pressure makes them believe that the image of the bride is complete only with these accessories and in way they enhance the beauty. They mostly wear to make the society aware that they are no more available and they also celebrate their new-found status in the society. 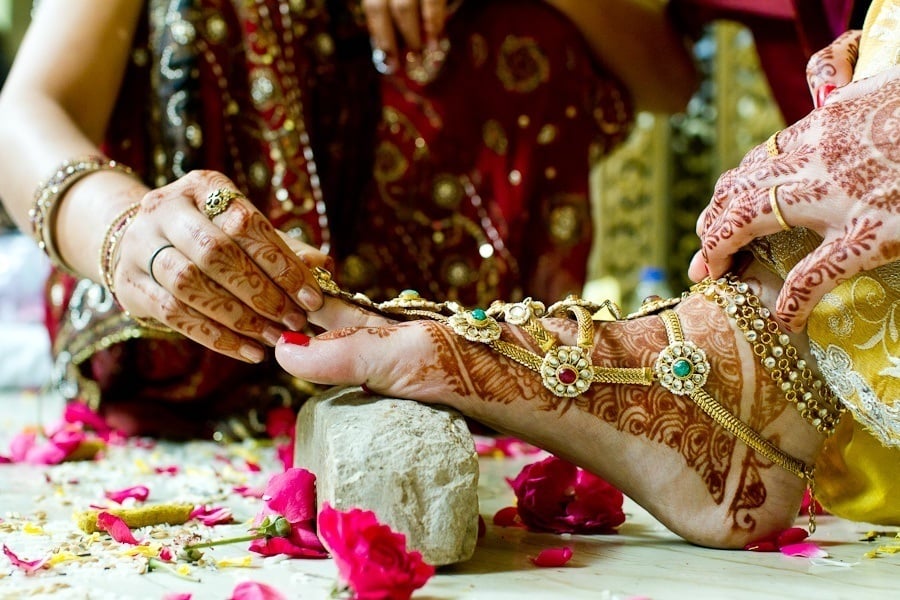 The identification marks on the Hindu married women, such as the bangles, chuda, sindoor, toe rings etc. indicate that they have to observe the societal norms after marriage. However, no other social relations, like being a daughter, sister, mother etc. demand such symbols. 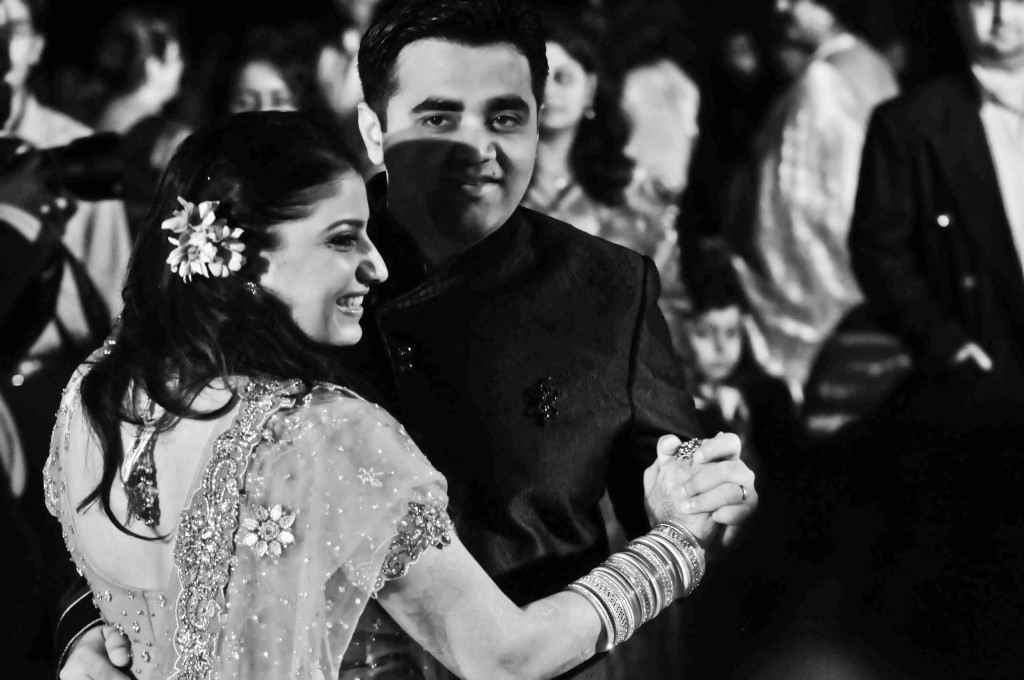 A woman continues to play other important roles simultaneously, still the role of wife has always come up with the highest responsibility in a woman’s life.

15 Ways You Can Wear Pantone’s Colour Of The Year For...

10 Style Commandments a Fashionista should Live By

Bollywood And Hollywood Celebrities Blessed With Motherhood This Year