Fashion and tattoos are an integral part which can’t be separated from each other. It’s like saying that one is an extension of another.

Of late, tattoos are not just connected with art, they are also linked with religion, but in a positive way. Take for instance, Buddha tattoos. 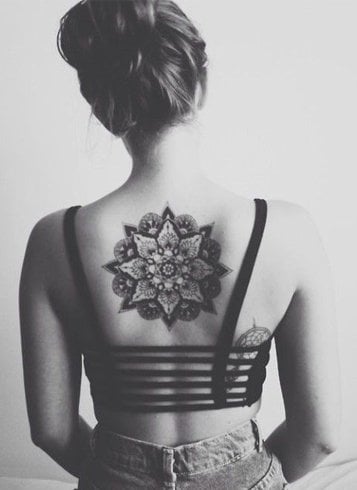 Did you know that before Buddha reached this state, he was once a Prince named Siddharta (meaning “Every wish fulfilled”). That’s because his parents, King Shuddhodana Gautama & Queen Maya, waited 20 years for their child to be born.

It was at a ripe age that The Prince took the path of Buddhahood. He said goodbye to all his riches & possessions, left the castle, and sought a hermit to learn ascetic practices. December 8th was the day, when the Prince became a Buddha, at 35 years of age.

For now, let us check out the world of Buddha Tattoos and find out what makes them different from other tattoos.

When you ask Buddha tattoo meaning, they are all meant to convey the teachings of Buddha, the great spiritual leader and mentor. The tattoos convey the ultimate truth of life – that one needs to overcome all sufferings and temptations of life in order to reach salvation or nirvana.

The word “Buddha” is derived from Sanskrit and means “The Awakened One.” After reaching a state of enlightenment called “Bodhi,” Buddha taught “Dhamma,” which is the state of truth and righteousness found in every human being and the universe. A Buddha tattoo conveys these truths.

Typical tattoo designs show face of smiling Buddha or laughing Buddha tattoo, Buddha in meditation or Buddha seated. The legs of seated Buddha are either in the single or double Lotus Pose, while the hands are inked in various positions to show Buddha’s purpose or life story. 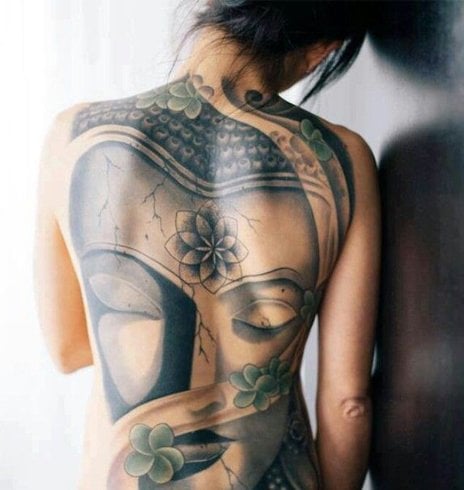 Did you know that Buddha is said to have reached a stage of spiritual enlightenment through deep meditation? I think this makes it befitting to have this tattoo in the form of meditating Buddha tattoo. Few objects such as birds, trees, flowers can be added to the tattoo design to make it more appealing and convincing.

It is a general belief that Buddha got enlightenment under a tree, which came to be worshipped as the Bodhi tree. This particular Buddha tattoo design can be featured in black and grey or vibrant colors. 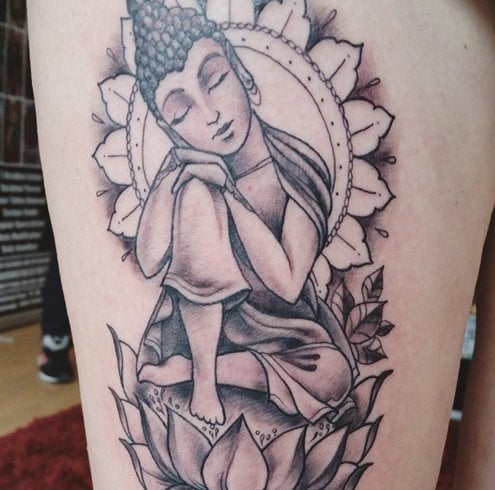 Most of you will simply love the jovial, pot bellied and laughing Buddha tattoo. This type of Buddha tattoo designs is meant for those who like the light hearted Buddha, not the spiritual one. It is ideally drawn on the stomach, with the belly button creating a delight. In fact, you can have the face tattoo of the laughing Buddha inked on other parts of your body, for instance, the shoulder, arm, side, chest, leg or wrist. 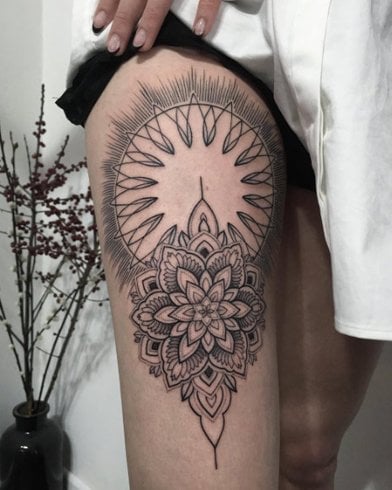 Go by the Buddhist religion, lotus signifies purity and piousness of the soul. That’s because the lotus flower grows in a muddy area, yet maintains its purity. 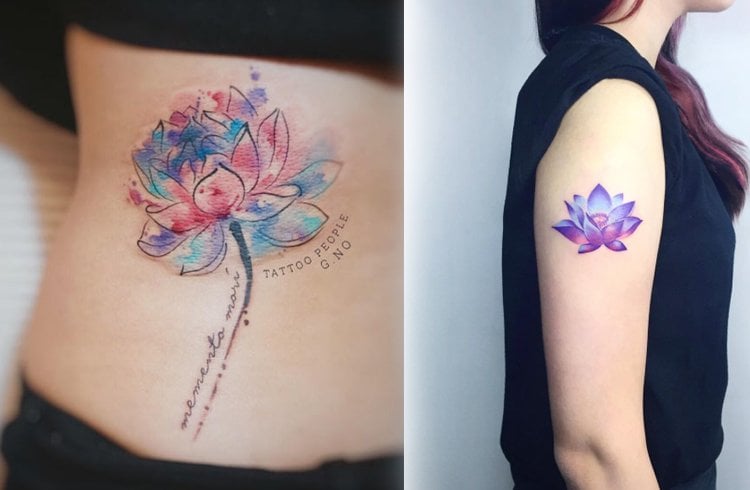 10 Easy Exercises You Can Do Anywhere

Lovely Ladies Of The B-Town Light Up Dubai TOIFA’16

Fashionlady - May 2, 2017 0
With Christmas literally knocking at our doors, it is little wonder that everyone is not only busy preparing for the festivities but are also...