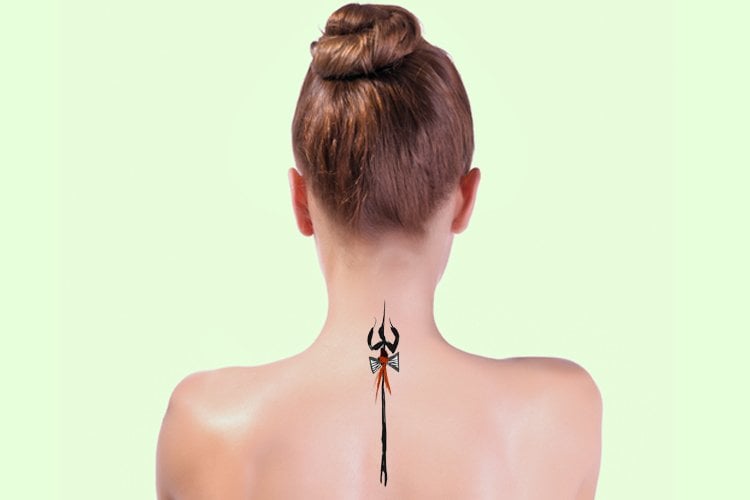 First there was body piercing, then lip augmentation, then hair texlaxing, then vagina facial. Indeed, so much of fashion innovations are happening on the female human body that there is no stopping this trend.

That takes us to the tattoo – not funky ones but religious oriented! This leads us to a question – how many of us would be eager to go for a religion inspired tattoo as compared to the common and fundoo ones based on animals, comical and personality based characters? Well, fashion statements never had any logic in the first place.

So come let us explore the fashion of sporting religion inspired tattoo designs and get a selfie done, what say?

A Historical Look at the Tattoo

A tattoo is an ink design which is inserted into the dermis layer of the human skin using a needle. For thousands of years, tattoos have been used for religious purposes. What was once used as a religious symbol is now used as a popular form of body art.

There is a set of people who have eccentricities in their blood. Those are the ones who are crazy after getting stamps (read tattoos) of strong spiritual and religious inclinations on their body.

Let us take a look at spiritual tattoos from the historical perspective. There is a sense of confusion with many opposing views. The Bible has been quoted as saying that one’s body should be taken care off as it is the abode of the almighty. While one school of thought agrees with this approach, the other school of thought is of the opinion that vandalising the body is a signal of doing adulterous practices and other forms of body abuse rather than doing body art.

As per common logic, what is the harm if a religious motif worshipped by us was tattooed on our body as a form of homage? In earlier times, many Christians had the cross tattooed on their body. This was a statement of their religious beliefs. At the end of the day, it’s a toss between fashion and religion with fashion emerging as the winner on religious grounds!

Since Hinduism has many sects and sub-sects, the scope for getting tattoos in this religion is tremendous. Given the vast number of deities and symbols associated with the Hindu Gods, you will never run out of options for tattoo designs. If there is a tattoo depicting Vishnu the protector, there is one espousing Shiva the destroyer and Kali the fierce goddess.

Buddhism is a serene religion which gives a lot of peace to oneself. Interestingly, Buddhism is also perfect in the form of a tattoo design. It so happens that many designs and religious tattoo designs related to Buddhism have become a hit in the Buddhist sect and non-Buddhist crowd as a form of body art. In this religion, there is bound to be less argument against sporting this body art as many Buddhist monks from Thailand have tattoos on the whole body.

People who follow Islam are of the opinion that decorating the body to enhance the look is amounting to desecration (meaning violation). However, in spite of this logic there are many Muslims who get a tattoo done, irrespective of its less popularity among them.

If you feel intensely about God and want to show the world, then there can be no stopping. So, don’t get inhibited to shout out your religious convictions through creatively designed religion inspired tattoos. After all, a picture says a thousand words as compared to a religious scripture and when you are using your body to express your faith, and then it will surely get noticed.

Beautiful And Affordable Gold Jewellery At Candere This Akshaya Tritiya

Fashionlady - August 21, 2016 0
When you are permanently marking your skin with tattoos – there can be only two reactions – people will either love them or hate...